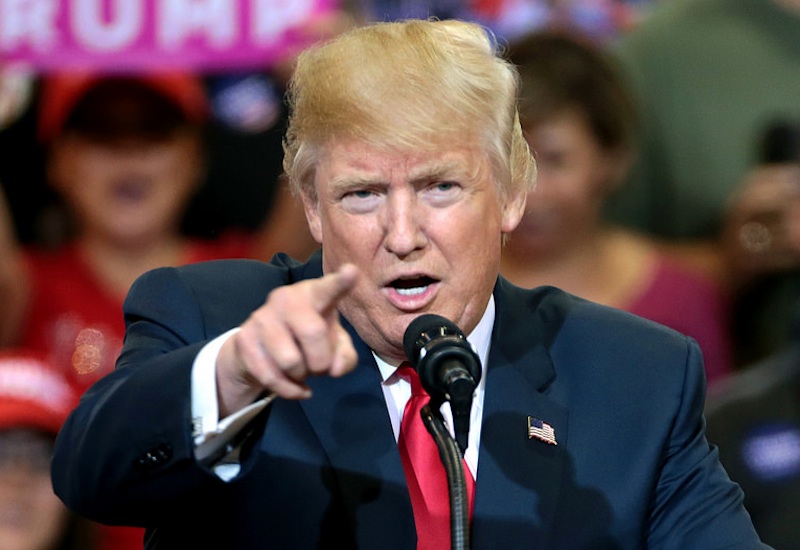 LYNCHBURG, Va. (WOMENSENEWS)–Meagan Shelly, 18, was excited to cast a vote for Donald Trump in her first election last November. She supported the candidate because of his track record of promoting women to top leadership positions in his companies.

But that doesn’t mean she thinks he is perfect.

“The presidency requires tact and a firm sort of finesse, which Donald Trump is often times severely lacking,” said the Liberty University student from her dorm in Lynchburg, Virginia.

In the same way major players in the Republican Party, such as Mitt Romney and Jeb Bush, are trying to get Trump to tone down his rhetoric, some young conservative teen girls are also denouncing Trump’s blusterous approach to the White House.

Teen Voices talked to three Christian home schooled girls in Lynchburg who support the president because of his anti-choice stance, yet find his coarse remarks unprofessional. The city of Lynchburg ranked third in the most Bible-minded cities of 2016, according to Christianity Today. While these girls are proud to call themselves conservatives that doesn’t mean they agree with everything Trump says and does.

For Emma Donahue, 16, the president’s actions against women are the most disturbing.

“I feel like he is exactly the type of person women should avoid because of his mean and vulgar comments and actions toward women,” she said. Donahue is active in the Christian theatre community in her neighborhood. “He should filter what he says but he should filter more than just his mouth. He should filter his heart.”

Madyson Ohler, 16, is less concerned about what Trump says and more focused on his plans for the country. A member of the mayor’s youth council, Ohler wasn’t originally excited about the president.

“I was not a supporter of Donald Trump during the dawn of the election. I thought he was truly incompetent when it came to government and how to communicate effectively with other people and nations,” she said.

That changed once Ohler began researching his views on current issues such as economic policies, diplomatic growth and foreign relations. Now she posts regularly on Facebook about her love for Trump.

“I am willing to take a chance on Mr. Trump and see how he can better our great nation and how he will step up to be a rememberable president,” she said.

These girls’ attitudes towards the commander in chief are not unusual in Lynchburg, with its strong home school community. Linda Hodge, a leader in the home school movement, said support for the president comes from both a religious and educational stance.

“President Trump is about de-regulation, minimizing the government’s interference in a citizen’s life (bank account, at lease, etc.),” she said. “So I hope that includes support for parents making decisions about the education of their children.”

Esther Perry, 16, is excited to be published with Teen Voices. In her spare time she enjoys writing, acting and running.