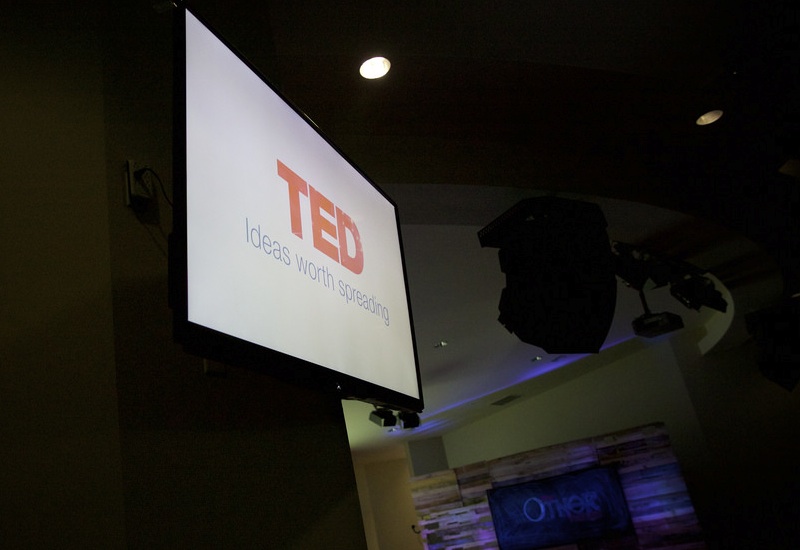 HILLSDALE, N.J. (WOMENSENEWS)–Some of the most famous TED Talks are from recognizable names — Monica Lewinsky, Elizabeth Gilbert, Al Gore – but others are from girls like Caitlin Haacke and Sophie Umazi. They may not be household names, but like the others on this list they’ve created inspirational, informative and important presentations that everybody should see, whether you are a girl interested in science or an adult looking for some insight.

Below are my favorite TED Talks from teens. From girls who have published their own books to those who have discovered helpful bacteria, these talks will motivate you to reach your goals, no matter where you are in the process.

1. “What adults can learn from kids” by Adora Svitak

If you only have time for one TED Talk, watch Adora Svitak tear down the inaccurate use of the word “childish.” The writer, public speaker and activist says “childish” denounces the imagination, wonder and idealism children have. Svitak speaks about her own experiences and how listening to children can be beneficial. Whether it’s between parents and children or teachers and students, these interactions can teach both parties valuable lessons and a fresh perspective. With statements like,“You must lend an ear today for we are the leaders of tomorrow, which means we’ll be taking care of you when you’re old,” she showcases her ideas in a simple, slightly comical way. If one side does not listen to the other, you could be missing out on great new ideas or opinions you never considered. My favorite thing about this talk is that it bridges a gap between parents and children while giving insight into a point many kids are still making today. This talk will be relevant long after its debut. Filmed in 2010, duration 8:12.

2. “A teen just trying to figure it out” by Tavi Gevinson

This is a talk that tells us it’s OK not to know. Tavi Gevinson, the creator of the online magazine “Rookie,” explains how pop culture has done girls and women a disservice by making it seem like we have to have everything figured out at all times. We feel like we have to have our work, school, friends and families all in a neat order. Especially teenage girls. Her argument is that teens should embrace this anxiety and ambiguity as part of the process, instead of getting bogged down in the indecision. She uses examples from the TV shows “Freaks and Geeks” and “Girls” along with easy humor about her own still nascent journey to let us know it’s OK not to have all the answers. That doesn’t mean you never will. Filmed in 2012, duration 7:30.

3. “In our own backyard” by Rebecca Dharmapalan

This talk by 19-year-old artist and activist Rebecca Dharmapalan is insanely inspiring and will make you want to, as cliche as it is to say, change the world. She discusses the child sex trafficking problem in the United States and how she was able to help raise awareness for the issue by taking a stand through her documentary “International Boulevard,” which has won many awards and has been shown in several festivals. The stories and statistics she shares, such as that 100,000 children were trafficked in the U.S. in 2015, tell her audience just a few of the things that must be understood to help fix this problem. Her speech is engaging and direct, showing the issue in a clear light, and reminding the audience that it is fixable as long as people are willing to stand up and try to fix it. Her solution is simple: love your children. Be good to them and they won’t take the bait when those in this trade come along. Her work for the Oakland Youth Commission in her hometown has helped her preach this message. The talk shows that if someone believes something is wrong, they have the power to change it. Filmed in 2015, duration 10:11.

4. “How to write your own story” by Beth Reekles

Based on her 2012 young adult novel “The Kissing Booth,” Beth Reekles’ talk is charming and direct. Reekles was an average 15-year-old British teen with a secret love of writing. One day, bored with the books on her shelf, she decided to write the book she wanted. She took a risk and posted her book on Wattpad, a story sharing website. The results were staggering: 17 million people read and liked her story. By the time she was 17, she got a three book deal with Random House. This story is something many young writers dream about, and a lesson on just going for it. If you want to do something, do it. It certainly worked out for Reekles. It also shows that the Internet can sometimes give you the boost you need to show off that creativity, if you look in the right places. Filmed in 2014, duration 10:39.

5. “How to make positivity stick” by Caitlin Haacke

This talk provides a potential solution for something that’s prevalent in schools today: bullying. Caitlin Haacke’s ideas and actions at school created an international day, known as Positive Post It Day. The concept was created by Haacke after dealing with verbal and online bullying in middle and high school. She learned to stand up to her bullies by simply realizing she is not defined by the harsh words of others. She also discovered how the phrase “Sticks and stones may break my bones, but words will never hurt me” can be misleading, since words can stay with you for a long time. She talks about how the words spoken by her bullies stuck with her more than if they had left physical bruises. Positive Post It Day calls for students to add Post-It notes with kind messages to other students to the walls and lockers of their schools. This can help encourage kids to look for the positive aspects of a person rather than the negative ones. From this talk, girls will realize they do not have to give into despair, and that a few kind words can heal even the worst wounds. Filmed in 2015, duration 11:37.

6. “Discovering the storm” by Tallia Storm

In the summer of 2012, at the age of 13, Tallia Storm was the opening musical act for Elton John in Scotland. Here, she tells the story of how she got this opportunity by leaving her CD with John’s manager at a Hawaiian hotel. She also talks about many opportunities that came her way afterword, such as getting a recording  agreement with Virgin Records and writing a Huffington Post blog. She’s funny and charming and intensely likeable, but the key is that she’s driven by her passions. The takeaway is for people to take advantage of even the smallest moments. The talk will also teach you to  carry with you whatever you need to shine when your moment arrives. Filmed in 2013, duration 13:02.

7. “Breaking down the unknown” by Angela Zhang

Angela Zhang presents a principle her father taught her when she was young: break a big question down into smaller, more familiar pieces in order to answer it. This led to Zhang’s interest in science and the creation of her nanoparticle at age 17, which is now helping revolutionize cancer treatment and patient quality of life. This talk can help teach girls that instead of tackling a large problem at once, to take a look at a piece of it to solve it. This concept is one that spoke to me since I know what it’s like to be overwhelmed by huge projects and problems. But because of this talk, I now feel I can tackle these problems and perhaps make something incredible from where there was once only confusion and stress. Though it has a lot of science jargon, Zhang makes this easy for girls to understands and shows how this method of breaking down problems can work in life, not just in a lab. Filmed in 2012, duration 11:15.

8. “Picture this peace” by Sophie Umazi

This one is quite the tearjerker. Sophie Umazi’s talk is a moving retelling of her experience of the 2007 post-election riots in Kenya. This led her to create “I am Kenyan,” an international crowdsourcing photo experiment that reached people in over 20 countries. Umazi’s talk chronicles the powerful story of her escape from the violence and how her idea came to her. Her point on the power of observation and how a simple act can create such change is extraordinary. She demonstrates this at the beginning of the talk by having the audience focus on something and truly observe what it is and then showed how it can be used for positivity. Filmed in 2013, duration 15:12.

In this talk, Miranda Wang and Jeanny Yao tell of their discovery of a bacteria that breaks down phthalates, a harmful component in plastic products. Their story details how mistakes and accidents can sometimes lead to what you are looking for. This is told through a personal anecdote on how one of their experiments was tampered with, causing them to reexamine what exactly they were testing. This talk shows why its invaluable to have more girls and women in the sciences. The presenters are witty and easy to follow, illustrating their story of discovery with bright smiles and positivity. Girls will be able to learn about the harmfulness of waste and phthalates as well as learn that at times an accident can be a blessing in disguise. Filmed in 2013, duration 9:20.

10. “The female body-perfect” by Leeann Schudel

We’ve all heard about Barbie and the unrealistic body expectations she sets, but not many have heard it like this talk, so informal and relaxed. Leeann Schudel takes on advertising and society’s expectations of female, and at times male, bodies and how those are unrealistic, comparing a normal woman’s proportions to those of Barbie. She also goes into how advertisements can easily deceive their customers, such as by using Photoshop so models look nothing like they do in real life. This may seem obvious, but Schudel is able to show how deep this really goes. She keeps the audience engaged by asking rhetorical questions and speaks about how she is insecure about her body, showing them how they are not the only ones. Her approach to the topic is simplistic but effective. The talk will be a reminder that though there’s been some progress in advertising, magazines and movies, there is still some work to be done. Filmed in 2013, duration 6:41.

Nicole Zamlout is just a girl who loves to write. She hopes you enjoy her work!