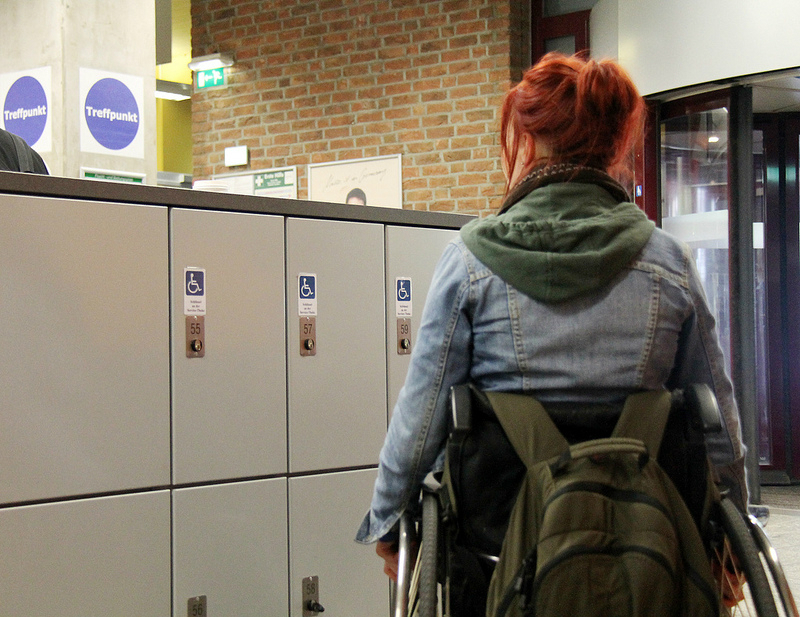 Teen Finds Gap in College Access For Those With Disabilities

The barriers Anna Landre must overcome to get into college go beyond her disability. This article is part of Teen Voices’ Girl Fuse series, featuring stories by and about girls with disabilities.

FREEHOLD, N.J. (WOMENSENEWS)– Growing up, there was never a question whether I was going to attend college. My family considers postsecondary education a must, and my good grades have been a steady indicator that college is the place for me. But as the due date for college applications nears, this lifelong certainty has been turned on its head. Apparently, it doesn’t matter that I have a passion for learning, that I’m top of my class, that I dream of college life. What seems to matters more is that I have a physical disability, meaning that traditional college life is far from a given.

The number of students with disabilities enrolling in colleges and universities in the United States is at an all time high and rising. Assured by the support of anti-discrimination legislation and the strength of advocacy groups, this number is seemingly an example of successful integration of people with disabilities, America’s largest minority, into postsecondary education.

Legally, colleges and universities are prevented from discriminating against students based upon disability under the Americans with Disabilities Act. What this means is that you can’t be denied entry to a school simply because you’re disabled — but what it doesn’t mean is that colleges have to give students the same caliber of assistance the students received in high school. Even before becoming a committed college student, students with disabilities face barriers in care costs and social stigma.

I’m a high school senior from a middle class New Jersey family. As anyone knows, college costs can be prohibitively expensive, and with four siblings younger than me, it’s expected that I try to find scholarships to offset the cost of tuition. This is a struggle that most college-bound student contends with, and those with disabilities are no exception. Unfortunately, while scholarships for many minorities are becoming more common in order to increase opportunity and diversity, from my personal experience in the college search, scholarships given by colleges for students with disabilities are more few and far between. As the world’s largest minority, disability-based scholarships should be a staple in every post-secondary institution, aiding in covering often exorbitant college costs. However, in addition to worrying about tuition, students who have a disability also have to worry about finding the money to pay for an aide to help with tasks of daily life. Where an able-bodied student can roll out of bed, throw on sweatpants and go off to class, severely disabled students and their families may have to pay up to $15 an hour for someone to help them do the same. Some students, like myself, have a certain amount of care costs covered by insurances like Medicaid. But some insurance companies don’t offer this sort of coverage, leaving students to fend for themselves financially. The guidelines for Medicaid eligibility, too, have changed — even though I qualified as a young child, I’m friends with other, similarly disabled students who have been denied. Many colleges and universities don’t provide cost assistance for these situations, either.

“Care is a particular issue and it’s one that our policies are poorly structured for,” said Sam de Leve, a disability policy activist based in Los Angeles, over Facebook. De Leve used a cane during part of college and later a wheelchair in graduate school. “Many people with care needs can only find coverage through Medicaid and find themselves trapped in requirements that make college even more unaffordable and require taking on debt that may be virtually unpayable.” The burden is on the student to search for resources outside of Medicaid. Local and state agencies, including the Center for Independent Living and Office of Vocational Rehabilitation, can independently provide resources that Medicaid can’t and help teens negotiate Medicaid requirements.

However, colleges can work towards solving this problem and welcoming a more diverse student body by offering scholarships specifically aimed at students with disabilities. George Washington University, in Washington D.C., already does this in the form of its Mei Yuen Hoover Scholarship.

One of the recipients of the Hoover Scholarship, Alexa Dectis, uses a motorized wheelchair and has limited upper and lower body strength. She told me recently in an interview how it affected her college career: “The scholarship made it possible for me to attend GW—it allowed me to pay for some of the accommodations I need. Because my tuition is lower, I can afford to live independently in a city, despite having a physical disability.”

Likewise, for female students, the benefits of going to college are more than just educational. Not only are they more likely to go to college than their male counterparts, but among girls with disabilities, there is a significant increase over time in seeing friends frequently while in college. College life presents a crucial opportunity for girls with disabilities to expand their social horizons and increase society’s inclusiveness.

“I felt oddly commodified,” said Xena Itzkowitz in a phone interview about her college search before she ended up at American University, where she brings a canine assistance dog to class every day. “I was treated differently than my peers on tours — given special attention, places in the front of groups… [American University] made it very clear to me that I wouldn’t be a student with special needs on campus — I would be Xena.”

The social stigma attached to having a disability can be enough of a boundary itself. A 2005 study by SRI International found that students with disabilities were less expected to go to college than their able-bodied peers. In fact, while 92 percent of parents of able-bodied students expected them to go to college, only 61 percent of parents of kids with disabilities envisioned the same. This is not only a classic example of ableism, part of which is when less is expected of people with disabilities than is expected of able-bodied people, but is also a concrete result of financial and medical barriers creating attitudinal ones as well. Parents of disabled children are often extremely overprotective, and continue this harmful stereotype themselves. If a child with a disability is never raised with the expectation of independence at college as an option, they’ll likely never see it as possible for themselves.

Yet, even if a student with a disability pushes past the pre-college financial and social barriers toward their education, there is significant evidence to suggest that college life will have these hurdles, too. College is a time when students are supposed to meet new people and explore independent life, but in instances of social interaction and dating, stigmas are attached to students with disabilities and even those with whom they interact. In one report, social psychologists found that the dating partners of college students with disabilities were stereotyped as being less intelligent, social and athletic than their peers. And when George Washington University conducted a study on the attitudes of able-bodied undergraduate students toward their disabled peers, it found that able-bodied men scored much lower than able-bodied women in the subscales of dating, marrying and working with a disabled peer. The able-bodied men surveyed were particularly less open to having romantic relationships with people with disabilities. Several studies in past decades have also shown that female college students have more favorable attitudes towards people with disabilities than male college students.

Oftentimes, even colleges themselves can misunderstand the needs of students with disabilities and how to respond to them.

“Many colleges don’t realize how ‘historic’ isn’t something that someone with a disability wants to hear,” Itzkowitz explains, recalling how certain recruiters would proudly stress the existence of old buildings on campus while talking to her, not thinking about how this could prove an obstacle to a student with a disability. “Oftentimes, colleges do not have to update historic buildings to meet accessibility standards.”

And the solution to this disconnect can be as simple as asking people with disabilities what they’d like to see. Of her own college, Itzkowitz would suggest a program linking prospective students with disabilities with disabled students already living on campus. “It’s all well and good to hear from able-bodied adults that you can live a ‘normal’ life, but I would have loved the opportunity to explore what the environment was like for someone with a disability.”

De Leve, too, knows what policies would help level the playing field: “Better supports through disability-specific scholarships and better economic policies for people on benefits would allow disabled students to get education without foregoing care or placing themselves in precarious economic situations that disproportionately impact disabled people.”

Above all, students with disabilities simply want the same opportunities for a higher education as everyone else. This means implementing common sense solutions, like specialized scholarships, to level the playing field in terms of financial burdens, and perhaps most importantly, opening up lines of communications between students with disabilities and higher education institutions.  Every college has a Disability Services office on campus, and the more they learn to listen, the more they can help.

As Itzkowitz recalls, colleges were ”very insistent that I would be treated like anyone else. These were things that I assumed would happen anyway! By telling me how ‘normal’ my experience would be, all these schools did was point out to me how differently they actually saw me.” 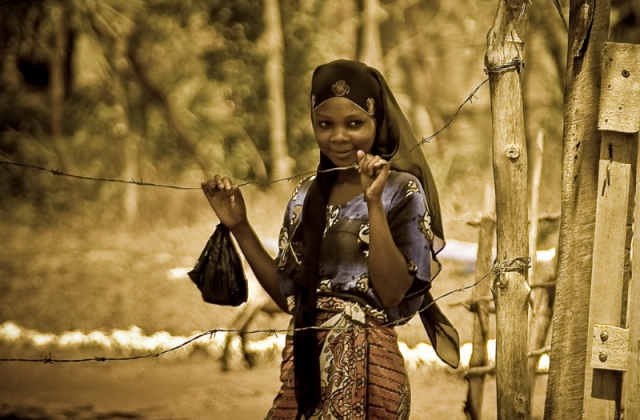 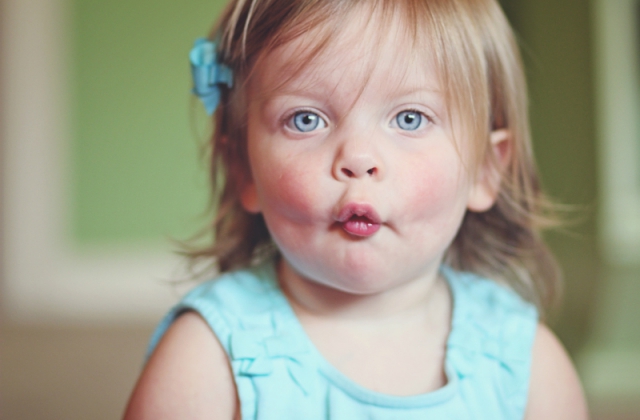