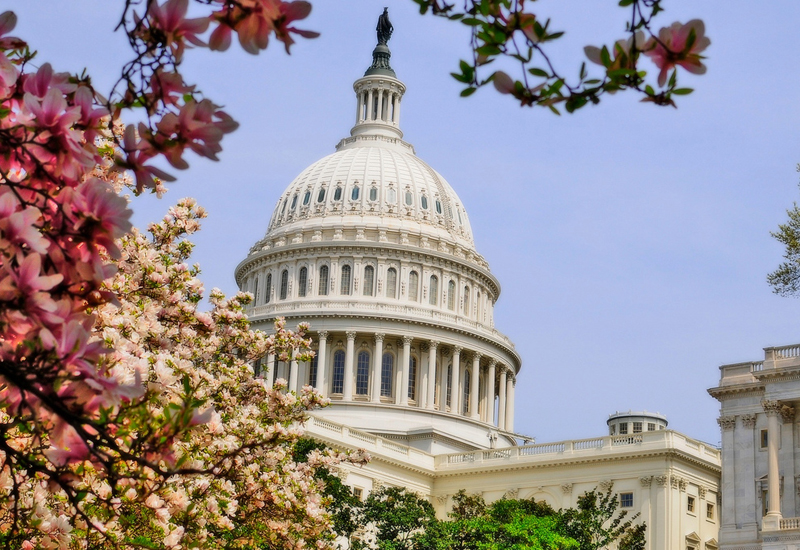 John McCain, a formidable fundraiser, faces Democrat Ann Kirkpatrick in Arizona, in one of the country’s most expensive Senate races. Meanwhile, the two women bidding for Barbara Boxer’s seat in California are also each raising millions.

(WOMENSENEWS) –A woman’s place may be in the U. S. Senate, but millions of dollars are required to get them there.

Just look at what is going on in California. The country’s 10th-most expensive Senate race includes two female Democrats who won the most votes in the state’s “jungle system” of open primaries, where the top two vote getters compete in the general election regardless of political affiliation.

Attorney General Kamala Harris and Rep. Loretta Sanchez, who together raised a total of more than $17 million, are competing for the seat of Democrat Barbara Boxer, who is retiring.

The 2016 Senate races—which feature 17 women in all running for one of the two major parties–are expected to break spending records as the Democrats strive to gain four seats to take control. The Republicans are defending 24 seats, the Democrats 10.

Currently, there are 14 female Democrats and six female Republicans in the Senate, just 20 percent of the total 100 seats. Only 46 women have ever served in the Senate, including 29 Democrats and 17 Republicans, according to the Center for American Women and Politics at Rutgers, the State University of New Jersey in New Brunswick.

Incumbents, as usual, are enjoying a big financial advantage this election year. They had raised an average of $10,093,653, compared to $1,024,983, for challengers as of Aug. 16, the Center for Responsive Politics reported.

But this year, challengers are more likely to be elected, notes Debbie Walsh, director of the Center for American Women and Politics. “There is tremendous dissatisfaction with the status quo,” she said in a phone interview. “Voters are angry at Congress and eager for change.”

In Pennsylvania, the most expensive race, more than $35 million has been raised by the two candidates; incumbent Republican Pat Toomey and Democratic challenger Katie McGinty. A former state and federal environmental policy official, McGinty led Toomey 38 to 30 percent among registered voters, according to a poll released by Franklin and Marshall College on Aug. 3.

The highest profile bid to unseat an incumbent stars Rep. Ann Kirkpatrick, a Democrat, who is hoping to deny Republican John McCain a sixth term. Their Arizona race is currently the ninth-most costly of the 34 Senate contests, notes the Washington-based Center for Responsive Politics, which uses the quarterly reports of the Federal Election Commission, or FEC, to track campaign spending.

As of June 30, Kirkpatrick had $2.4 million in cash, found the Center for Responsive Politics. With 61 days to go before the GOP primary on Aug. 30, McCain had $5.2 million.

Support by women’s groups will be crucial, as Emily’s LIST noted when it announced it would provide financial support for Kirkpatrick and eight other female Senate candidates in 2016.

“McCain will have the help of the same extremist donors who bankrolled his 2008 campaign against Barack Obama,” noted the Washington-based organization, which raised $26.8 million in the first half of 2016, its largest haul since it began supporting pro–choice female Democrats in 1985. “The GOP will be dead set on holding on to this seat– and they will stop at nothing to win. Ann has run tough campaigns in the past– and she knows what she’s up against this year.”

As of June 30, the center reported, McCain, the 2008 GOP presidential nominee, had raised $11.7 million, $7 million more than Kirkpatrick, who is completing her third term in the House.

“Incumbents are reelected more than 80 percent of the time because they are better known, can gather media attention and can raise money more easily than challengers,” she said in an email interview.

A large war chest is a major asset because it discourages challengers from running and donors from contributing to opponents, said Fridkin, co-author of “No-Holds Barred Negative Campaigning in U.S. Senate Campaigns,” published in 2004.

“Women have a harder time getting their message out,” Fridkin explained,” because female candidates still receive less favorable news coverage than men. Even controlling for partisanship and experience, it is often more difficult for women to control their message, because there is a bigger disconnect between what women candidates are saying in their messages and what the media are reporting.”

Because Arizona voters tended to be conservatives who favor Republicans, McCain has never faced a serious challenge during his 35 years in Washington, said Earl de Berge, research director of the Phoenix-based Research Center, an independent, nonpartisan organization that produces the Rocky Mountain poll, in a phone interview.

This year, however, McCain and Kirkpatrick, a former prosecutor who grew up on a Native American reservation, are neck and neck in the polls.

Individuals and PACS devoted to women’s issues have been Kirkpatrick’s most generous supporters since 2008, when she won a four-person Democratic primary by 19 points and was elected to the House from Arizona’s largest congressional district. They have contributed nearly 1 million of the more than $14 million raised.

EMILY’s LIST, which raised $432,529 for Kirkpatrick’s four previous campaigns, was her top supporter in the first half of the current campaign with $38,450.

Sixty-six year old Kirkpatrick also collected $10,000 from the Los Angeles-based Women’s Political Committee, which has been raising funds for female candidates across the country since 1979.

McCain has been a fundraising powerhouse, raising more than $488 million.

In this race, he has raised more in the current campaign from individuals ($7,481,508) than Kirkpatrick ($3,941,924) and received larger sums, according to an Aug. 16 report by the Center for Responsive Politics. Only 5 percent of McCain’s contributions were less than $200 compared to 30 percent of Kirkpatrick’s.

In recent years, most of McCain’s war chest has been spent defeating arch conservatives in GOP primaries rather than in general elections against under-funded Democrats.

Ward, who has strong Tea Party support, told Salon Aug. 4 that she “didn’t want a political career” but had entered the race because 80-year-old McCain is “the incumbent of incumbents.”

“I’ve got a great life as a wife, and a mom and a family doctor, a person who gets to serve the people,” said 47-year-old Ward, who had spent $981.848. “But I’m running to empower the Border Patrol to keep people from coming into the country illegally, not to welcome them with a basketful of goodies and a bus ticket from Phoenix to points unknown across the U.S.”

Campaign costs escalated this summer, thanks to the warring ads of McCain and Ward.  Arizona is not a large state but Phoenix is the 12th largest media market in the country so ads are costly, said Fridkin, at Arizona State University.

After avoiding a primary in 2004, McCain spent over $4.6 million to defeat Democrat Stuart Starky, an eighth grade social studies teacher who had raised a mere $12,716.

To win his fifth term in 2010, McCain invested $21 million—10 times the amount raised by his opponent J. D. Hayworth–to win the GOP primary with 56 percent of the vote.

McCain’s ads denounced Ward as “Chemtrail Kelli” because in 2014, she organized a town hall meeting to explore the conspiracy theory that airplanes were spraying dangerous chemicals through contrails, the thin trails left behind the planes, posing a threat to Arizona’s weather.

Ward’s ads retaliated by claiming that McCain was “a gun-grabbing globalist.”

Ward, who had tried to repeal Arizona’s law against sawed-off shotguns, has been endorsed by the National Rifle Association, Gun Owners of America and other groups that have attacked McCain for being soft on the Second Amendment.

“Avoiding a primary, as Kirkpatrick did this year, enables challengers to concentrate on getting their message out and obtaining the financial support they need in the general election to run expensive ads and mobilize voters,” said Walsh, of the Center for American Women and Politics.

Walsh added that financial support by the national parties is critical for the success of Senate challengers who may not be well-known outside their states. “It says to potential contributors, ‘here is a candidate that has done well in previous races and who can play an important role in the Senate,’” said Walsh.

Like most Republicans in Congress, McCain has received more campaign contributions from business than Democratic rivals. McCain has earned $1,147,381, dwarfing Kirkpatrick’s $106,500.

Kirkpatrick also received $10,000 each from the leadership PACS of some fellow Democrats:  A Level Playing Field, founded by Massachusetts Sen. Elizabeth Warren; AmeriPAC: the Fund for a Greater America, founded by Rep. Steny Hoyer of Maryland who is the Democratic whip in the House; and the New Democrat Coalition, a Centrist Democratic group chaired by Rep. Ron Kind of Wisconsin.

Unions, which have been backing Democrats since the 1930s, are also expected be a major source of funds for Kirkpatrick this fall.  As of June 30, she had raised $221,000 from unions, ranging from the Transport Workers to United Food and Commercial Workers to the American Federation of Government Employees. McCain had received only $7,000.

McCain, meanwhile, is expected to rake in money from military contractors and groups with an eye on military aid.

As chair of the Senate Armed Services Committee, McCain is expected to attract contributions from corporations, individuals and advocacy groups this fall that have a strong interest in President Obama’s proposal to spend $585 billion on national security and defense in fiscal year 2015, especially in the volatile Middle East.

NorPac, which backs candidates and members of Congress who support Israel, was McCain’s leading supporter in the period ending June 30, the Center for Responsive Politics found. McCain received $76,793 of the $941,113 NorPac had raised. In the past, NorPac has lobbied for stronger Iran sanctions and additional funds for Iron Dome and other anti-missile systems for Israel. 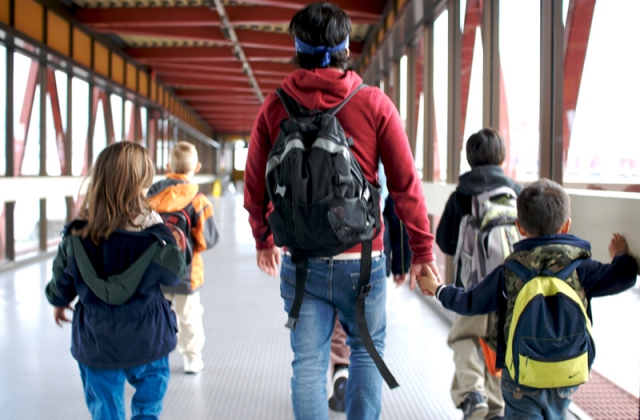 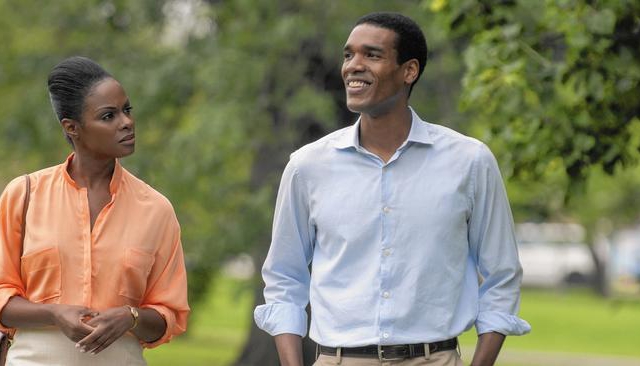 Movie Reviews: ‘Southside with You’ Good for Dates, Light on Insight