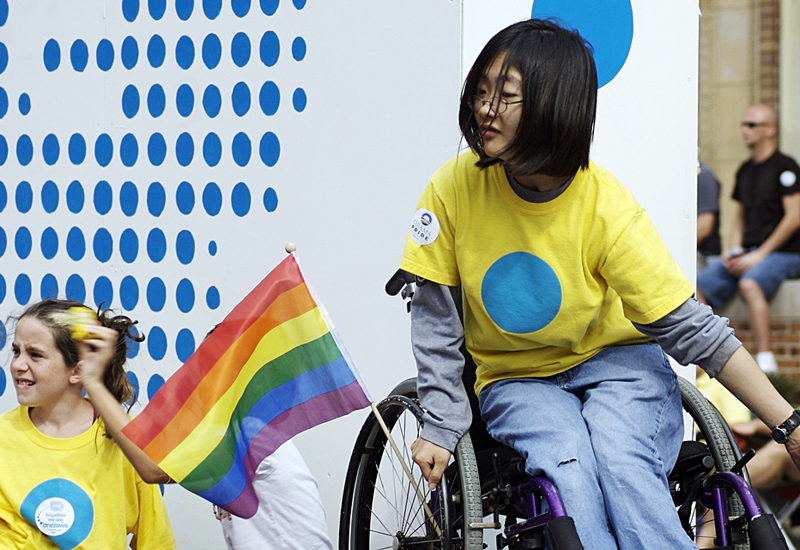 As a bisexual teen with cerebral palsy, Megan Fry had a hard time fitting in until she joined her school’s Gay Straight Alliance. This story is part of Teen Voices’ Girl Fuse series, featuring stories by and about girls with disabilities.

(WOMENSENEWS)—Being born with any kind of disability can outcast you. Already, you are sitting in a corner feeling like there is nowhere you belong. As a bisexual girl with a disability, I’m beyond trying to fit in.

When I was born, I lost oxygen, which led me to have cerebral palsy. I am nonverbal and use eye-tracking technology to communicate. Basically, I use my eyes to indicate words and letters on a computer screen and then the computer “speaks” my words out loud. Despite this, my childhood was pretty normal. When I was in middle school, some girls made a guy ask me out as a joke. After a while of us “going out,” he started to have feelings for me. Everybody teased him for liking a wheelchair girl. That was the end of our relationship. I felt rejected because I thought I was not attractive enough to overthrow the force of peer pressure.

When I was 12, things started to change. My girlfriends came over and we would have fashion shows and gossip, but something was off. During a movie, I would have my parents or caretaker assist me to go on the couch to snuggle with the girls under a blanket. Having their arms around me, I felt a sense of warmth that I didn’t understand yet.

Between the ages of 13 and 14, I had a best friend. We did everything together. We were inseparable. One night, we went out for dinner at our regular spot. While waiting for the check, she sat next to me and put my arm around her as she leaned onto my chest to rest. After dropping her off at her house, I asked my other friend why I wanted to kiss her. The response was, “There are not any boys that are interested right now, so maybe that’s why.” In the moment that sounded like a logical explanation and I went on with my life.

A year later, I realized I had feelings for another girl. I was in denial for a long time. The question was buzzing around my mind: Am I gay? I was confused because I was still checking out the football players. One afternoon my mom found me in my room crying. After an hour of my mom trying to get me to tell her why I was upset, I still wasn’t giving in. She just hugged me and said “Well, I always will love you even if you are in love with a 50-year-old, gay or killed somebody.”  We laughed, but still I was not ready to tell her.

Eventually, I got the courage to tell my mom about my feelings for the girl. I typed my story out, and called my mom into my room to talk. I was in tears when the computer spoke my message. Although I did not know what label I was, I told her all about my crushes, including boys and girls. I didn’t stop crying for at least an hour while my mom just held me in her arms.

Doing research on the web, I found myself drawn to the word “bisexual.” I slowly came out to my close friends and family. I was in shock about how accepting they were. I even told the girl that I was in love with her. As I came out to more and more people, I felt complete. However, a few people still tilt their heads at a girl in a wheelchair not only being sexual, but being bisexual too. One question I keep getting is, “How can I have sex with a guy much less than a girl?” My response always is “Well, that’s just common sense. I have to be on the bottom which is so much fun.”

The beginning of my junior year of high school, I was scrambling through the list of school clubs. I spotted the Gay and Straight Alliance. Although I was not straight or gay, I went to check it out anyway.

I was nervous because I didn’t know how my peers would react to someone in a wheelchair who is bisexual. To my surprise, they were nothing but accepting. For instance, it was the night of homecoming. The entire club decided to come to my house to get ready. As I was going into my van, my wheelchair broke. My mom told my friends to go ahead. My parents managed to push me inside. As I felt tears running down my face, the doorbell rang. It was all the club members standing on the front porch with a girl holding a pizza box. I never felt more accepted in my life. My dad got out his tool box and got to work. By the time we were done eating, my chair was fixed. I gave him a big hug and ran out of the door with my friends. As the year went on, the more confident I became. I started to form more relationships. Within a year, I was the president of the club.

As an advocate for LGBTQ+ with disabilities, my plan is to become a public speaker or journalist to be a voice for this group. Still beyond trying to fit in, I’m going to use my status as an outsider to celebrate all bisexual girls in wheelchairs. 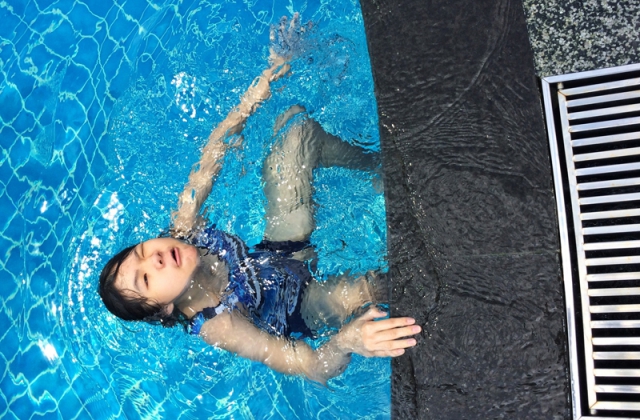 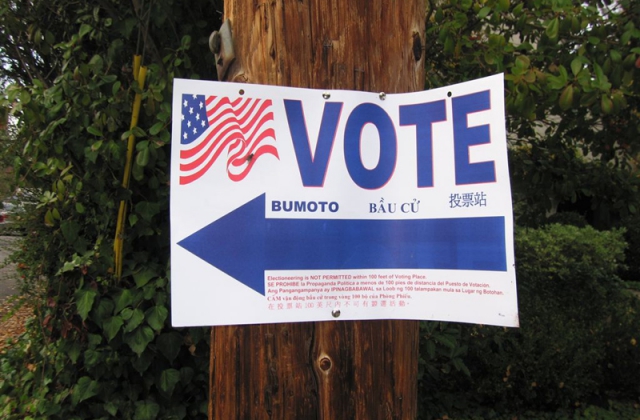 First Timer: Why I Must Vote As a U.S. Citizen