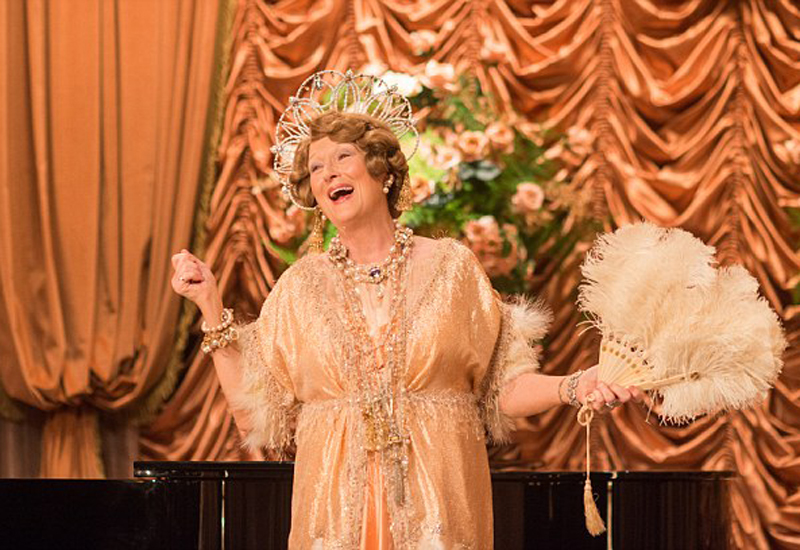 And the list of strong documentaries opening this week includes Molly Bernstein’s “An Art That Nature Makes: The Work of Rosamond Purcell.” Go see it; you’ll never look at a garage sale the same way again.

(WOMENSENEWS)—“Florence Foster Jenkins” presents the utterly engaging truth-based tale about an eccentric New York socialite who was an avid opera patron and self-styled diva with delusions of her own greatness. During the early 20th century, she staged private opera galas presenting top and up-and-coming stars, finishing each cavalcade with her own lavishly staged and costumed solo performance.  Unfortunately her voice could shatter glass and she couldn’t carry a tune. Sycophantic friends indulged her by playing “emperor’s new song,” but critical ears encroached when she decided to go public in Carnegie Hall. And what happened then?  See the film. As Florence, Meryl Streep is funny and heartbreaking, and she manages to sing badly very, very well. Brava for Florence, for Meryl and for director Stephen Frears’ sublimely beautiful production.

“Florence Foster Jenkins” calls to mind a similarly themed film, the dazzling “Marguerite,” reviewed here on March 11. Take a peek and see how they compare.

“Disorder,” filmmaker Alice Wincour’s disturbingly violent thriller, spins on the paranoid mindset of an ex-soldier (Matthias Schoenaerts) whose war-induced PTSD makes him super sensitive to perceived dangers. This heightened awareness comes into play when he’s hired as a private security guard for a wealthy housewife (Diana Kruger) and her son. The plot progression and intense performances put you inside the paranoia. It’s an uncomfortable ride, but one that tours today’s threatening social and political landscape. The film indirectly poses the question of whether any of us feel safe, and what can we do about it?

“My King” is a roller coaster ride of a romance that tracks the troubled love trip taken by Tony (Emmanuelle Bercot) and Georgio (Vincent Cassel), alternatively soaring to ecstatic heights and plummeting to the depths of discord.  French director Maiwenn co-wrote the screenplay with Etienne Comar, but many of the scenes are actor-improvised. That creates immediacy and compelling character development, but also puts storytelling and linear plot points in second place. The brilliant performances are filled with intense drama, but the film is too long; like a bad marriage. But maybe that’s the point. Love is complicated and this disjointed romance captures all of its many moods and nuances. In French, with English subtitles.

“Pete’s Dragon,” a tale of bonding between boy and beast, is Disney’s remake of its 1977 eponymous mixed-animation movie about an orphaned boy, Pete (Oakes Fegley), who has survived for six years in the woods alone. Well, not alone – there’s Elliot, the friendly green (animated) dragon who has taken Pete under wing, so to speak. Pete is discovered by forest rangers played by Bryce Dallas Howard, redeeming herself from high-heeled histrionics in “Jurassic World,” and Robert Redford. They also find the BFF dragon, landing Elliot on the most-wanted for capture list. The story is pro-Elliot and sweet, perhaps even treacly. But it’s good family entertainment.

”Blood Father” is a down-and-dirty coming-of-age road trip thriller in which a badass absentee dad (Mel Gibson) scrambles to reunite with and save his badass damsel-in-distress drug dealing teenage daughter (Erin Moriarty). Criminal cohorts are out to kill the teen for crossing them and cops want to capture her for killing one of the cohorts. My eyes roll upward, I confess, but if there is anything in that description that appeals to you, see the film. Director Jean-Francois Richet and scribes Peter Craig and Andrea Berloff deliver a package with all of the badness you expect to find in it. And that’s really all I have to say about that.

“Abortion: Stories Women Tell” is an important addition to the right-to-choose canon, including the equally compelling and informative “Trapped” and “12th and Delaware,” that are raising awareness about the current high pressure challenges to abortion rights. This film has women telling their own abortion stories. Shot intimately and with fly-on-the-wall authenticity by Tracy Droz Tragos, the film focuses on the personal implications and impact of abortion rather than on statistics and political or philosophical considerations.

In “When Elephants Were Young,” filmmakers Patricia Sims and Michael Clark effectively advocate for the protection of Asian elephants by following a young Thai man and the elephant – a young female — he owns and uses to beg illegally on the streets of Bangkok. As the film follows the evolution of their relationship, we begin to understand the marvelous intelligence and emotional complexity of the elephant, who is clearly suffering from the urban environment. William Shattner’s voiceover narration introduces statistics and experts who speak about the Thai tradition of keeping elephants, problems of tusk poaching and trafficking, the diminishing natural habitat and other impediments to elephants’ ability to lead a “normal” life in the wild. Released on World Elephant Day, which is Aug. 12, the film delivers some stirring surprises that just might ignite your elephants’ rights activism. And, it’s great a great film to see with youngsters.

“An Art That Nature Makes: The Work of Rosamond Purcell” is filmmaker Molly Bernstein’s profile of the photographer. Purcell appears on camera to discuss her philosophy of photography, and we see her at work in her studio and in the field. Art curators and collectors offer comments and analysis on her unique visual nexus of decaying items and the beauty that holds them together. You’ll never look at a garage sale the same way again. The film opened Aug. 10.

Stay tuned for next week’s reviews and movie news. 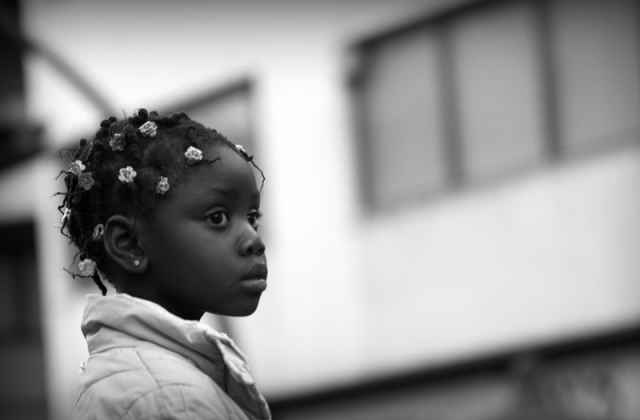 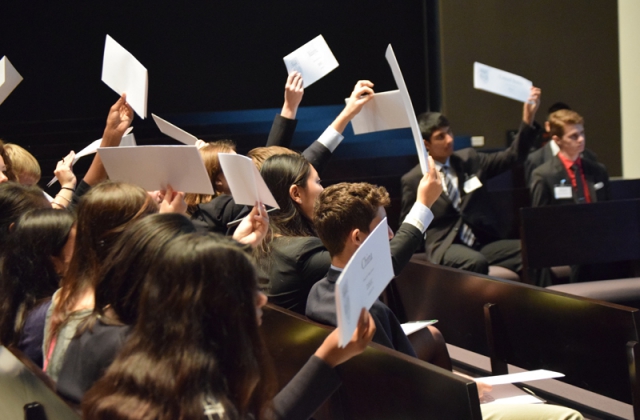 For Some Girls in a Top Model UN Club, the Sexism Is All Too Real