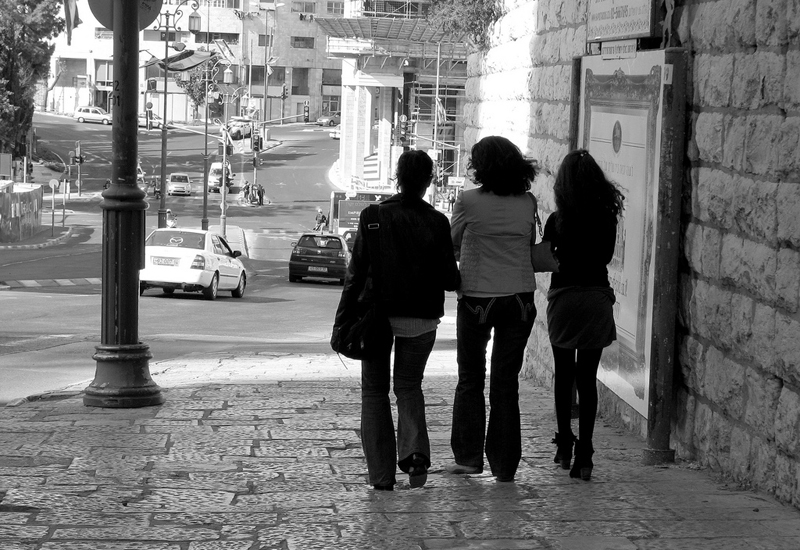 JERUSALEM  (WOMENSENEWS)— Orit Sulitzeanu, director-general of the Association of Rape Crisis Centers in Israel, says an important effort is underway here to address the barrage high-profile cases of sexual harassment and rape.

“This is the first program of its kind in the world, teaching those in power – who are mostly men – to recognize their responsibilities towards their subordinates, who are mostly women,” Sulitzeanu tells Women’s eNews.

The program involves a collaboration between the Association of Rape Crisis Centers in Israel, founded in 1990 as an umbrella organization for Israel’s nine regional Rape Crisis Centers, with the Standards Institution of Israel, a statutory body responsible for setting standards for products and services.

The project, says Sulitzeanu, aims to develop a new institutional culture. It will try to get places of work – including municipalities, private companies and even units in the military — to sign a voluntary code of practice.  “They are also engaging in workshops and other kinds of training,” she says.

Rape, including marital rape, has been a felony since the early years of the state. The 1998 Law Against Sexual Harassment provided a broad interpretation of sexual harassment, broadened the definitions of rape and assault and made sexual assault a criminal offense.

But over the past few months, Israelis have watched a blur of famous, powerful men get brought down by accusations of rape and sexual harassment.

In April, convicted rapist and former president of the State of Israel, Moshe Katsav, promised to appeal the denial of parole by a board that concluded: “In front of us is a prisoner who denies the crimes that he committed, who continues to claim his innocence…as though there had been no legal process.” Nor, the board noted, has he ever expressed any remorse. (In late June, Katsav appealed to have time cut off his sentence for good behavior; a decision is pending.)

Katsav is the highest ranking Israeli political official to have ever been convicted of gender-based violence, and the crimes of which he was convicted are the most atrocious.  But he’s hardly alone.

In late May, a survey by a TV channel found that not just the majority, but almost all of Israel’s 32 women in parliament have been harassed, some within the parliament itself.

In April, the Israel Defense Forces chief of staff cancelled a high-level appointment of Brig. Gen. Ofek Buchris, an up and coming career military soldier who holds a citation for bravery, after allegations of multiple incidents of rape and sexual harassment by a female subordinate.

In February, well-regarded actor Moshe Ivgy, 62, was suspended from his position in the Haifa repertoire theater and subsequently placed under house arrest after news reports that six women who formerly worked with Ivgy said he sexually harassed them.

In December of last year, Interior Minister Silvan Shalom stepped down from decades of public life after 11 women came forward with accusations of sexual assault.  (The police have since declined to press charges, citing statues of limitations on most of the incidents.)

There have also been a long string of sexual harassment scandals in the highest echelons of the Israel Police Force, leading to resignations and suspensions.

However, unlike the case of former President Katsav, in most of these cases, there were no accusations of violent rape.

And unlike Katsav, who waged a nasty PR war against his accusers and stubbornly refused to resign until criminal proceedings began, most of these men resigned or were suspended before any women made formal complaints to the police. In most of the cases, the accusations were made anonymously to journalists and bloggers, leading to massive social and media pressure.

Riki Shapira Rosenberg is an attorney with the Israel Religious Action Center of the Israel Movement for Progressive (Reform) Judaism. Rosenberg says the mounting social and media pressures on sexual harassment show “that what was maybe forgivable in the past is forbidden today, according to both the basic values of society and to criminal law.”

But Sulitzeanu, of the Association of Rape Crisis Centers in Israel, notes that norms, despite the country’s far-reaching law, have been slow to change. “We have the tools to fight sexual harassment and create equality,” she says. “We have the organizations and even politicians who are dedicated to these goals.  But normative social change takes time. Some men are taking responsibility, but the burden still rests on the women victims, who will have to keep coming forward and tell their stories.”

Following actor Ivgy’s suspension, one of his co-stars, interviewed on Israeli radio, defended his friend by saying, “We’re together in one of the performances, and there’s a young actress there, she’s very pretty, and believe me, she’s worth harassing.”

The interviewer, a well-known radio personality, did not comment.  A supporter of suspended officer Buchris, interviewed anonymously, also on Israeli radio, emphasized Israelis’ regard for the military and said, “Even if Buchris made a mistake with a girl here or there, we should remember that he is a decorated war hero and just let it go.”

And despite the ongoing revelations of institutionalized sexual harassment in the police force, recently appointed national Police Commissioner Roni Alsheikh, in one of his first decisions in his new position, instructed the department to ignore any anonymous complaints.

Moreover, while the law allows for stiff sentences, with a maximum sentence of 16 years, judges tend to be lenient.

In one well-known case, last December, Niv Nahman, a night-life celeb who the police suspected of using the date rape drug GHB, was sentenced to six months of community service after admitting to one instance of rape. Justifying his decision, the judge noted Nahman had not used a lot of force and that shaming on social media had damaged his reputation.

Israeli law places responsibility on places of work to create a safe and respectful employment environment that is free from sexual harassment and to deal effectively and quickly when such harassment does occur. It also places clear prohibitions against sexually harassing behavior not only at work, but also in social settings. It covers a wide range of behaviors, including verbal harassment and creation of a sexually suggestive atmosphere that makes women uncomfortable (such as, for example, sexual posters in locker rooms).

The law, notes Orit Kamir, a feminist legal expert who was responsible for the conceptualization and writing of it, “was the product of cooperation between women members of parliament who crossed party lines to promote it, along with feminist activists, jurists and legal academics.”

In formulating the law, Kamir recalls, she drew from “the American experience, which showed us that feminist jurisprudence can help the law respond to women’s experience and make a difference in social reality.”

Recently, a group of 24 female parliamentarians from across the political spectrum signed on to a proposed bill that would extend the legislation to include self-employed and volunteer workers as well.

But while feminists have taken to social media to support the accusers, others have used it to attack them. Sulitzeanu notes that much of the backlash is focused on the contention that women make false accusations, even though, she says, “it’s very clear that there really aren’t many false accusations at all.”

Yet, the Israeli prosecution has gone so far as to announce that it is “reexamining” its position on anonymous accusations and intends to “take a strong stand against false accusations.”

When the Law Against Sexual Harassment was first proposed, nearly 20 years ago, Kamir recalls, men, including men in powerful positions, were complaining that “feminists were taking all the fun out of relationships.” And she recalls that a prominent columnist wrote in Israel’s most liberal paper that, “They [feminists] won’t even let us complement a girl anymore.”

Kamir describes this as “moral panic,” which, she says, for some men continues to this day. “Women are demanding that we rearrange power relations in society. But like any powerful group, men don’t want their privileges taken away, and many are confused because they feel we’ve changed the rules. They’re right. We have.”

Eetta Prince-Gibson is an award winning journalist living in Jerusalem.