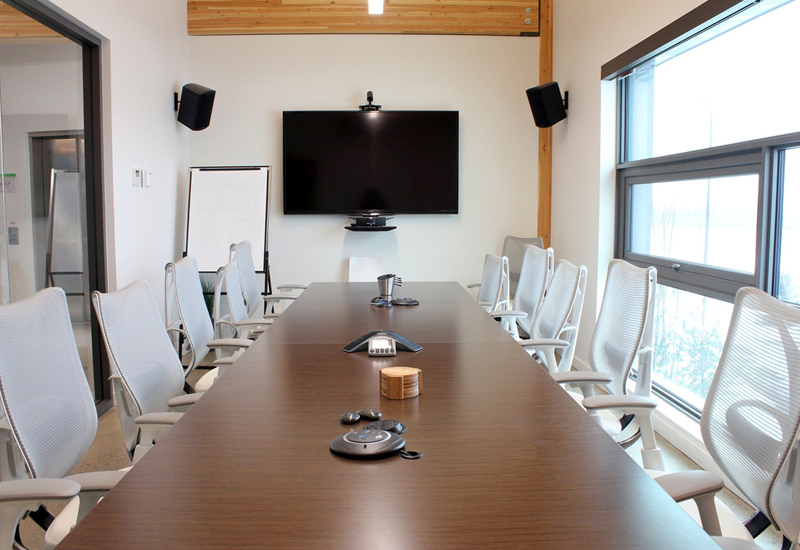 (WOMENSENEWS)—I understand fear. As someone who grew up in the Soviet Union, I have seen and heard the kind of fear that silences opposition and forces people to put their heads down in isolation from controversy. It’s the kind of fear that keeps even those whose rights are at stake watching from the sidelines. But I never realized this fear can also coexist alongside the plentiful liberties in the greatest democracy and civilization on earth.

A few months ago I started two Change.org petitions urging Land O’Lakes and Discovery Communications, both Fortune 500 companies, to recruit at least one woman to their respective boards of directors. I am forever grateful to all those who have supported me on this journey.

I also encountered a group that sent me very puzzling and disturbing hate communications. But I am thankful to this group of “haters” because it has alleviated my biggest fear: that no one would care. As it turns out, it is impossible to feel ignored after being called a “feminist bitch,” so many times.

Yet even more troubling was the discovery of an unexpectedly large group of “silent supporters.” Since day No. 1 of my campaign, individuals have reached out to express what can only be described as an unadulterated fear of standing up for what they believe in. These messages weren’t mere outliers. In fact, the number of those who were too fearful to sign the petitions is at least as high as the number of individuals who actually had the courage to do so. This group dismayed me, but also intrigued me. I was asking them to sign a petition, not march in the streets or actively protest. What were they so afraid of?

As I thought through all the conversations and reviewed my communications, it became apparent to me that there are a few “flavors of fear” in this situation.

One flavor is that of professionals who provide services to companies targeted by my petitions, either currently or in the future.  For example, I have received a number of explanations mirroring the following: “Although I am restricted from commenting publicly, I truly support gender diversity for boards of directors. I actually plan to pursue board service in the future.”

It’s as if they believe that their employers outright prohibit them from participating in what may be construed as political activity. While some employers have policies prohibiting employers from disparaging the company, it is every employee’s legal right to engage in political activity.

A larger number base their inaction on a belief stemming from perceived industry standards, or what others deem “appropriate.” It’s true all of us have to make certain calls as to what we deem appropriate. But the danger of relying on social norms is that many norms persist even when proven wrong or outdated.

Fear of retaliation is another flavor of fear. Numerous professionals, disproportionately women, expressed to me the fear of retaliation from their employers, clients or business partners. Many were seriously concerned with being singled out, blacklisted and otherwise socially punished for expressing their support for my petitions.

Closely related to these concerns is the other flavor of fear: worry that supporting my petitions may surface during a candidate’s background check, costing them their dream job. I received a number of communications similar to the following: “I’m currently undergoing background checks with some potential employers, so I have to ‘lie low’ until they’re completed. But I’ll be cheering you on in the meantime!”

In this case, these individuals are reluctant to stand up for the good of society, because they’re more focused on their personal journeys. They put a movement they believe in on the back-burner because it isn’t urgent enough to justify the potential risk. In fact, a great number of people offered anonymous monetary donations in lieu of signatures.

Apparently, many professionals are willing to pay for the opportunity to be silent supporters. Who knew fundraising could be the easiest part of running a movement for gender equality?

Some of the perceived risks even push the boundaries of common sense. For example, one group of people was quite focused on Change.org’s ability to anonymize data, ensuring the identity of the person signing the petition is hidden.

My attempts to point out that Change.org has anonymous options were futile. I found myself in numerous conversations about whether “true anonymity” is even possible on the Internet. Some even brought up the highly remote possibility of a search warrant or subpoenas. Instead of applying their energy toward working for a better future, these professionals allow a tailspin of hypotheticals and unfounded fears to keep them from standing up for their beliefs.

I can only hypothesize why highly educated, highly experienced professionals, especially women, seem to be disproportionately (at least in my unscientific sample of professionals in my network) affected by these fears. All I know is that I saw unmistakable fear in the eyes of the professionals who related their logic to me in person.

I was shocked, disturbed and depressed that, in the United States, the possibility of economic loss or consequences can keep people in line as effectively as the Soviet regime. In a country that values liberty and personal freedom so highly, I am appalled there are so many highly educated, experienced professionals who let fear keep them from exercising their right to free expression.

Ultimately, collective silence may be the reason why we struggle to achieve gender equality, especially in business and the boardroom. As George Orwell wrote, “If liberty means anything at all, it means the right to tell people what they do not want to hear.” Those who are afraid to stand up for what is right – especially those that are highly educated, achieved or experienced – must realize that they don’t just have the right to be heard. They have the duty to use that right. If liberty means anything, we must make sure our voices count.

Olga V. Mack has been disrupting the status quo and fighting for equality since she can remember. She is the founder of the WomenServeOnBoards.com movement making a fiscal and social case for gender equality on corporate boards. To spearhead her efforts, Mack launched two petitions – to Land O’Lakes and Discovery Communications, both Fortune 500 companies – requesting the addition of, at a minimum, one woman to their board of directors. She plans to continue her efforts until every Fortune 500 company has a woman on its board. To stay deeply connected to her mission, Mack dedicates her time as an advisory board member for ChannelMeter and TimeJoy. As a startup enthusiast, she currently brings her passion for seeing her clients succeed and grow as general counsel at ClearSlide. Previously she held positions at Zoosk, Visa Inc., Pacific Art League of Palo Alto, California, and Wilson Sonsini Goodrich & Rosati. In addition to a trajectory that won't be slowing down anytime in the near future, she spends her free time chasing her two active daughters who will, undoubtedly, also work tirelessly to change the world for the better.