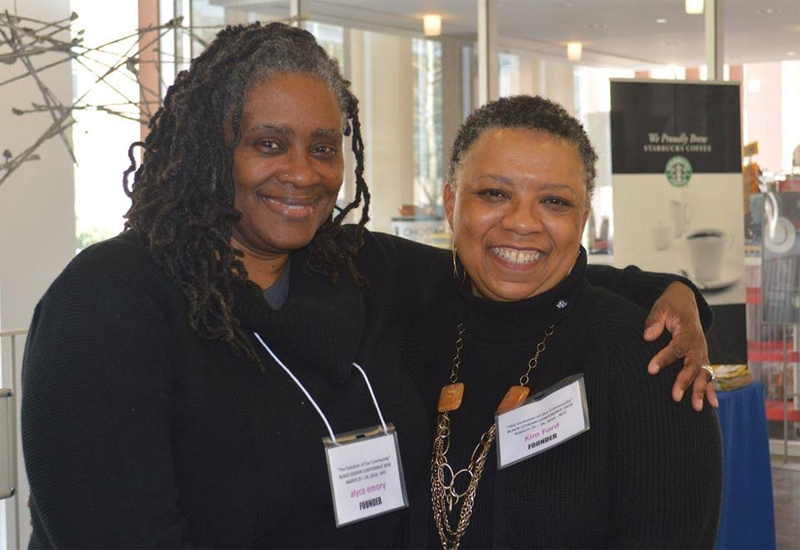 Kim Ford and alyce emory, co-founders of the black lesbian conference Beyond Bold and Brave at Barnard College in New York City.
Politics

“Lumping all lesbians into the same pool has been frustrating and stagnating for us,” says the organizer of a recent gathering for black lesbians in New York. Without a single major study on black lesbians, these women say it’s time to focus.

NEW YORK (WOMENSENEWS)—About two years ago Kim Ford and alyce emory decided it was time for black lesbians to come together and talk. The result was a conference in March at Barnard College called “Beyond Bold and Brave Presents Black Lesbian Conference: The Evolution of Our Community.”

In a recent phone interview Ford looked back at this conference, talking about why it was important and what lies ahead.

1. Why is there a need for a black lesbian conference?

At the last conference emory attended for black LGBTQI folks, a discussion for gay men was allowed to run late and cut into time allotted for lesbians and transgender panel discussions. The lesbian and trans panels were then combined and most of the gay men left. It was insulting. We felt we needed to create a safe space to express our needs, figure out how to address them and build community.

Additionally, information about black lesbians – who consider themselves part of the African diaspora and identify as transgender, cisgender, gender non-conforming, queer, same-gender-loving and are attracted to and/or have relationships with women – is limited. The little data that exists about us – where we live, what health issues we face, how much we make, etc. – is largely anecdotal and narrow in focus…There is a lot of research about gay men, but almost none exists about black lesbians. The Beyond Bold conference served as a place to start gathering data about us and the issues that affect us.

2. You mentioned the conference was meant to be a “safe space.” Why is there a need for this?

The conference was designed to address the needs and concerns of black lesbians in New York and New Jersey. Just because you live in Manhattan doesn’t mean that your family, job or religious community supports you. So many of us are just seeking to be accepted. As politics and pronouns evolve, we need spaces to discuss, reflect and adjust without persecution.

Pulse [the night club in Orlando] should have been a safe space for the LGBTQI community. [Pulse shooter Omar] Mateen’s actions are making me question my definition of a safe space.

3. You just co-hosted the first black lesbian conference in New York in 30 years, and you want to hold another one in 2018. Why?

In addition to providing a space to build community, Beyond Bold and Brave gave us a chance to collect the information nonprofit and government organizations need to be able to support us. Without broad research on our experiences with housing, health care, employment and income, it is easy to ignore or forget about us. Gay men have been very successful at gaining money for HIV/AIDS services because of all the studies that have been done. Black lesbians can’t point to one overarching, galvanizing issue like AIDS that affects us. We are profoundly affected by day-to-day issues. Beyond Bold and Brave is starting to make those issues more visible by making sure people come together to talk about them.

There are other institutions doing this work, but they are primarily national, not local, in focus, like The Zuna Institute in California or the Human Rights Commission.

4. What were the big goals of the conference? What is your agenda?

We are still determining exactly where we want to go and the impact we want to have. Funders tend to push us to do policy work, but we still have a lot of work to do in terms of community building.

Once we have a more concrete idea about what is facing black lesbians, across ages and identities, we can develop an agenda. Alyce is more excited about working with politicians than I am. I think you have to make too many compromises to gain their support, and then it’s hard to hold them accountable. I’d be more interested in how various programs and organizations that support women of color, specifically black women, can work together to push our issues forward.

5. Have black lesbians been organizing alongside other people of color and/or LGBTQ groups? Do they get forgotten, overlooked? Is that why it might be time to hold more meetings and get together more often?

Black lesbians have always been involved in movement work and organizing – for Black Power movements, women’s movements, civil rights movements, anti-war movements, gay rights, etc. To assume they were not there does a disservice.

Some lesbians are not “out,” so you wouldn’t know they were there. Others were connected to and working with the Panthers and other civil rights groups, but their particular issues were rarely prioritized and often seen as obstructive to larger movement goals. Black women and lesbians especially were often told, “we’ll get to you later,” but it never happened. Black lesbians have always gathered regardless of movements, usually in their homes, where they were safer. More formal organizations like the Salsa Soul Sisters, Third World Wimmin Inc., established in the 1970s and now known as African Ancestral Lesbians United for Societal Change, are a way to provide support and a way to be “out” and mobilized.

Today, Black Lives Matter is run by at least one queer woman of color. The group issues statements about issues affecting the queer community, but they don’t always garner media attention for this. We want our lesbian, gay, bisexual, transgender communities, of every color, to have access to the resources and support they need. We just want resources and support too. Lumping all lesbians into the same pool has been frustrating and stagnating for us.

6. Let’s talk about LGBT Pride Month; what does this month, which just ended, mean to you?

Pride is a great way to celebrate and connect with LGBT groups and individuals. There are still black lesbians who hold hands in public in the West Village, but hide it when they go home to the Bronx, Queens, Staten Island, Newark, Westchester, etc. There are some lesbians who don’t feel comfortable going to Pride because they are not out to their employers, family members or religious communities. But it’s important that they know we are holding a space for them if and when they are ready to join. Feel free contact us at [email protected] 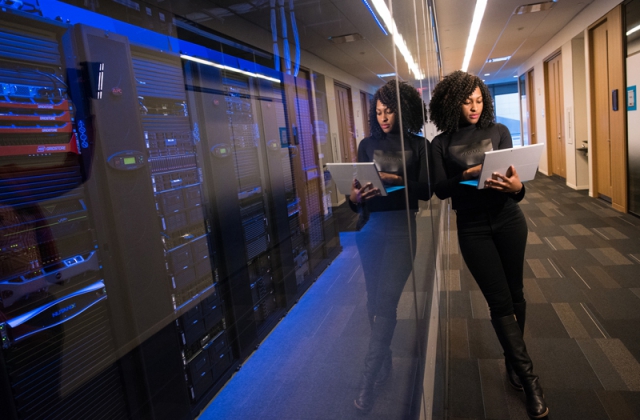 In Science Fiction the Race for Female Readers Should Be Underway 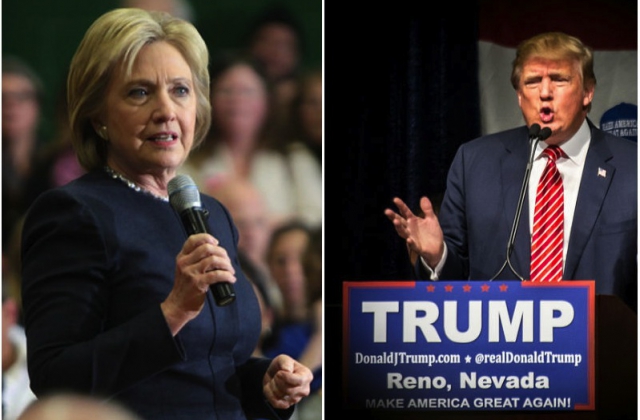 Clinton v. Trump: Your Cheat Sheet to the Domestic Issues