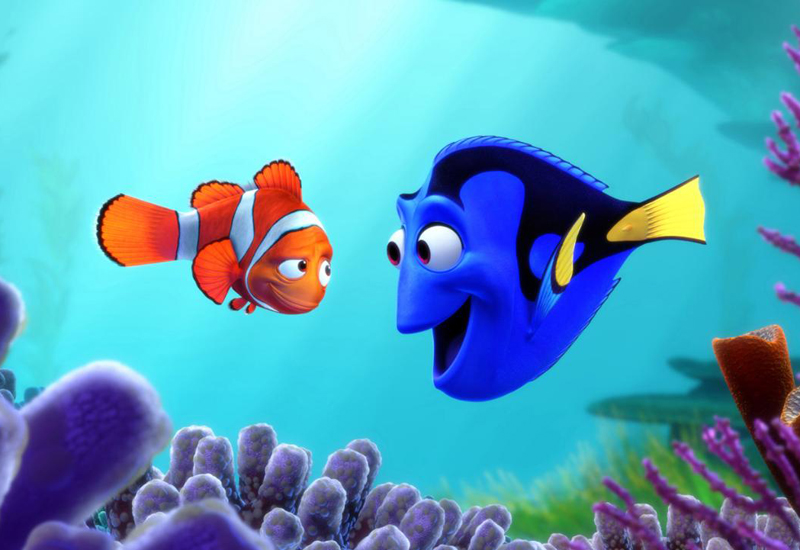 (WOMENSENEWS)— If you’re seeking stress relief in the cinema this week, Pixar’s “Finding Dory,” which opens tomorrow, is here to please. This sequel of sorts to “Finding Nemo,” the popular deep-sea animated adventure of 2003, has satisfying buoyancy. In “Nemo,” Dory (voiced by Ellen DeGeneres) was featured as the young blue tang sidekick fish who helped clown fish Marlin (voiced by Albert Brooks) track and find his missing son. In this flick, Dory has developed a “sleep swimming” problem that causes her to glide off into unknown waters. Marlin (Brooks, again) and young Nemo set off to find her. Dory can’t remember what happened, and she encounters a universe of neon-colored denizens of the deep, some helpful and others threatening. And so it goes. DeGeneres voices Dory with an appealing “golly gee whiz” quality that still manages to reflect the emotional nuances of feeling lost. Pixar is, as usual, upbeat and cheerful in its presentation, even during the moderately scary scenes. Immerse yourself in “Finding Dory” for a welcome and well-timed escape from reality. Here’s to happy endings when we most need them.

“Bang Gang (A Modern Love Story),” written and directed by Eva Husson, is another satisfying escape. In this hot coming-of-age story, affluent French suburban teenagers accept a peer’s invitation to party regularly in his home, while his parents are vacationing in Morocco. Without adult supervision, the hormonal teens party wildly, doing what hormonal teens do. The situation gets out of control, however, when pictures of their shenanigans – sexual and otherwise — are released on the internet. Good storytelling, good performances and gripping drama with a streak of social relevance. In French with English subtitles, it’s also opening June 17.

“Argentina,” aka “Zonda: Folclore Argentino,” is a most entertaining compilation of outstanding folkloric music and dance performances from Argentina. The dancers are superb. There’s no voiceover narration, no commentary about meaning or social significance or intense exchange of emotion between the dancers. Filmmaker Carlos Saura captures their pure artistry and often mesmerizing performances with brilliant cinematography and editing. “Argentina” is a thrilling, breathtaking watch. You’ll dance out of the theater.

“The Night Stalker,” written and directed by Megan Griffiths, will bring you right back to reality; or at least to a contemplation of contemporary violence in our society. Griffiths presents a fictionalized encounter between Richard Ramirez (Lou Diamond Phillips), the convicted serial killer who terrorized California during the 1980s, and a young lawyer named Kit (Bellamy Young) who visits him on death row, trying to get him to confess to another murder for which someone else has been convicted and sentenced to death. Their meeting takes place as Ramirez, dubbed “The Night Stalker,” faces his own death from terminal cancer. The interview is interspersed with revealing flashbacks, showing how Kit developed an obsession with Ramirez’s rampage and as a teenager actually prowled the streets at night thinking he might find her. The film’s premise is gripping and the performances are terrific. And, the storyline has timely relevance as we attempt to come to grips with impact and interplay of mass murder, terrorism and media. It opened June 12.

“HoneyBee,” writer/director Nicki Harris’s first feature, introduces supernatural horror into a small town with the arrival of a family – Louisa and her three sons — who enthrall the deep-rooted locals. Teenage Hillary, smitten with one of Louisa’s sons, notices an odd bond between mother and boys. They will do anything to meet her needs, which turns out to be extreme, indeed. The well-turned plot will keep you engaged with its twists, unexpected humor and splendid stunts. The performances are good, and Chloe Smolkin’s cinematography is spot on. You’ll have fun with “HoneyBee.” The movie opened June 13.

In moviemaking news, Geena Davis has announced that she’s producing a documentary about Hollywood’s history of “dismissing” or “diminishing” female filmmakers. It’s causing quite a stir among female filmmakers for two big reasons. No 1: the documentary is to be directed by a male director, Tom Donahue. No 2: Davis has failed in her extensive publicity appearances for the documentary to mention five other “women in Hollywood” documentaries currently in production, all of which are being directed by women. For one of these, “Half the Picture,” director Amy Adrion says she was not successful when she approached Davis and her Geena Davis Institute on Gender and Media for support. “Half the Picture,” already far into production, promises to be a comprehensive investigation of female filmmakers’ career plights. Davis has not responded to the concerns female filmmakers are expressing in a stormy debate on the internet, but director Donahue has defended her, saying he initiated the project and “hired” her, not the other way around. Donahue’s work is respected and he is generally recognized as a feminist documentarian. Still, female filmmakers are baffled, to say the least, and find the behavior of Davis, who is positioning herself as an icon of advocacy for women directors, to be ironic.

Stay tuned for further news about women in Hollywood and for reviews of more films releasing in June. 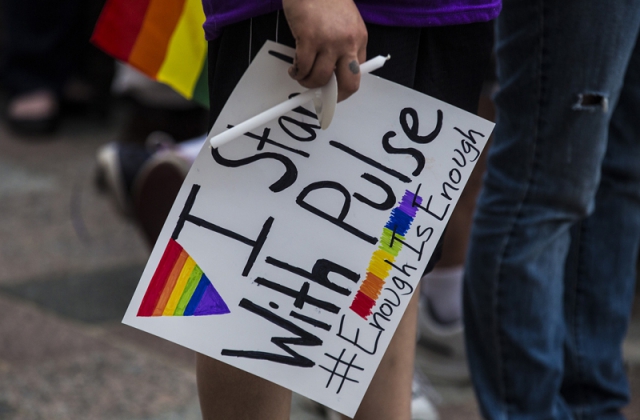 In Wake of Orlando, Stand Up to LGBTQ Backlash 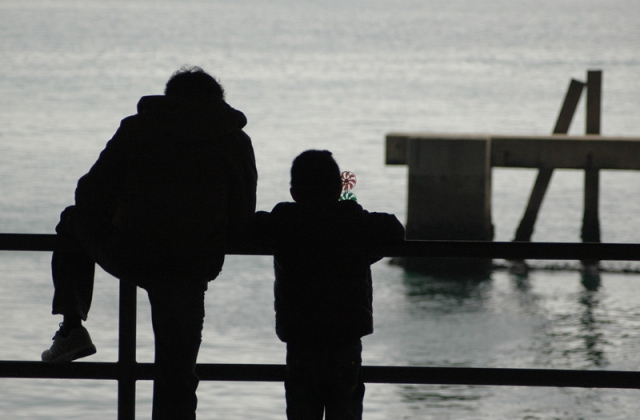