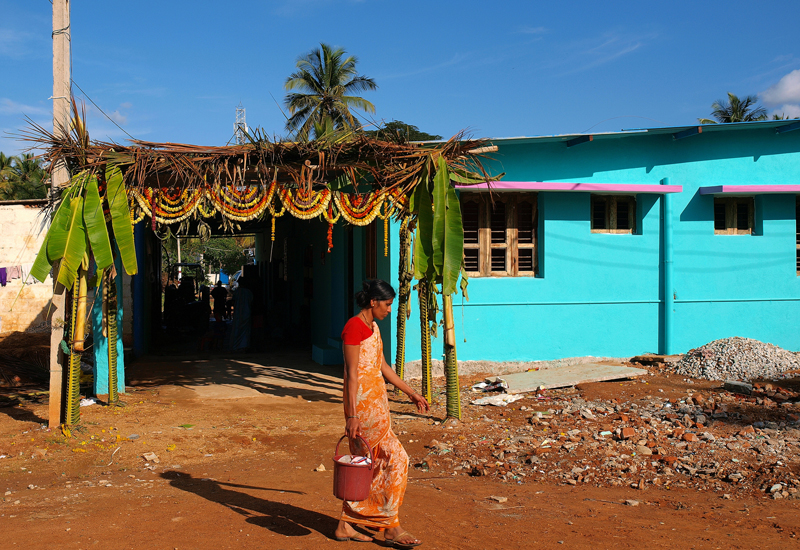 NEW DELHI (WOMENSENEWS)—When Gunwant Sodhi’s father died four years ago, she decided to forfeit her right to any family property.

“Whatever has to be given to daughters by her parents is given as dowry at the time of marriage,” says the 64-year-old resident of New Delhi, who spoke with Women’s eNews in a recent interview. “So, they should not claim their share later on…It is not fair. I also feel there would be an increase in female feticide and ‘honor’ killings if more and more women start claiming their share of property.”

While Sodhi’s attitude about dowries in particular might not be so widespread, her reluctance to assert her property rights is a major cultural issue here. That’s become clear with the popularity of “Daughter by Court Order,” a novel by Ratna Vira in which the heroine fights for her property rights against the wishes of her family, particularly her mother. The author has sold the movie rights and the book has been republished several times since its initial publication in 2014.

“For an Indian woman her identity is linked to her family so it is extremely difficult for them to fight against their own families,” said Ratna in a recent phone interview. “Moreover, patriarchy is often enforced by women so it is not hard to imagine why women continue to surrender their rights. However, I do see a change with more and more women coming forward to claim their rightful place in the society.”

Encouraged by the success of her book, Ratna in 2014 founded an advocacy group called the Daughter by Court Order Forum to bolster cultural acceptance of women’s inheritance rights. She regularly conducts workshops in boys’ colleges and schools to sensitize them about the issue.

“I believe creating awareness about the issue is the most important, but change also evolves from the men’s perspective,” says Ratna. “They also have to change so they are more open to accepting female members of their families claiming their rights.”

In the meantime, though, it remains common for women in India to forfeit their legal share of inheritances due to social pressures and fear of breaking family ties.

Suman Arora, 36, knows that all too well. The school teacher in a prominent private school in Mumbai says her mother silenced her when she mentioned her intention to claim her share of the family property.

“I never expected my own mother to emotionally blackmail me to forfeit my share in our ancestral property. She said that since she is dependent on my brother she would bear the brunt if I decided to claim my share. After that I had no choice but to forget about my share but my relationship with my mother was never the same again,” Arora said in an interview at a coffee shop in Mumbai.

In 2005, an amendment to the country’s law on inheritance in cases where there is no formal will said a daughter has just as much claim as a son.

Daughters’ inheritance rights were further strengthened by a recent Delhi High Court judgment finding a woman capable of being a Karta (or head) of a joint Hindu family.

While these laws have been historic, the results have been unremarkable, says Ram Raj Ojha, a lawyer specializing in property-related disputes. “Nearly 70 percent to 80 percent of women continue to forfeit their rights to ancestral property even when the law is in their favor.”

Partners For Law in Development, a legal resource group based in New Delhi, fights for women’s rights. In a booklet, the group writes: “The de facto situation continues to be one where women forfeit these rights to avoid strained family ties.”

‘Continues to Be Rare’

When women do assert their property rights it is often on the instigation of their husbands or their in-laws, said Ojha in a phone interview. “Sometimes they might also do so if they are not doing well financially. But it continues to be rare.”

Ojha adds that rural women have the greatest problem with property rights.

Bijayalakshmi Nanda, a feminist activist and researcher who teaches political science and gender studies in Delhi University, recently interviewed some women in the National Capital Region in and around New Delhi as part of study that is not yet published.

She wanted to gauge whether there had been any change in attitude since the constitutional amendment strengthening female inheritance rights in 2005.

“Predominantly my research says that women are reluctant to claim their rights to ancestral property because they feel that they would lose emotional connection with their native family,” said Nanda in a phone interview.

She found that in some parts of the state of Rajasthan, women were made to sign affidavits forfeiting their ancestral rights before they married.

Nanda says that few women shared Sodhi’s perception that a dowry provided a substitute for property rights. In fact, few of the women she interviewed regarded a dowry as their right.

“At the same time they were aware that they had a right to their ancestral property,” she says, “but it was socially not acceptable to claim this.”

Gagandeep Kaur is an independent journalist based in New Delhi who writes about technology, gender and development.

One thought on “In India, Daughters Have Big Family Problems with Inheritance”