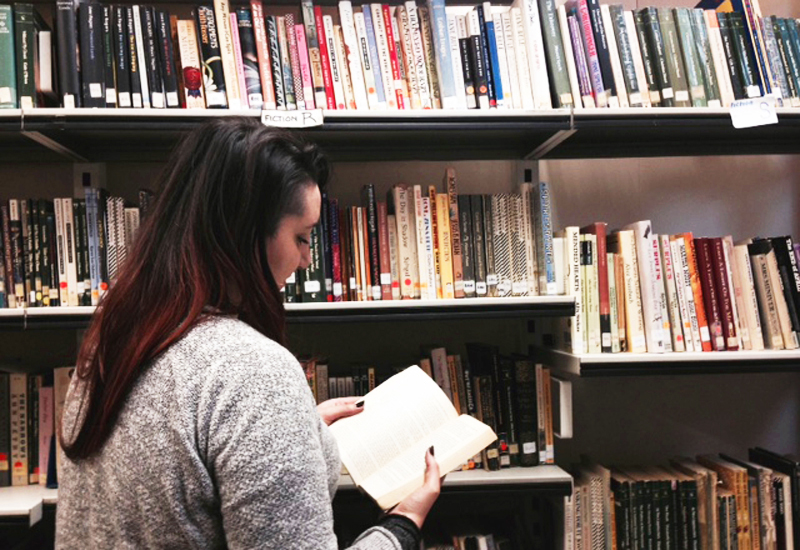 A volunteer browses through the books at The Feminist Library.
Arts & Culture Politics

A collection of books and periodicals open to the public in the center of England’s capital city provides an extensive record of the women’s liberation movement. Now it is looking for a new lease on life.

LONDON (WOMENSENEWS)—When Sheila Hanlon was given the signal she began reading from Zadie Smith’s “The Embassy of Cambodia.” Magdalena Oldziejewska recited text from an academic book on women’s leadership. Others in the crowd of about 80 also followed the conductor’s prompts, sometimes reading in unison, other times not; loudly and then quietly.

They read together in protest outside the Southwark Council office, a local city council in central London, in late February to try to save The Feminist Library. The small, 41-year-old volunteer-run library boasts a large collection of women’s liberation movement literature, especially second-wave materials from the late 1960s to the 1990s.

“The Feminist Library is a dream space, a really special space,” Hanlon recently told Women’s eNews. “The idea of it is so powerful. It’s something that everyone who identifies with feminism wishes they had in their city.”

But now the library is feeling the same kind of economic pressure that is making London uninhabitable for many. Late last year the Southwark Council, which oversees the library’s borough, said the annual rent would rise to around $43,000 from $17,000.

In response, rally goers were asked to bring feminist books for a “read in” to protest the major rent hike. Those arriving empty handed could choose from a suitcase of books. Some also brought homemade banners, reading “Save the Feminist Library, Save Our Communities” and “Don’t Erase Our Herstory.”

Earlier that day Gloria Steinhem voiced support for the library, tweeting for it to “keep its home.” Margaret Atwood tweeted support the week before.

The demonstration, part of a campaign that includes a petition and appeal for donations, worked. It won the library some time. But the fight for the library’s future is far from over.

“What we achieved in a short time is amazing, but in six months what’s going to happen?” said Caroline Smith, a volunteer and writer in residence at The Feminist Library, in an interview in the library’s cramped office.

Housed on the first floor of a low-rise brown brick building that bears the sign “Multi-Purpose Resource Center,” the library includes over 7,000 fiction and nonfiction books and 1,500 periodical titles from around the world. The library, which has been in this particular space for 30 years, is also an event and meeting space, runs a weekend bookshop and supports research, activist and community projects.

The Feminist Library is unique, Smith said, as it’s used by both international researchers and local community groups. It’s also fully accessible. “This is a safe space for women that exists in the public realm,” she said. “These spaces are so few and far between.”

But the library, which currently has about 20 part-time volunteers, has been under threat since around December, when the council announced that its annual rent would more than double, in part to offset funding cuts.

“The council has a moral and legal duty to ensure it gets best value for its assets for the residents of our borough and given that we have had funding cuts of £47 million [around $62 million] and the building is a valuable asset in a zone 1, central London location, we can no longer subsidize the rents and have asked for the open market value rent,” Councilor Fiona Colley, Southwark Council’s cabinet member for finance, modernization and performance, told Women’s eNews in an email.

Thanks to the campaign, the council has now given the library, which Colley calls a “valuable resource,” until November to sign the new lease or move out. The rent increase was initially supposed to go into effect March 1.

Colley said the building that houses the library had a 20-year restriction that required it be used by the council for community organizations. But that has since expired and income from these properties helps pay for local public services.

“It is fantastic that the library has such a swell of support from all over the country, but this also highlights that this is a valued national resource that just happens to be located in Southwark and it is therefore unfair to expect the council on a local level to subsidize this national asset at the expense of local people,” she said.

While this isn’t the first time The Feminist Library has faced eviction, Smith said it hasn’t “come to a fever pitch” before. Perhaps they’ve mobilized so many people, she said, because they’ve “tapped into a larger outrage about cuts in public funding.” Almost 16,000 people have signed the petition to save the library so far, and many cited these cuts as their motivation.

“It’s outrageous what’s happening to libraries and museums across the country. The demand for two and a half times the rent is outrageous. The attack on women is outrageous. It’s just got to be stopped,” said one signer, Hazel P., in the petition’s comments section.

The outrage extends beyond the United Kingdom’s borders. The library’s website has testimonials of support from groups such as The Italian Women’s Library in Bologna and Kilden, Norway’s national information center for gender research. Many who signed the petition also live abroad, including Vara Neverow, a professor of English and women’s studies at Southern Connecticut State University.

“I am horrified that an invaluable historical resource is under attack,” Neverow told Women’s eNews. “Women’s history is a long and unending effort to overcome relegation to the status of second class citizens…Losing this history will permit the slow erosion of the achievements of our feminist predecessors.”

In 2012 the Women’s Library, an archive of women’s history founded here in the 1920s, was also threatened with closure. It was ultimately saved by the London School of Economics, where it’s currently located.

Hanlon, a former Vera Douie Research Fellow at the Women’s Library, said the campaign to save that library motivated her to attend the protest for The Feminist Library.

Fellow protester Oldziejewska, who’s planning to open a feminist cafe in London, said what sets The Feminist Library apart is its accessibility and lack of institutional ties.

“If you want to access something [at the Women’s Library] you need to register online and say what you want to look at. It’s not like The Feminist Library, where you can just go in and browse the books,” said Oldziejewska. In particular, browsing the “periodical room is an amazing experience…I can’t order that [online in advance] because I didn’t know these periodicals existed until I came to the library. It would be a shame if that happened to The Feminist Library.”

The Feminist Library is working hard to prevent that. It’s looking into new sources of funding and asking for emergency donations. It’s also exploring options for a cheaper permanent home, in part with the help of the Southwark Council. The challenge, said Smith, is finding a multi-purpose space that’s accessible, safe and not tucked away in some remote corner of London. They may have their work cut out for them with the city’s rocketing property prices, but Smith said they’ll keep fighting for the library’s future.

Oldziejewska, who joined the library as a volunteer premises coordinator in January, remains cautiously positive.

“It’s lots of work, but it’s worth it,” she said. “Until we come to a point where feminism is no longer needed we need resources like these. Until they are the books we read in school and find in every library we need the Feminist Library.” 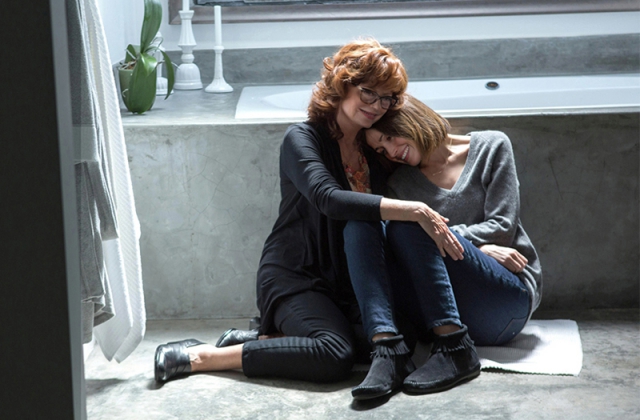 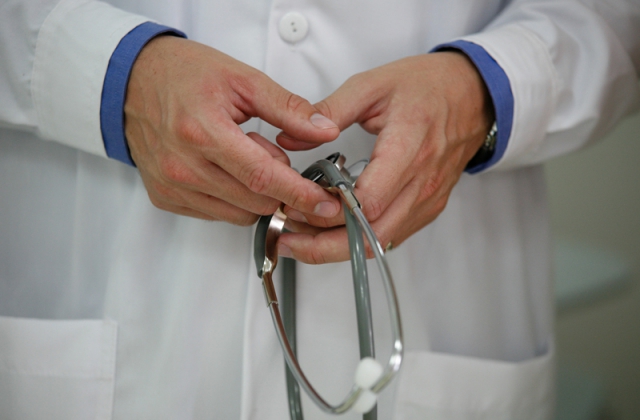 This Heart Doctor Wants to Clear Up Confusion About HRT