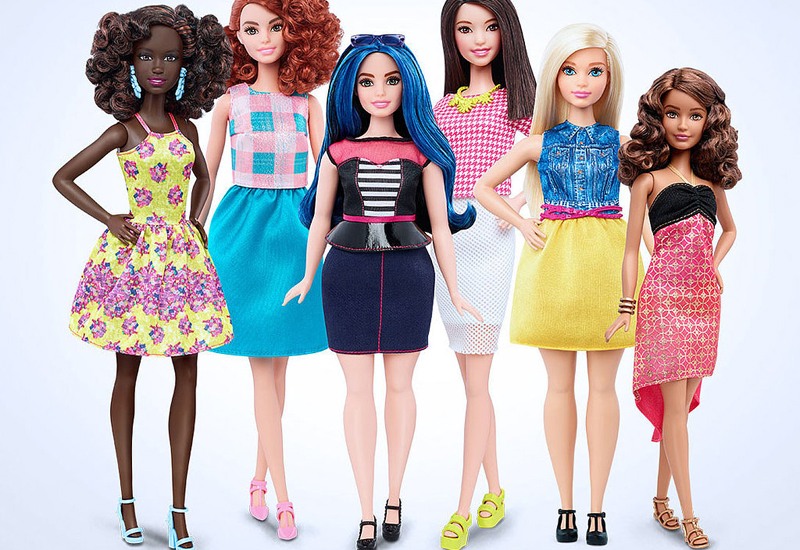 (WOMENSENEWS)—Barbie is no stranger to controversy. The tall, slender, blonde beauty has often been criticized for setting unrealistic standards of beauty, sexualizing women’s bodies and sending unhealthy messages to young girls about body image and perfection.

Even worse, research indicates playing with Barbie negatively impacts girls’ perception about future career options and their own capabilities. Over time, these conversations have led to shrinking sales of the once popular doll.

Mattel, the toy maker behind the iconic doll, has announced that its historically white fashion maven is now available in seven new skin colors and three new body types.

The move has been hailed as a reproof to the impossible beauty standards Barbie conveys.

But churning out dolls in new shapes and colors does not address the key issue that the focus is still on our bodies, our exteriors. While we might have changed the look, what we haven’t changed is the narrative.

At her core, Barbie has always stood for her exterior appearance only, and a ridiculously unhealthy and shallow one at that.

The new dolls may showcase more diversity, but they are still released under the “Fashionistas” banner and are still touting fashion and beauty to young consumers. They are still posing; not doing or thinking or caring. They are still all about style, not substance.

Even if the definition of Barbie’s beauty has expanded, the conversation is still focused on their bodies. Just check how the drop-down menu on the Barbie website prompts us to search by body-type category.

As a professor and scholar who has studied storytelling and strategic communication for a decade, I see it as a problem of the narrative and the authenticity of that narrative, also know as “The Barbie Effect.”

Some of us might see increased doll diversity as revolutionary, but this move still sends all the wrong messages to our girls: that success for women and girls is measured by our exteriors.

Sure, Barbie dolls are available in the branded “career” line, and while that’s a positive step toward giving the dolls a more empowered narrative, with nothing but chic clothes and accessories to identify her career, the high value placed on appearance is only reinforced.

What is needed instead is revolutionary thinking around the values that new Barbie should stand for: ambition, leadership, compassion, and kindness.

One might argue all this drama over a doll is overblown. After all, how can we expect a toy to represent and convey human values, much less help nurture complex emotions?

Answer: Because it’s already been done.

Instead of a short-term fix that only reinforces narratives around beauty as a measure of success, Mattel must reevaluate its values and identity so that Barbie dolls can instead be all about experiences, ambitions and emotions. They should help young girls understand all they are capable of beyond their appearance.

(And while Mattel is at the proverbial drawing board, they might as well re-think their strategy around Ken, the overly muscular boyfriend and normalize him as well.)

While my mother never bought me a Barbie, much to my disappointment at the time, now that I’m a mother myself, I pledge not to buy a Barbie for my child, either.

While it might seem like an extreme choice, it’s only when enough of us withhold our dollars will Mattel see more change is needed.

Sluggish sales caused Mattel to take steps toward meaningful change once, and so surely if we continue to think twice before validating Mattel with our dollars we can bring about even more meaningful change for Barbie, and for the consumers who applaud this shallow move.

Rajul Jain is an assistant professor of public relations and advertising at DePaul University, senior manager at Ketchum and a Public Voices Fellow. Follow her on Twitter at @talktorajul.