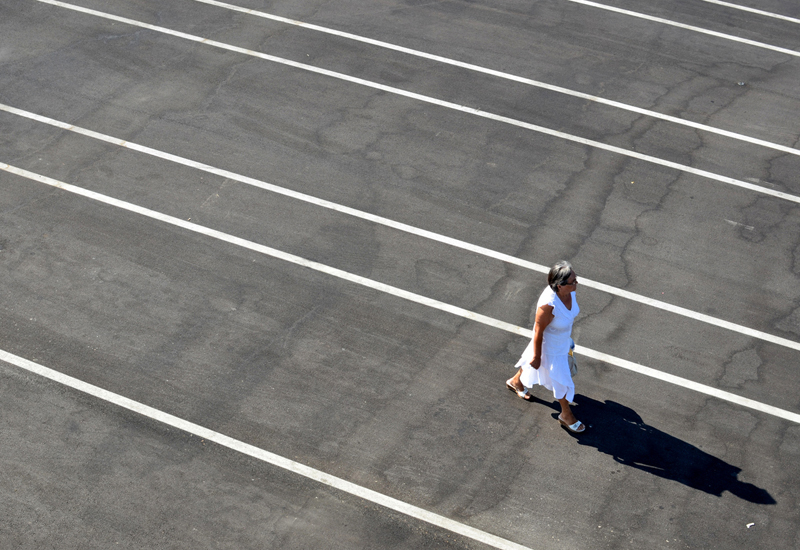 Most survivors who applied for compensation, including legal aid, medical insurance and rehabilitation, are still waiting for the decision. Implementation of the new law is slower than many would like and will determine how many more survivors will come forward.

ZAGREB, Croatia (WOMENSENEWS)– Ana Klasi?ek is beginning to get calls.

“When they call and say ‘Thank you, you changed my life,’ it’s really a true satisfaction,” Klasi?ek, a senior legal adviser at the Ministry of Veteran Affairs, said in a recent interview.

Klasi?ek was part of the team of policymakers and women’s rights activists who drafted a law that passed in May 2015 to recognize and compensate survivors of rape during the 1990s war that broke up Yugoslavia.

Implementation began last November with the formation of a seven-person multidisciplinary commission–specialists in psychiatry, law, gynecology or other medicine–who receive a small honorarium to evaluate applications.

By the end of last year about 105 applicants–89 women and 16 men–had applied and 35 applications were processed, Vesna Na?, a deputy minister in the Ministry of Veteran Affairs, told Women’s eNews in late December.

Fewer than 20 applicants have court cases mentioning wartime sexual abuse. Most will need to recount some of their wartime trauma with a psychologist from the commission, who usually travels to meet a survivor at a government health institution near where he or she lives. To avoid drawing attention, these meetings are not held at people’s homes.

Once the commission establishes that the wartime sexual abuse occurred, a team from the ministry does additional research on past court cases to determine the compensation.

Survivors are eligible for monthly payments of about $350, one-time payments ranging from about $15,000 to $22,000, depending on whether they became pregnant after the rape or were minors, or a combination of the two. So far the state has spent about $364,400 in one-time payments for 25 applicants. (Some survivors of sexualize violence are already compensated under preexisting laws and that is factored into the type and amount of compensation they receive.)

Survivors are eligible for more than money. They also receive legal aid, medical insurance and rehabilitation.

While 20 years have passed since the war, for many the nightmares continue and unhealed scars of their wartime trauma come out as depression, isolation, shame and aggression. Relationships suffer. Holding a steady job–if it’s available in the difficult economic times–is a challenge. Even daily chores can be burdensome.

Some survivors were gang raped by multitudes of men while being held captive in prison camps. Some were kept isolated in apartments as sex slaves while their loved ones were threatened next door. Others were taken as prisoners of war and sodomized.

Several survivors praise a year-long pilot therapy program they went through in 2014, saying it was more valuable than financial compensation because it helped them regain a sense of purpose and peace, and improved communication with their families.

The program replaced pills, the standard feature of psychological health care, with a holistic approach, said Marija Sliškovi?, who helped create the program “I am much more than my trauma.”

If both options are available where they live, survivors may choose either type of health program–standard or holistic–as long as state funding is involved, said Na?, who sees the law as the most important part of her legacy in the ministry.

Sliškovi?, however, is worried about the extent to which the state will support holistic programs. Most survivors who seek counseling will come into contact with the National Psychological Trauma Centres that are at the frontlines of interacting with applicants. Many of its staff are trained in standard, pharmacological approaches.

In December the United Nations Development Programme (UNDP) and Croatia’s Ministry of Veteran Affairs organized a three-day workshop for about 30 participants from the centers to re-sensitize them to the rights, needs and circumstances of survivors.

The basics reviewed at the workshop reflect society’s lack of awareness about issues of sexual violence and long-term trauma. In one exercise workshop participants were asked to go over some popular myths: wartime rape is only an African problem; sometimes the victim is guilty of provoking rape; if the victim has no physical signs, she probably was not raped; sexual desire cannot be controlled.

Just because someone does not look you in the eye does not mean that person is lying, said Marijana Senjak, a psychologist who has worked with survivors since the 1990s and who led one of the sessions. Trainers emphasized how being sensitive to a survivor’s trauma will make all the difference in whether or not she or he follows through in applying for their rights and in seeking help.

About 2,200 survivors are eligible for compensation, according to a 2013 UNDP study, though no official campaign or systematic effort has been made to reach out to them. The vast majority of applicants so far have built a relationship with local nongovernmental organizations that encouraged them to apply. How many decide to come forward will likely depend on how these first 100 applicants fare.

“People think it’s been 20 years. ‘Come on get over it,'” Jasmina Papa, a UNDP program officer who was key in the law-drafting process, said in an interview. “Sometimes 20 years is nothing for some wounds.”