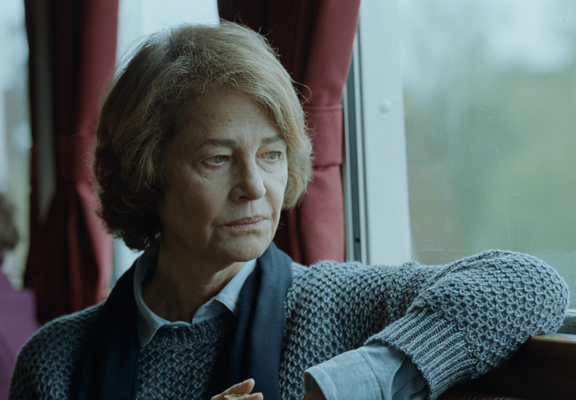 Costars Charlotte Rampling and Tom Courtenay are superb in this film. And the latest in the “Star Wars” franchise is spectacular, but the feminism is hyped like so much else. Read on for more holiday releases, straight through Dec. 25.

(WOMENSENEWS)—“45 Years” is my pick of the Dec. 18 openers. It’s a quiet, thoughtful, domestic drama about an aging English couple on the brink of their 45th wedding anniversary. The charming couple–played by the incomparable Charlotte Rampling and Tom Courtenay–are set in their ways. She goes on long walks with the dog and he putters around the house. They seem comfortable together, but she has doubts and insecurities induced by his mention of memories of woman from his youth. This film is all about the performances. Both Rampling and Courtenay are subtle and superb. Feelings flow freely from the screen. The costars are getting well-deserved Oscars buzz, and a lot of it.  “45 Years” is a must-see.

“Star Wars: The Force Awakens” also arrives Dec. 18 with so much hoopla it barely needs mention. Director J.J. Abrams fills the screen with references to the best moments of other episodes, so “The Force Awakens” is sure to be a franchise-fan pleaser, satisfying all who grew up with the “Star Wars” mythology, and attracting new believers. This seventh episode brings Carrie Fisher back to the screen as an elder Princess Leia, and introduces two new principal female characters, a kickass heroine named Rey (played by newcomer Daisy Ridley) and the series’ first-ever bad gal, Captain Phasma (played by Gwendoline Christie). Since Rey and Captain Phasma converse with each other about something other than men and/or sex, the film’s spin set are making much about the new “Star Wars” passing the feminist standard-setting Bechdel Test and commentators deem that the film is progressive in furthering the movie biz’s gender parity agenda. Indeed, the women awaken feminism in the “Star Wars” universe. But, the storyscape is still male-dominated, filled with futuristic admin officials, fantastic space creatures, mindless cloned drones and wicked beings from the dark side. Even with Leia, Rey and Phasma essential to this episode’s action, “Star Wars” doesn’t really represent an equal playing ground for women. May the force be with us!

“Sisters” is a femme-centric comedy starring the wonderfully funny duo of Tina Fey and Amy Poehler. But no holiday ho-ho-ho here. It’s about adult sibs who return to their childhood home to throw one last bash of a party before their parents sell the house they so fondly remember. Scripted by Paula Pell and directed by Jason Moore (who helmed 2012’s femme-centric “Pitch Perfect”), the film has a plot setup that plays like lesser sitcom, dialogue that’s superficial and slick and all that happens is always all too predictable. Cheap, raucous and slapstick mishaps invade the movie from some frat house hoedown. And dear Tina and Amy, you who are at the top of your game and capable of so much more, why stoop? You’re way too smart for this stuff.

“Son of Sau,” a somber Holocaust story that brings a measure of sobering contemplation to the holidays, will perhaps elicit resolutions to make the world a more peaceful and equitable place. Set in a Nazi extermination camp, the film is shot in extreme close up of Saul (first-time actor Geza Rohrig), a resourceful Hungarian Jew who escapes the gas chambers by becoming a “sonderkommando,” helping the Nazis execute mass murder until he discovers his own son among the victims. The film is director Laszlo Nemes’ first feature. It won the Grand Prize at Cannes this year and is Hungary’s Oscar submission. It is an extraordinary example of visual poetry that is so shocking and torturous that you want to turn away, but so brilliantly conceived and realized that you simply can’t. A must-see.

“Where to Invade Next” is Michael Moore’s journey into aspects of the “American dream” that have been realized in other countries, but are MIA in the U.S. He treks to such countries as France and Finland and finds that school children being fed nutritious, gourmet lunches instead of calorie-laden fast food; higher education that is offered free of charge; paid vacations that are long enough for workers to enjoy restorative adventures around the world; and prisons that run on the honor system, where inmates are trusted to behave civilly and handle kitchen knives without cutting each other up.  Many women are interviewed in the film as figures of authority, indicating that they’ve been influential in forming public policy. Moore is at his cleverest and best. The film is funny, ironic, serious and spot on.

“Joy” stars Jennifer Lawrence in the titular role as a put upon woman who willingly sacrificed her innate high creativity quotient and career potential to satisfy the immediate needs of her family. Now saddled with crippling debt and other frustrations, she invents a superior mop, goes for broke to market it on QVC (run by co-star Bradley Cooper) and launches a life for herself as a business mogul. With a star-studded cast that includes Robert De Niro, Donna Mills, Isabella Rossellini, Diane Ladd and Melissa Rivers (who plays her mother, Joan), this David O. Russell comedy opens on Christmas Day. Thanksgiving Day would have been more fitting, though, because this film is a real turkey.

Happy holidays and stay tuned here for a recap of the best female performances of 2015, publishing next week.

BIO: In addition to covering film for Women’s eNews, Jennifer Merin writes the Cinema Citizen blog and is editor in chief for AWFJ.org, the website of the Alliance of Women Film Journalists, a nonprofit organization of leading female film journalists in the U.S., U.K. and Canada. She is organization’s president. She is also a member of the prestigious Broadcast Film Critics.

Maggie Smith is Smashing as ‘The Lady in the Van’ 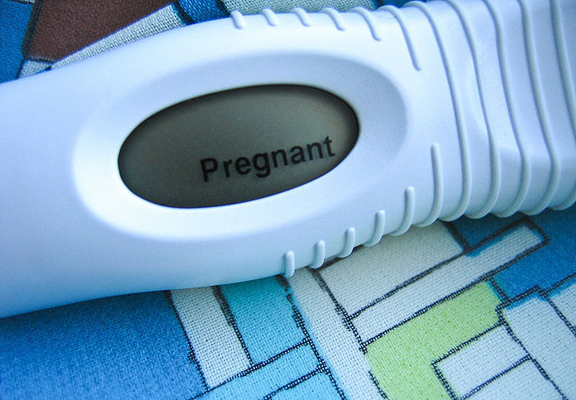 Patriarchy Is the Only Way to Explain Pregnancy Politics