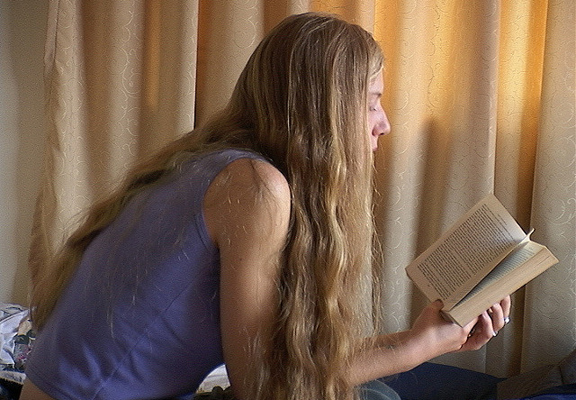 13 Must-Read U.S. Women’s Movement Books For Those Under 45

Here’s my list, what books are on yours? Send us your favorite, your top five or top 10. Let’s build the nonfiction canon of women’s history! Take a break over the holidays and email us at [email protected]

(WOMENSENEWS)— A lightbulb, maybe even an alarm bell, went off when I was showing the high school interns the office. We stopped in front of the framed photo of the moment on Oct. 1, 1991—a mere 24 years ago—when Barbara Boxer, then a member of the House, led five other female lawmakers up the steps of the Senate, demanding that it hold a hearing on Anita Hill’s sex-harassment allegations against Supreme Court nominee Clarence Thomas. What happened after that had much of the country transfixed for a kind of reality TV episode that we had never lived through before.

I asked the assembly of six teens, all females of color, if they knew of Hill. Six heads simultaneously shook the silent no.

If we don’t know how we got here, it’s hard to know who we are or where we want to go next. I wish I could give all those who were college age or younger—or yet to be born–in 1991 the following books about the U.S. women’s movement from the 1960s to 1992. (And for anyone over 45 as well, but many of you have much of this history in your own marrow.)

When the women of the House received documentation that Thomas had sexually harassed Hill, also black, they walked as a group over to the Senate and demanded the Senate Judiciary Committee hold hearings on Hill’s allegations. It is not an overstatement to say all hell broke loose. “Strange Justice: The Selling of Clarence Thomas,” by Jill Abramson and Jane Mayer, offers a full account of the 1991 congressional hearings into Hill’s accusation. It also documents Congress’ motives for trashing Hill on national television and the political paybacks behind Thomas’s nomination and appointment to the U.S. Supreme Court. The conduct of the members of Congress during the hearings sparked what became the “year of the woman,” when record numbers of women were elected to the House and the Senate and multiple organizations were created to boost women’s representation in elected public office.

“When Everything Changed: The Amazing Journey of American Women from 1960 to the Present,” by Gail Collins, a columnist for The New York Times, provides an overview of how things got this way with Collins’ usual witty, yet fully informed, self. Consider this a book you should have been assigned before you graduated from college, if not high school.

“The Feminine Mystique,” by Betty Friedan, is arguably one of the most important books of the 20th century. It remains controversial for Friedan beyond the grave, in part because it concerns the status of women married to men who make a good income. Excluded: employed women, women of color, lesbians. Nevertheless, it remains essential reading as it touched off a storm that is still being waged over the work-life balance and the ideal family life.

“The Womanly Art of Breastfeeding”

“The Womanly Art of Breastfeeding,” by La Leche League International, is produced by the group of lactating Chicago mothers that started meeting in 1956. They decided to come together to share and eventually write down what they wished they had known. Dedicated to supporting nursing and expectant mothers, the internationally respected La Leche League has set the standard for educating and supporting mothers in this natural art for generations. The league says the updated version has been retooled, refocused and updated for today’s mothers and lifestyles. Good, because employers are now required by law to provide time for women to pump. Next up: Paid parental leave so women can stay at home for a while and skip pumping for weeks or even several months.

“The Sisterhood is Powerful”

“The Sisterhood is Powerful,” by Robin Morgan, is the first comprehensive collection of writings from the women’s liberation movement. With more than 50 contributors, all women, it’s about how the status of women and girls is used and abused by the major institutions of U.S. society; marriage, the family, church, courts, the media, welfare, the schools, the professions, business and industry. Often credited as popularizing the women’s rights movement in the United States, it still serves as a basic agenda for change.

“Our Bodies, Ourselves,” by Boston Women’s Health Book Collective, first published way back when and regularly updated, was birthed by a group of highly educated Boston women who met at a feminist workshop on women’s bodies. They, like the Chicago mothers, began to believe their doctors might not actually always know best. The classic and comprehensive guide—first printed in 1970 as a 193 page booklet on stapled newsprint–is regularly updated and includes all aspects of women’s health and sexuality, including menopause, birth control, childbirth, sexual health, sexual orientation, gender identity, mental health and general well-being.

“Against Our Will: Men, Women and Rape”

“Against Our Will: Men, Women and Rape,” by Susan Brownmiller, is so powerful that I remember where I was when I happened to begin reading a review. The book is crucial to understanding the current campus movements to end impunity for sexual assaults and the international initiatives to end rape as a weapon of war.

“Battered Wives,” by Del Martin, is the book that broke the deep and deadly silence. It remains the best general introduction to partner violence and includes excellent critical summaries of the legal and political status of battered wives and the extent to which their immediate predicament must be understood in broad political terms. A long-time activist for lesbian rights, Martin married Phyllis Ann Lyon in San Francisco on June 16, 2008, in the first same-sex wedding to take place in the city after the state’s highest court approved same-sex marriage. Two months later, Martin died from complications of an arm bone fracture.

“But Some of Us Are Brave”

“But Some of Us Are Brave,” from the Feminist Press, originally published in 1982, works to put women of African descent into their rightful place in the history of American women and in the history of the descendants of Africans in the United States. It features essays by Alice Walker, the Combahee River Collective and Barbara Smith. This book is vital in this post-Ferguson discussion of race, gender and impunity in America.

“Backlash: The Undeclared War Against American Women,” by Susan Faludi, called it back in 1991. American women were just beginning to feel the start of a massive pushback on every major front: media, politics, fashion, psychology, work and reproductive health care. Sigh. She was so right, and we are still being pushed around.

“The Republican War Against Women”

“The Republican War Against Women: An Insider’s Report from Behind the Lines,” by Tanya Melich, was the first book to fully document the moment in the history of the Republican Party’s decision to include an unprecedented anti-abortion plank in the 1980 convention’s platform; the same convention that nominated Ronald Reagan for president. Given the number of Republicans serving on the U.S. Supreme Court, which is about to hear a crucial case on access to abortion services, it is well-worth understanding the political calculation that continues to be central to Republican election strategies.

“The Girls in the Balcony”

If you ever wondered why a nation’s most influential news media ignore or mishandle stories, events and trends concerning women’s lives, “The Girls in the Balcony,” by Nan Robertson, is the place to start boning up on the history of women in journalism.

“Ida: A Sword Among Lions”

“Ida: A Sword Among Lions,” by Paula Giddings, is my one biography. There are so many but this is the one that really stands out for female journalists. It is the definitive story of Ida Barnett Wells, a newspaper publisher and journalist who stood up against the lynching and segregation in post-Reconstruction era and who also fought for women’s rights during some of the most tumultuous periods in American history. Embattled all of her activist life, Wells found herself fighting not only conservative adversaries. She was also opposed by icons of the civil rights and women’s suffrage organizations, who sought to limit her place and the place of all women of African descent in the campaigns to gain access to the ballot box.

BIO: Rita Henley Jensen is founder and editor in chief of Women’s eNews. These books, and the nationwide women’s movement they inspired and guided, were instrumental in her transition from battered woman to an award-winning investigative reporter and eventually the creation of Women’s eNews.

We Need Female Visions of World: Try These 5

U.S. Writers Get Canon to Call Their Own