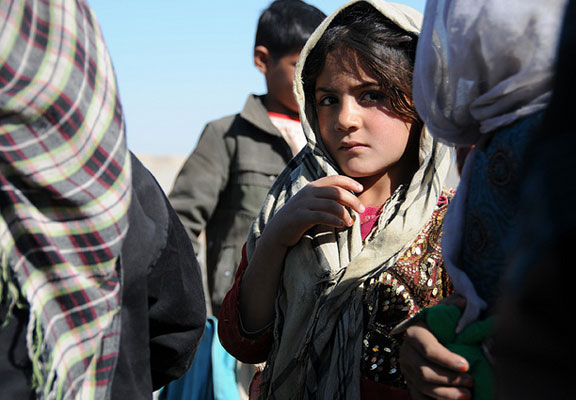 In Afghanistan, My Girlfriends Traded for a Car

Masooda wanted to be the minister of education. Mahnaz had her eyes on the prime minister seat. Malali planned on becoming mayor of Kabul. But now they are far away and I’m sure their dreams are deleted. The first time I entered my high school, one of the top girl’s schools in Afghanistan, I was happy because I knew that I would make a lot of friends from many regions and religions since it is a very big school.

After a year, I got to know many of my schoolmates and I made 20 friends in different classes. Each girl had different abilities and talents and we shared books and helped each other with lessons.

Over the three years, the number 20 eventually went down four. Some of my friends were forced to leave school by their families and some got married and moved away. Three of my remaining friends were sisters: Masooda, 15; Mahnaz, 16; and Malali, 17. The fourth was Arezo, 16.

But then last month, I lost three of my friends, the three sisters. Their family was poor and could barely provide food and cover their needs. My three friends wanted to study and become the ministers of the future. Whenever I asked them about their goals they would explain them as if it they had already become a reality and they were ministers in the government. Masooda wanted to be minister of education and she would change our teaching system to be more like Western countries.

Mahnaz wanted to be prime minister. Malali wanted to be a mayor and make Kabul the most beautiful city in the world, with parks and gardens and sculptures. She had many ideas.

Their energy and their faith always inspired the other girls around us. They were always saying how when they collected their first salaries they would buy a car for their father.

Then, suddenly they did not come to school. When I saw their neighbor, I asked about them and she said me, “Their father sold them to a person who was selling cars and got a car from him.”

I was shocked. I could not think of anything to say and I started crying.

Later, I found out the buyer was a rich man from Helmand. The neighbor told me that the man took the sisters to Helmand where his other two wives live.

Now when I go to my high school, I see other girls laughing, playing, studying, talking and reading books. But I know things have changed dramatically for three of my best friends. I expect that now they must wake up when it is still dark and begin the house chores. They probably are hit for simple mistakes and are warned to forget about their education or their goals. Within five years, I imagine they will look like 30-year-old women; aging and weak. This is what usually happens when girls are forced to marry older men and live with a life of stress.

I do not know how human beings are supposed to improve and rest in peace when they sell or delete the future before it comes. I am growing tired of losing my best friends and I wonder why the people who buy and sell women even want to keep up these cruel traditions.

But I will never get tired of helping my countrywomen and encouraging them to get an education; not until those people tire of illiteracy and stop following these bad traditions. Although I now have only one friend when I used to have 20, I will stand firm until I see equality and peace in my country. I will not stop and will not let the next generation suffer from losing their friends in return for a car.

Patsy Mink Lives on in Today’s Fight for Title IX

For Girls in Junior ROTC, It’s Not Really Military