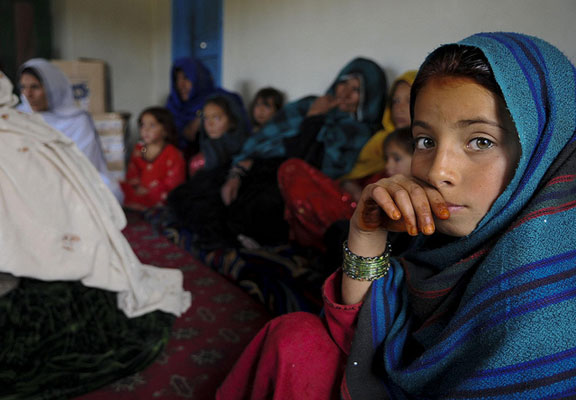 Young Nasimba’s marriage to an older man was her parents’ way of paying off a debt. The first time this happened in her friend’s life, writes Arifa, the results were tragic. On my first day back to school after our winter break, I saw a girl who was 13 years old and she watching her classmates playing football as tears rolled down her face. She was sitting there so sad and hopeless. I did not dare to go and ask her if something was wrong. But after a few days of seeing her like this, I could not stand it and I went to her and said, “Excuse me, is everything alright?”

She quickly wiped away her tears and ran to her classroom. I saw her again crying in a corner of the classroom. Her classmates were outside playing so I asked them about her. They did not know anything, so I went to the classroom and sat beside her and hugged her. The way she was crying upset me and the only thing I could think to do was put my arms around her and lend a heart to share her pains with.

She was crying so loudly that my friend Zamira and I felt like our breath was taken away and we began to cry also. It felt like the only thing we could do. We could cry and not argue with her. I understood then that “stranger” is not a word between females. The pain in our hearts is the same and we are all familiar with it.

I learned the girl’s name was Nasima and she explained the whole story. Her parents owed the old man a lot of money could not pay him back, so instead they had to give the man their two daughters. At the time of the agreement Nasima and her sister were very young and the man said he would get them when they turned thirteen. The man already had five wives. He had already married Nasima’s sister and he had beat her brutally and she died. The man apparently said the girl had misplaced two thousand Afghani. She said none of the other relatives said anything.

Now it appeared that it was Nasima’s turn to go and die also. Our traditions and beliefs have one rule: “Cry and do not argue.” Death becomes the only way out of such pain caused by our elder members, relatives and the rules.

It is as if women are surrounded by wolves at the top of the mountain without a weapon. The only escape is to throw themselves from the mountain and die. I wish it was just a chapter in a novel but it is a true story hidden by so many girls, not to be edited and changed. I wish this did not have to be felt by a girl who is 13.