Their case concerns civil-rights violations of low-wage workers, most of them women. It also tests whether–in line with a recent NLRB decision–the world’s largest hamburger chain can be taken to task as their employer.

WASHINGTON (WOMENSENEWS)–That jingle about "giving yourself a break today"? Or McDonald’s current theme "I’m lovin’ it"?

They hit sour notes for a group of former McDonald’s employees who worked, in some cases for decades, for three restaurants that are part of a South Boston, Va., franchise. The seven women and three men say in a civil rights lawsuit that they were sexually harassed and discriminated against, and eventually fired because of their race. Nine are African American and one is Hispanic. Nine lost their jobs in May 2014; a 10th quit in July.

Their complaint holds both McDonald’s and franchise owner Michael Simon liable for the alleged civil rights violations outlined in the lawsuit.

That’s significant because a key to the lawsuit, says Virginia Diamond, a former Virginia workers’ compensation commissioner who is representing the workers in the case, is a recent National Labor Relations Board ruling against McDonald’s that essentially held the parent corporation responsible for the actions of franchisees.

Although the NLRB decision would have no direct bearing on the McDonald’s case in Virginia, the concept that it embraced–that the corporate parent is responsible for the actions of franchisees–could come into play.

Restaurant Realities for the Women Employed

Such a ruling in a civil rights case could have sweeping implications for workers and for businesses because corporations could no longer turn a blind eye to franchisees doing business under the corporation’s name, and could be held responsible for a wide range of practices that are illegal.

Liz Watson, senior counsel and director of Workplace Justice for Women at the National Women’s Law Center in Washington, D.C., said the case has the potential to change the legal landscape for low-wage workers.

"I would like to say that this is a unique situation, but it isn’t," said Watson in a phone interview. "This is still going on in workplaces all over America. We especially have to be concerned about low-wage workers and immigrant workers. It is extremely hard for these workers to come forward because their jobs are at risk. They risk retaliation and losing their jobs."

Diamond, who is now with the Northern Virginia law firm Ashcraft and Gerel, filed the lawsuit in federal court in southwestern Virginia, claiming illegal discrimination under the 1964 and 1981 Civil Rights Acts. No hearing date has been set yet.

Many corporations, including McDonald’s, spell out in great detail what policies their franchisees must follow.

While courts in the past have held that corporate parents may not be responsible for the actions of franchisees, Diamond said the fast food industry has evolved and the parent company exercises nearly complete control over day-to-day operations. It’s no coincidence, she said, that if you go into a McDonald’s anywhere in the United States, you will find the same products and business practices.

"The corporation now exercises an enormous amount of control from the layout to the policies in business manuals to the mandatory computer system that controls the details of when employees work to mandatory trainings for managers," she said.

Some of the fired workers said they had stellar work records and in some instances, Simon, who owns the South Boston franchise, told them job performance wasn’t at issue, according to a video produced on behalf of the workers.

The lawsuit asserts that McDonald’s corporate headquarters had extensive control over operational details of the franchises, including treatment of employees, and required them to report incidents of harassment "up the chain of command" to the headquarters if their own managers did not respond to their complaints. In the case of the South Boston employees, it was their managers who were perpetrating the harassment, the lawsuit claims.

Diamond said the workers, like many low-wage workers in the fast food industry, need their jobs to survive.

"These are family people with children and grandchildren," she said a phone interview. Most have found other jobs in fast food restaurants, Diamond added.

The lawsuit she filed on behalf of the workers says that the fired workers were paid anywhere from about $7.25 an hour to about $9 an hour (
South Boston Complaint).

A report last fall by Restaurant Opportunities Center United, a group with ties to organized labor, found that of the 11 million workers in restaurants in the United States, a vast majority of the servers–about 70 percent–are women. The report cited data from the federal Equal Employment Opportunity Commission showing that a majority of the female workers reported some type of on-the-job harassment, often from customers, but also from bosses and co-workers. It added that all workers–men and women–reported some type of harassment. The survey was based on about 700 interviews and focus groups in Houston, New York, New Orleans and Washington, D.C.

ROC and allied groups propose increasing the minimum wage, which can be as low as $2.13 an hour in places where employees can receive tips, and requiring restaurants to have written, anti-harassment policies.

While some states have moved to increase the minimum wage, some workers earn so little that they qualify for public assistance. A state-by-state chart, compiled by the federal Department of Labor, shows the trends across the country. Virginia is among the states where minimum wage workers are paid the least.

Among the indignities that Diamond, the McDonald’s workers’ attorney, said were visited up the employees: "They were subject to racial epithets by supervisors, they were told there were too many black people working in the store. Some were given disciplinary measures for conduct that white employees were allowed to do."

As widely reported in late January after news of the lawsuit broke, supervisors in the franchise’s three stores, owned by Simon, told employees on different occasions that it was "too dark" in the restaurants and that they wanted to "get the ghetto out of the store." Nine of the employees, who filed the lawsuit in early January, were fired on the same day in May 2014; the 10th employee in the lawsuit quit in July.

McDonald’s, headquartered in Oak Brook, Ill., issued a statement saying the company was reviewing the allegations and that McDonald’s "has a long-standing history of embracing the diversity of employees, independent franchisees, customers and suppliers, and discrimination is completely inconsistent with our values." Simon did not respond to repeated requests for comment.

Would you like to Send Along a Link of This Story? https://womensenewsp.wpengine.com/2015/02/mcdonalds-workers-in-virginia-test-whos-boss/ 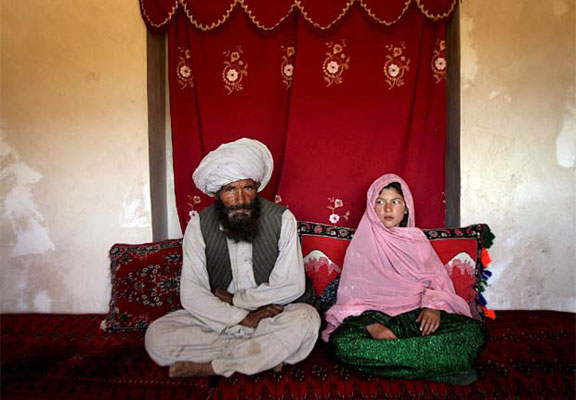