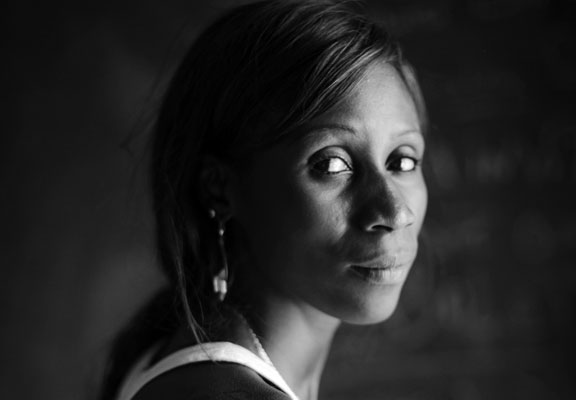 Sister Fa was cut at the age of 3 in a public ceremony, a moment that changed the course of her life. Now she uses her music and star power to bring attention to the procedure, says Anne K. Ream in this excerpt from “Lived Through This.”

(WOMENSENEWS)–“I want my girls to be happy and kind,”my mother would often say to me, and on the face of it, who could argue with her? Happiness and kindness were states that generations of women in my family had aspired to, as evidenced by the ancient framed embroidery still hanging on the walls of the guestroom in her home.

“Cheerfulness breeds harmony,”reads one, in meticulous cross-stitch, and “Contentment is happiness,”the other. “What, no ‘Happiness is a warm gun’ to complete the trifecta?”a friend who stayed in the room once laughed. He had a point.

I think of those embroidered admonitions when I think about Sister Fa (proper name: Fatou Diallo), a Senegalese rap star whose Art Works for Change-supported Education sans Excision tour uses rap music to educate the West African public about the damage done to victims of female genital cutting, known as FGC, and gender-based violence. Diallo –who was herself a victim of FGC and rape–is not content, rarely seems happy and on many days is not what the world might call “nice.” And therein lies a large part of her power.

When I spend 10 days touring with Diallo and her band throughout Senegal and The Gambia, she comports herself in much the same way that she raps, with staccato bursts of energy and an often impatient backbeat. She heads into regions where conservative Muslim groups have threatened her life because of her anti-FGC stance and wonders why others would hesitate to do the same. She eats rarely and little, sleeps minimally and seems unaffected by the 18-hour days and 110-degree heat, impatiently reminding the less hearty in her entourage that they, too, must be stoic in the name of activism.

At an anti-violence event at a middle school in the Kolda region of Senegal, I watch with a sort of shocked awe as she leaves the dais, walks up to the respected United Nations speaker addressing the crowd and whispers in her ear: “Be quick! You’ve been up here too long, and you are merely saying the same thing over and over.” It may have been rudeness, or it may have been righteousness, but whatever it was, it worked: the speaker concluded her remarks, leaving time for a local woman to share her own story of FGC, rape and forced marriage–testimony that would prove to be the most moving point in the day’s program.

The political is as personal as it can possibly be for Diallo. Her lived experience with FGC, a practice that it is estimated over 92 million girls and women have undergone in Africa, informs all that she does. Brutal, painful and almost always performed without anesthesia, the generations-old practice of FGC was banned by the Senegalese Parliament in 1999. Yet what national law has rejected is often embraced or at least tolerated according to local customs, generating conflict within communities and families.

Diallo, who was cut at the age of 3 in a public ceremony, still remembers, vividly, that day. “I was with about 50 other girls in my village, and we were told this was a great celebration. We were laughing, dancing, playing–so free. This was the last time I ever again felt such freedom and trust. We were then taken into a room, one by one, where each of us was cut without anesthesia. I remember the blood and the pain even today. And I remember the feeling that my community had betrayed me. But mostly I remember feeling the betrayal of my mother. How could she allow this pain to come to me, her daughter whom I know she loved?”

“Over time, I came to understand that my mother was not cutting me to harm me, but because she felt that she was doing what was the best for me so that I could have a good future and could get married. The girl who is not cut is treated like an animal–she can’t get married, cook or even give water to someone. She is too ‘unclean.’ My mother was weak, too much believing in tradition, to stop this from happening to me. It was easier once I understood this about her, but not so easy that the pain ever went away. I knew that one day I must speak out about this. And when I found music and began to have success as a singer, I did talk out. I am lucky that my creativity and my music have given me a voice. So many other Senegalese women will never have that, so I use this voice for them.”

Cutting is not the only form of gender-based violence Diallo has endured. At the age of 6, she was sexually assaulted by a family member, an event that she almost never speaks of, but one that informs her anti-violence work in important ways. “So many of us African women who have been cut are also victims of other forms of sexual violence or abuse. I believe that those who do not understand what is wrong about cutting a girl may also be afraid to stand up against rape or incest if they are told that this is just all a part of ‘how things are’ for us. The mothers must be our first protectors. It is the mothers who must speak out about this, but it is the mothers who have themselves been harmed who are too silent, and we learn to be silent from them.”

“I am not a total woman now,” says Diallo. “I feel, how would you say, ‘incomplete’ in my body. I am angry that this cutting, this rape, this violence continues. Just weeks ago, I learned that they cut a girl in my own distant family. She was not yet 1 year old! People think that the national laws will solve the problem. But it is only the beginning of solving the problem if our mothers in the villages do not stand up in protection of their daughters. And we must educate those daughters to their rights, so that they know that they can also stand up for themselves.”

“Sister Fa has been among the most powerful voices saying ‘no’ to FGC and violence against women in West Africa,”says Fatou D. Niang, a respected women’s rights advocate at the United Nations Educational, Scientific and Cultural Organization office in Senegal. “She succeeded as a musical artist here, and then in Europe. She could have turned her back on Senegal years ago, never coming home because of her success in rap in other countries. But she continues the fight here, and the young people and also older people are listening to her. They come out to hear the music and then they hear her message that FGC is against the law. But she also tells them that if they don’t stand up for that law in their villages, the law will not matter. Someday this violence against our Senegalese girls will end. When it does, Sister Fa and her rap music will have played the largest possible role.”

Excerpted from “Lived Through This: Listening to the Stories of Sexual Violence Survivors” by Anne K. Ream, (Beacon Press, 2014). Reprinted with permission from Beacon Press. 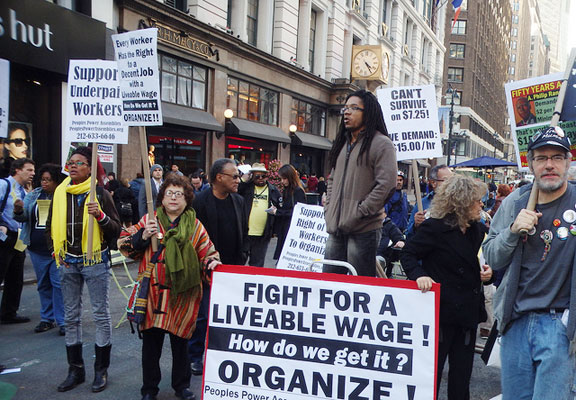