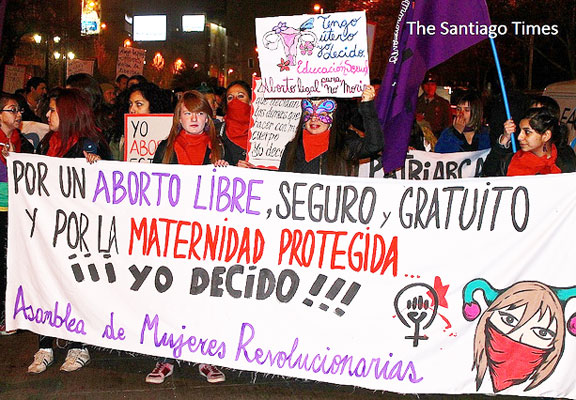 Chile has taken steps to decriminalize abortion under certain circumstances. Also, during a press call this week, activists highlighted how the LGBT community is at risk in developing countries.

Credit: Photo by Ashoka Jegroo / The Santiago Times on Flickr, under Creative Commons

Amnesty International is applauding Chile‘s commitment to decriminalize abortion in cases where the pregnancy was the result of rape, the woman’s life is in danger and when the fetus is not viable, calling it “a positive step forward to ensure and protect the rights of women and girls in the country.” The reforms were announced as part of Chile’s adoption of the recommendations made on June 19 as part of the United Nations Universal Periodic Review. Currently all abortions are illegal in Chile and women who have received an abortion can be imprisoned. However the process may not be easy, warns Amnesty International who reminds that previous bills, which would have allowed for abortion in certain circumstances, have been repeatedly rejected by the Chilean Congress.

New York‘s Republican-led Senate passed three bills relating to employment and housing discrimination and equal pay for women, News 10 NBC reported June 17. The upper chamber passed the bills that would prevent discrimination based on family status, prevent housing discrimination against domestic violence victims and ensure equal pay regardless of gender. Also, the state’s Assembly passed a ban that prohibits health professionals from trying to change a minor’s sexual orientation through therapy, the Wall Street Journal reported June 16. New York would become the third state, along with New Jersey and California, to ban conversion therapy. The bill has yet to be passed in the state Senate.

Over 1,000 girls and women of color have sent an open letter to President Barack Obama asking to be included in the “My Brother’s Keeper” initiative. The letter stresses the importance of including women and girls in programs that impact communities of color.

U.N. rapporteur Rashida Manjoo will receive the International Human Rights Award for her work on violence against women, the American Bar Association announced June 17. The award is given to those who have made substantial contributions in areas such as civil rights, civil liberties or human rights outside the United States.

The Obama administration has issued an executive order requiring that all companies who contract with the federal government not discriminate on the basis of sexual orientation and gender identity, ThinkProgress reported June 16. The order is expected to protect more than a million LGBT workers across the country.

Forcing women, men and children into marriage has been made illegal by the British government, Reuters reported June 16. The new law criminalizes the act of forcing someone to marry with a maximum jail sentence of seven years.

Employers are barred from discriminating against employees who breastfeed on the job, according to a landmark ruling by the Southern District of New York, reported a June 12 Legal Momentum press release. Four female sheet metal workers who report being fired due to their gender, one specifically for breastfeeding, won a lawsuit against Vamco Sheet Metals, Inc.

It is not uncommon for lesbian, gay, bisexual and transgender people in the developing world to be attacked, raped and killed because of their sexual orientation, said American Jewish World Service President Ruth Messinger in a conference call on June 17. Nikki Mawanda, a transgender male LGBT activist from Uganda, sought asylum in the U.S. after he was publicly targeted by a Ugandan tabloid. “My family was targeted because of who I was. I was lucky to get a visa to the U.S.,” Mawanda said. LGBT people in Uganda are often ostracized by their families and have difficulty finding employment because they are discriminated against, according to Mawanda. This makes the process of acquiring a visa more difficult for LGBT people because they often have no family ties or economic security. Another activist on the press call, Sattara “P’Tao” Hattirat, is a member of the Togetherness for Equality Action, a Thai grassroots group that focuses on removing the social stigma against LGBT individuals. It is a common belief in Thai culture that LGBT people are not heterosexual because they did something bad in a past life, Hattirat said. “I was made to feel [like] my sexuality was wrong,” she said.

The U.S. government has singled out Thailand, Malaysia, Venezuela and The Gambia for taking insufficient action against human trafficking, CNN reported June 20. In its annual Trafficking in Persons Report, released June 20, the U.S. State Department downgraded the four countries to the lowest possible ranking it gives for national responses to fighting modern day slavery. The report says there is evidence of forced labor and sex trafficking in Malaysia and Thailand. In Thailand, the report says tens of thousands of migrants from neighboring countries are being exploited in the commercial sex industry, on fishing boats or as domestic servants. And in Venezuela, women and girls are often lured from poor interior regions to tourist centers with the promise of false job offers. When they arrive, they are often forced into prostitution.

Moroccan Prime Minister Abdedilah Benkirane said women should be at home rather than working, the New York Times reported June 18. He said “women don’t even find time to get married, to be mothers or to educate their children” because they are working, setting off a debate on social networks and in Moroccan news media outlets.

A Manhattan, N.Y., gynecologist has been indicted on charges that he sexually abused six patients, most of whom were pregnant, the Daily News reported June 19. Robert Hadden, 55, is accused of fondling and performing oral sex on the unsuspecting women between September 2011 and June 2012, court papers show.

Pastors, considering themselves not equipped to respond, often fail to address domestic and sexual violence appropriately, according to a June 19 IMA World Health report. Seventy-five percent of Protestant pastors underestimate the amount of violence occurring in their communities and rarely speak out about the issue, according to a LifeWay survey, but 80 percent said they would take action if they had the resources.

A British woman who died after being attacked on a footpath may have been targeted because of her Muslim dress, according to police, The Guardian reported June 18. The woman, who was in her early 30s, was wearing an abaya, or full-length robe, and a hijab, a head covering.

Gender and sexual discrimination discourage women from joining building trades and other blue collar jobs, according to a study released June 17 by Sociologists for Women in Society. Women make up 2 percent of the building trades work force, according to the study. Both heterosexual and lesbian tradeswomen are subject to homophobia because they contradict stereotypes about femininity and threaten their male colleagues’ masculinity, the study reports.

At least 12 women were abducted during the latest attack in Kenya, which also left 15 people dead, the BBC reported June 17. Somalia’s al-Shabab group has claimed it was behind the attack.

Nebraska‘s Supreme Court will not grant a same-sex couple with a divorce because it does not recognize same-sex marriages, the San Francisco Chronicle reported June 13. The couple, who were married in Iowa, has filed for divorce in Nebraska where they now live.

A woman with seven children died in a Pennsylvania jail cell while serving a two-day sentence for her children’s absence from school, CBS News reported June 13. Eileen DiNino, incarcerated to erase $2,000 in fines and court costs, died at age 55.

Homophobia may cost the Indian economy as much as $30.8 billion every year, according to a study for the World Bank, the Huffington Post reported June 13.

Russia‘s second largest city, St. Petersburg, has repealed its “gay propaganda” law, the Gay Star News reported June 18. The city’s lawmakers decided there was no longer a need for the local law now that there is a federal ban.

The rebels who participated in the guerrilla war in northern Uganda received amnesty, derailing attempts to bring other fighters to justice, Reuters reported June 11. Thousands of former fighters from the Lord’s Resistance Army, led by warlord Joseph Kony, committed horrific acts of sexual violence and sold children as sex slaves.

The U.S. Supreme Court ruled that an anti-choice advocacy group can challenge an Ohio law prohibiting “false” political speech, RH Reality Check reported June 16. Ohio‘s “false statements” law makes it a crime to knowingly or recklessly make false statements about a candidate during a political campaign. The group, the Susan B. Anthony List, is accused of violating the law during a 2010 campaign when they accused a politician of voting for federally-funded abortion. The Supreme Court’s ruling does not decide whether the law is constitutional.

PR Watch reported June 18 that George Will, the controversial columnist for the Washington Post, was awarded a $250,000 prize from the ultraconservative Bradley Foundation. Will came under intense criticism for his recent comments on the anti-campus rape movements, saying they have given, “victimhood a coveted status.” PR Watch is a website sponsored by the Wisconsin-based Center for Media and Democracy.

About 30 Muslim mothers, veiled, rallied in front of the Ministry of Education in Paris on June 18 to protest the ban to accompany their children on school outings. On this occasion, the women released a document named “Yes to secularism, no to discrimination,” signed by about 20 personalities including elected politicians, French newspaper Le Parisien reported.

Young and middle-aged women who are depressed are twice as likely to have a heart attack or die prematurely, the U.K.‘s Daily Mail reported June 18.

Over $11,000 has been raised towards the burial costs of a 28-year-old transgender activist who was found dead last week, PinkNews reported June 18. Zoraida “Ale” Reyes was found June 12 behind a Dairy Queen in Anaheim, Calif.

U.S. judges are more likely to rule in favor of women’s issues if they have daughters, a study has found, the New York Times reported June 16. According to the study, having at least one daughter results in a 16 percent increase in the number of gender-related cases in which a judge will rule in a “feminist direction.”

Would you like to Send Along a Link of This Story? https://womensenewsp.wpengine.com/story/cheers-and-jeers/140620/chile-oks-some-abortions-lgbt-threats-are-global 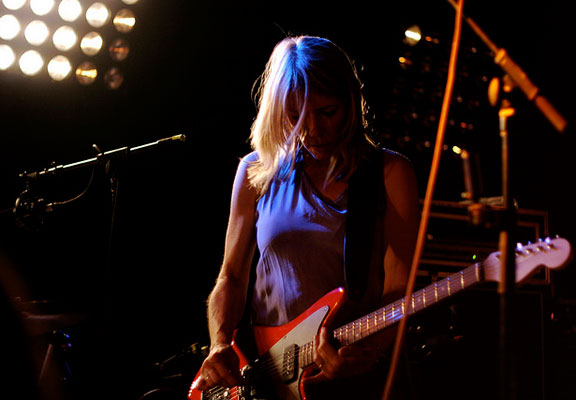 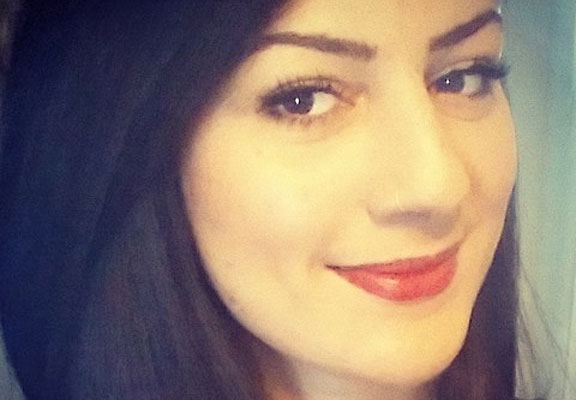