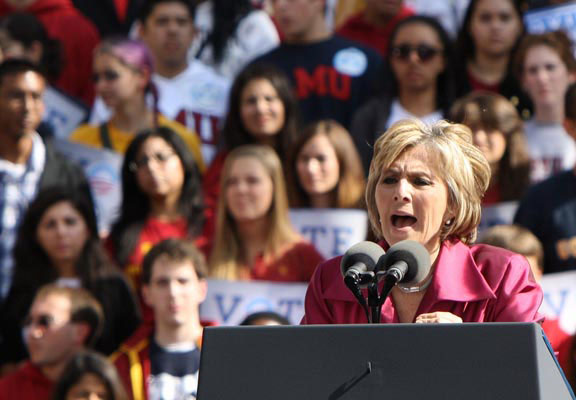 ‘Close the Gap’ Tours California to Stop the Slide

Yes, it does matter if women are in state legislatures. A growing stack of research shows how elected women support the social infrastructure in ways that benefit everyone. That’s why we need more women in the 2014 and 2016 races.

We are the only state to advance women’s reproductive rights in the last few years.

The state is rapidly moving forward on the Affordable Health Care Act and there has been paid family leave in California since 2002, though it is underused.

But don’t be misled. Even here we have a political gender gap that is actually widening, not closing. The California state legislature has 120 members with 32 seats held by women, around 27 percent, down from 30 percent a decade ago.

Close the Gap CA was founded to counter these losses and is conducting a four-city “Stop the Slide” tour during March to coincide with Women’s History Month. Women’s rights activists and elected officials will be speaking about the “slide” in female representation and encourage women to run for office.

Close the Gap will also be recruiting progressive women to run in 2014 and 2016. Nine women will be termed out of the state legislature in 2014 and fewer women are running for office than in 2010, says Betsy Cotton, director of the initiative.

Does it really matter if women are in public office in equal numbers to men? Yes it does, just check the research that has been piling on for more than 20 years.

In 1991, The Center for Women and American Politics published a series of findings about the impact of women on state legislatures. Women were more likely than men to support feminist and liberal policy positions such as passage of the ERA and support for abortion rights. It found that women were more likely than men to have worked on “women’s right legislation,” including issues affecting children, families and health care.

Michele Swers followed in 2002 with her book on women in Congress, “The Difference Women Make: The Policy Impact of Women in Congress.” She studied the legislative process from bill initiation to the concluding vote and affirmed that women are more likely to “champion women’s issues.”

Having more women in office benefits all constituents, U.C. Berkeley and University of Chicago researchers found in their 2011 study “The Jackie and Jill Robinson Effect.” Women bring 9 percent more spending to their districts from federal programs, they found. This translates to about $49 million more income for each district represented by a woman.

In their 2005 book, “It Still Takes a Candidate,” Jennifer Lawless and Richard Fox argue that women have different political agendas from those of men. Women emphasize education, the environment, consumer protection, gay rights, health care and helping the poor. Men are more likely to carry bills on agriculture, business and the economy, crime, foreign policy and the military.

Elected women prioritize the social infrastructure. Having served eight years as a California county supervisor, I learned daily that women consider public health to be as much a budget priority as public safety. On the local level, supporting mental health programs and social services becomes as important as fixing streets and patrol cars.

Reviewing the work of women in the California State Legislature during a period from1993 to 2008 revealed that women make a difference for women.

Sheila Kuehl and Hilda Solis are from Southern California. They served 14 and 10 years

respectively in the state legislature. During their years in Sacramento, Kuehl and Solis carried a series of bills that focused on children, civil rights, domestic violence, education, employment, health care and reproductive rights.

‘All Is Still Not Well’

Progress for women has been made in California because of dedicated legislators such as Kuehl, Solis, Speier and Jackson.

But all is still not well for women in California. A recent meeting in Sacramento sponsored by the California Center for Research on Women and Families focused on the unmet needs of women in child care, economic empowerment, health care, poverty relief and Title IX implementation. The California Center’s executive director, Kate Karpilow, hopes to “push women’s issues to the forefront of the legislative agenda.”

In the last several cycles the state has balanced its budget on the backs of women and children. Today 1-in-4 children and 1-in-3 single mothers in California live in poverty, according to the Women’s Foundation of California.

The most recent Shriver Report, “A Woman’s Nation Pushed Back from the Brink,” found that nationally 42 million American women and 28 million children are living in poverty.

Data from the Center for American Women in Politics show that women still have a long way to go to reach gender balance in office. In the U.S. Senate there are 20 of 100 seats held by women and in the House of Representatives, only 79 of the 535 seats are held by women. The average for both houses combined is about 19 percent.

Across the United States, women hold five of the 50 governorships and about 24 percent of state legislature elected offices. This is an increase of only 2 percent in the last 10 years.

If we are to succeed as a nation, there must be equal representation of women in elected office. “When women succeed, America succeeds,” said President Barack Obama in his State of the Union address on Jan. 28, 2014. Taking political power to gain equality becomes an imperative for American women.

Susan Rose served for eight years on the Santa Barbara County Board of Supervisors and is the former executive director of the Los Angeles City Commission on the Status of Women. She is a member of the board of trustees of Antioch University Santa Barbara.

Would you like to Send Along a Link of This Story? https://womensenewsp.wpengine.com/story/the-nation/140317/close-the-gap-tours-california-stop-the-slide 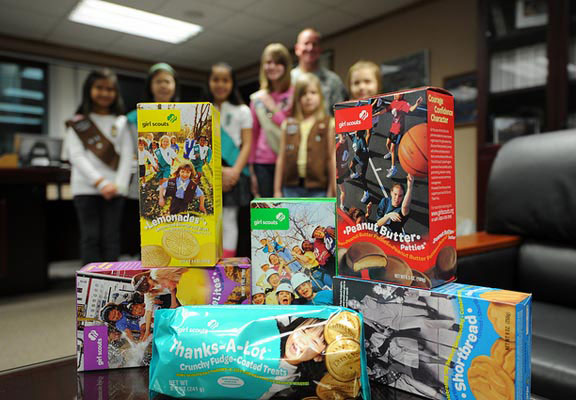 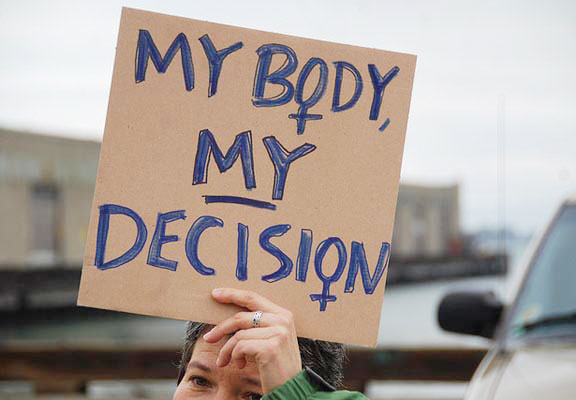