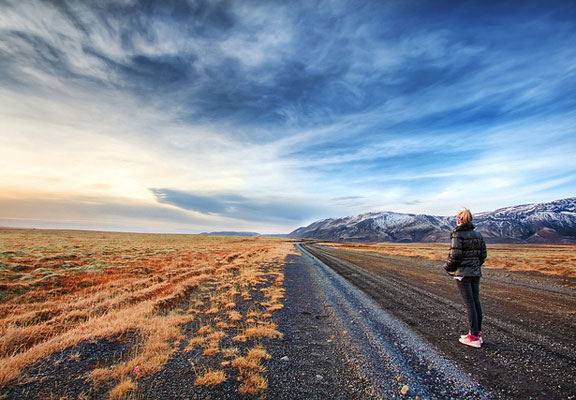 The scoring system measures 72 countries on such things as rates of anemia, access to agricultural land and women in policymaking positions. The United States has the lowest rates of anemia, but factors such as its failure to ratify CEDAW pushed it to 14th place.

(WOMENSNENEWS)–To see what’s being done right when it comes to gender equality and environmental efforts, look to northern Europe.

That’s the finding of an index that launches tomorrow, Nov. 19, which ranks 72 countries to measure how they stack up globally.

Iceland topped the index, followed by the Netherlands, Norway and Sweden.

The scorecard, called the Environment and Gender Index (EGI), monitors governments’ progress on women’s empowerment in the environmental arena. It is being launched during the UN Framework Convention on Climate Change’s (UNFCCC) 19th Conference of the Parties (COP19), a climate change conference taking placeNov. 11 to22 in Warsaw, Poland, in hopes of measuring progress, improving information, identifying gaps and pushing countries to take more action, especially on international gender and environment mandates.

“There’s not enough accountability between international agreements and what’s happening on the ground in gender and environment . . . and no one is monitoring it,” said Rebecca Pearl-Martinez, EGI’s manager who works in the global gender office of the International Union for Conservation of Nature, the Switzerland-based organization behind the index. “There’s piecemeal monitoring and data, but no one is looking at this holistically. We didn’t know worldwide where women were doing better or worse environmentally.”

Pearl-Martinez said they hope the index will push governments to overcome the inertia seen in many countries in implementing international gender mandates in the environmental sector that have been agreed to over the last two decades. The EGI, she said, provides the first quantitative data on governments’ performance translating such mandates in the three Rio Conventions, which came out of the Earth Summit held in Rio de Janeiro in 1992, and CEDAW (Committee on the Elimination of Discrimination against Women) into national policy and planning.

“We will not have truly done our work until whatever is done at the international level in terms of agreements can actually trickle down to your woman growing yams. Until she’s not directly benefited, we’re still talking blah, blah, blah, right? And that’s the challenge,” said Christiana Figueres, executive secretary of the UNFCCC.

Iceland is No. 1 in the index, a top performer in most of the EGI’s categories. “It was one of the few OECD [Organization for Economic Cooperation and Development] countries that connected gender and climate change mitigation,” Pearl-Martinez said. “Iceland is forward thinking on this. Their lower performance was in women in COP delegations,” she added, referring to the national delegations sent annually to negotiate the international climate change convention UNFCCC.

The United States ranks 14th, in part because of its lower performance, equal to that of Greece and Bangladesh, on women in policymaking positions and because it hasn’t ratified CEDAW. The United States is, however, the top country among the 72 on the percentage of women without anemia; 90 percent don’t have the condition. On the other end of the spectrum is Mali, where only 38 percent of women aren’t anemic.

Coming in last is the Democratic Republic of Congo, with low scores on most variables, except ones such as its ratification of CEDAW and equal legal rights. (See how other countries rank in this photo gallery.)

Pearl-Martinez said generally women are under-represented in environmental decision-making. The index found, for instance, that the global average for women’s participation in inter-governmental negotiations on climate change, biodiversity and desertification peaked at 36 percent. It also showed that 45 of the 72 countries have no female ministers of the environment or another environment-related ministry such as land, energy or agriculture. Only nine countries had both, including the United States.

But female leaders are becoming increasingly important as environmental concerns continue to take their toll on women. The everyday lives of some women have become harder due to climate change, said former Vice President Al Gore in a late September session with journalists.

“In much of the world, particularly developing countries, women do a disproportionate share of labor such as gathering wood or other biomass for cooking fires and that task has become much more onerous, [as has] gathering water if it has to be carried from more distant and deeper wells and dealing with the problems that families, and children in particular, experience in greater proportion as the effects of global warming unfold.”

Not only are women more impacted by some environmental factors, but they also bring different skills and knowledge to the table, such as with biodiversity, said Päivi Kannisto, senior advisor at the Ministry for Foreign Affairs of Finland, who specializes in gender equality and is one of the 32 members on the EGI expert panel.

“We are losing our valuable biodiversity every single day. Women in most countries are the ones who know what different species there are and where they are and what is the meaning of them as they are daily linked to biodiversity through their actions and through their role as a woman,” she said.

This type of specific knowledge reinforces why it’s essential that women also be in environmental leadership roles, she added.

“If only men participate in decision-making, as has been the case in the past, we will miss the knowledge, the views and the wishes as well perhaps also the action of half of the world,” Kannisto said. “Protection of forests and prevention of desertification, water in all its forms, sustainable consumption and industry, sustainable agriculture, green growth and green economy and innovations are just some of the areas in which women should be among the decision makers and active implementers and contributors of knowledge much more than what they are today.”

The EGI, which began in June 2012 at the Rio+20 conference, hopes to encourage women’s roles in environmental policymaking through its rankings. It scored the countries among 27 variables that were divided into six categories. The data, mostly from 2010-2012, were taken from existing internationally recognized datasets.

But Pearl-Martinez said they realized when compiling the index that data on women’s roles and access in environmental sectors is severely lacking. Robert Engelman, president of the Washington-based environmental group Worldwatch Institute, added that more data is needed in other areas too. “It’s also critical that we build the evidence base for the important premise on which the new index is based – that gender equity and female empowerment are prerequisites for sustainable development.”

Besides motivating countries to share lessons and do better, the index may also be a tool to encourage international cooperation on environmental issues, which Kannisto said is necessary.

“Environment is something that does not know borders. You lose a forest somewhere, it affects a much wider area than just that location. International cooperation is extremely important there,” she said. “This kind of an international network is a valuable tool for diplomacy and for the environment. It is also an absolute necessity for a small country to get its voice heard. And, it is much more interesting and fun to do this together rather than alone.”

Juhie Bhatia was a recipient of a United Nations Foundation Global Issues Press Fellowship during the 68th session of the United Nations General Assembly, during which some of these interviews were conducted.

How 9 Countries Score on Women’s Rights and the Environment