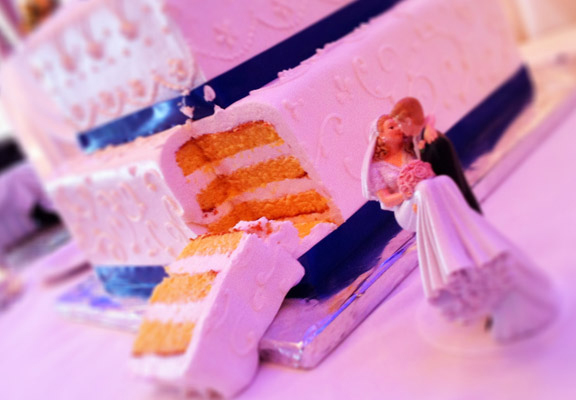 Women continue to choose to get married, despite feminism and our economic freedom, says Debora L. Spar in this excerpt from “Wonder Women: Sex, Power and the Quest for Perfection.” Better health and wealth appear to be two benefits from this union.

(WOMENSENEWS)– I got married on an unseasonably cold day in April. It had rained hard for the past three weeks, and so when the sun emerged that morning we took it as a good omen. I wore an ivory dress and carried roses. My husband wore a suit his father had sewn for him and a face green with nerves. We held the ceremony in a chapel, but had cautiously removed any visible signs of Christ. The Unitarian minister was glorious; my mother-in-law sobbed; and the food was fine. At least I think it was fine. I don’t actually recall eating any of it.

Today, the bridal industry in the United States accounts each year for approximately $72 billion in sales. The entire bottled water industry, by comparison, generates about $11 billion a year; bookstores account for only $16 billion. Fourteen percent of the bridal industry’s total comes from the sale of engagement rings; roughly another 5 percent from wedding dresses. Each of these components is regarded by Wall Street analysts as essentially “recession- proof,” with couples regularly spending an average of $20,000 on their special day.

To critics, our enduring obsession with the white wedding proves the triumph of both capitalism and conservatism. Harking back to marriage’s contractual past, for example, Jaclyn Geller argues that weddings are inherently destructive, symbols of nothing more than the ancient rites by which women were traditionally “given”– often sold– to men. Wedlock,” she states, “is tainted by the historical residue of female subordination; an overwhelming, oppressive social history that many modern brides and grooms are simply not aware of.”

Intellectually, I totally buy their arguments. Weddings are anachronistic. They are expensive and overwrought and mundane in their conformity. At the turn of the 21st century, there is no rational reason why women should get married at all anymore, much less why they should do so with all the lace and frippery embraced by Queen Victoria. She was Queen Victoria, after all, who ruled over a now much-despised colonial empire and didn’t talk much about sex. Just because she chose to marry her prince in a pure white gown and lacy veil, why should I? And all my friends? And pretty much everyone I’ve ever known?

Why, for heaven’s sake, should twice-divorced women go through the same ceremony all over again, cooing those “till death do us part” vows that didn’t work the first time around? And why, after decades of fighting valiantly against the heterosexual status quo, would gay and lesbian couples choose to embrace the same cakes, the same rings, the same dress-and-tuxedo affairs? Surely, Geller has to be right: “Marriage mania in modern American women did not arise sui generis. It is the result of millennia of law and social custom that have valued women solely in terms of their relationship to men, predicating female respectability on male stewardship.”

Yet one has to wonder whether legions of women–smart, confident, well educated, ostensibly independent women– are really being hoodwinked to such a massive degree. Because we know, after all, the rough history of marriage. We know our mothers did it, and our grandmothers, and all those long-forgotten ancestors who were likely roped into marrying boys they didn’t like at all. We know that feminism freed us from economic dependence and that the sexual revolution gave us the ability to control both pleasure and reproduction. But there we go again, marching down aisles and blushing beneath virginal veils. Something deeper has to be going on here, something more primal than simply striving to tie a public knot.

One possibility is health. In study after study, research shows that married individuals live longer, healthier lives than their single counterparts. Single women, for example, suffer from mortality rates that are about 50 percent higher than those of married women; for single men, the differential is a shocking 250 percent. Single men and women both report higher rates of depression and anxiety than do married men and women, and young adults experience notable drops in depression and drinking problems after they tie the knot. “Having a partner who is committed for better or for worse, in sickness and in health,” one marriage study concludes, “makes people happier and healthier.”

A second possibility is economics. Harking back to more ancient drivers of marriage, research also shows that married couples are generally wealthier than their single counterparts. In 2009, for example, the median household income of married couples in the United States was $71,830, compared to $48,084 for “male house holders” and $32,597 for “female house holders.” In 2004, median assets for married couples were roughly five times those of unmarried men and women. Increasingly, it does not make a difference–economically, at least–whether the husband or wife is the primary wage earner, or whether either or both of them work. Statistically, men and women are just better off in the state of marriage.

Sensible though they may sound, however, both the health and wealth explanations of marriage present two kinds of problems. The first relate to causality, the second to credibility. Put simply, the causality problem means that it’s hard to determine whether marriage causes people to be healthier and wealthier, or if healthier and wealthier people are more likely to be married. In the United States, this problem is confounded by the bleak fact that our poorest and least educated citizens are also the least likely to be married. Clearly, these populations suffer from a lack of two-income families (and from the poor single mother-led families that predominate as a result). But this complex situation doesn’t reveal whether marriage actually causes people to become either wealthier or healthier.

Meanwhile, the idea that people would actively pursue marriage in the hope of becoming wealthier or healthier strains our credulity, at least a bit. Yes, we must contend with the intensely annoying reality of “Who Wants to Marry a Millionaire?” And with tabloid tales of 26-year-old bombshells who breezily wed geriatric oil barons. But even if women (or men) really were regularly marrying for money, it wouldn’t explain why they spend so much money doing it.

Interestingly, research on the topic of marital choice is decidedly slim. There are volumes on how to get married; even more volumes on how to stay married; and dozens of academic works that probe the history and economics of this strange custom. But there is blessedly little understanding of just why we still do it. Indeed, as one scholar of marriage states, “I think the interesting question is not why so few people are marrying, but rather, why so many people are marrying, or planning to marry, or hoping to marry, when cohabitation and single parenthood are widely acceptable options.”

Excerpted from “Wonder Women: Sex, Power and the Quest for Perfection” by Debora L. Spar, published in September 2013 by Sarah Crichton Books, an imprint of Farrar, Straus and Giroux, LLC. Copyright © 2013 by Debora L. Spar. All rights reserved.

Debora L. Spar is the president of Barnard College, the women’s undergraduate college affiliated with Columbia University in New York City. She received her doctorate in government from Harvard University and was the Spangler Family Professor of Business Administration at Harvard Business School. Spar is the author of numerous books, including “Ruling the Waves: Cycles of Discovery,” “Chaos, and Wealth from the Compass to the Internet” and “The Baby Business: How Money, Science and Politics Drive the Commerce of Conception.” Follow her on Twitter @deboraspar.

Would you like to Send Along a Link of This Story? https://womensenewsp.wpengine.com/story/marriagedivorce/130928/marriage-remains-popular-choice-though-unknown-why

One response to “Marriage Remains Popular Choice, Though Unknown Why” 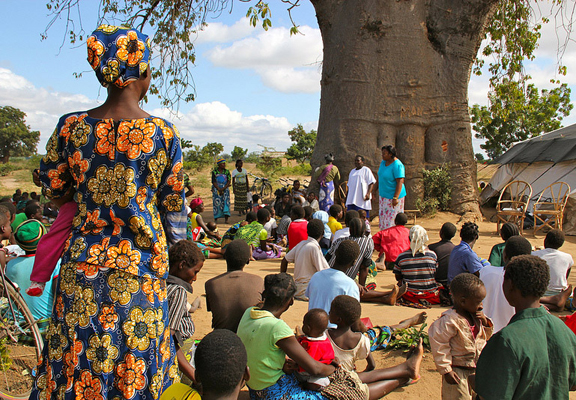 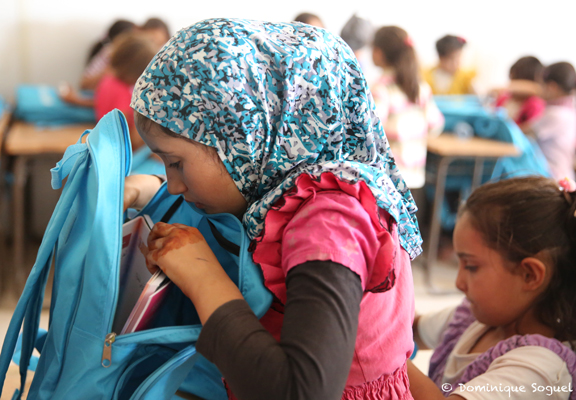