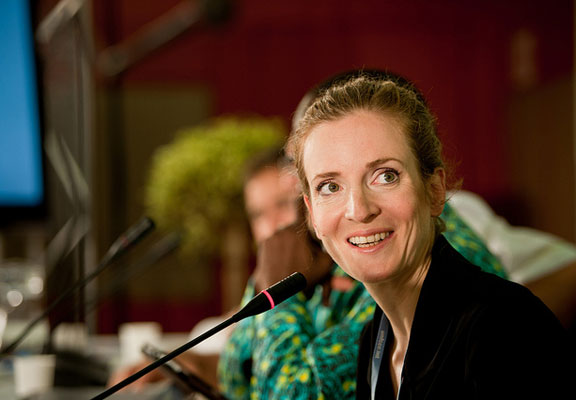 But the City of Light shouldn’t be considered a national barometer in a country where few political parties nominate female candidates. “What is happening in Paris is the tree that hides the forest,” says the founder of a networking forum for women in politics.

(WOMENSENEWS)– Four women, one seat. So far, the 2014 mayoral election in Paris is a single-sex contest.

Two other women are also widely expected to fight for the mayor seat against candidates from several smaller parties: Marielle de Sarnez of the centrist MoDem and the Green party leader Cecile Duflot.

The elected candidate will succeed Mayor Bertrand Delanoë, a Socialist re-elected in 2008 to run the capital city of more than 2 million, and could be the first female mayor of the city.

While French politics is still a tough arena for women, Paris is somehow an exception, said Sandrine Leveque, a political scientist based in Paris, in a phone interview. “Paris is a women-friendly city,” she said. “It is not the first time we’ve had a female candidate for mayor of Paris.”

In 2008 both Françoise de Panafieu for the UMP and Marielle de Sarnez for the MoDem won their parties’ support to stand as candidates in the race for Parisian mayor.

Despite a 2000 law requiring an equal number of female and male candidates on nearly all election ballots, less than 14 percent of elected mayoral candidates were women after the elections in 2008; in 2001 that figure was less than 11 percent, according to the National Institute of Statistics and Economic Studies (INSEE).

French media doesn’t help women’s political prospects, said Leveque. “A machos climate exists in the newsrooms where the skills of female candidates are often questioned in spite of their qualifications. Such questions are never asked when we have a male candidate . . . Will she be up to the job? Will she fit the job? Will she survive?”

Leveque added, “We may have a woman, the Marianne, as one of the French symbols of our republic, but the political power is still in men’s hands.”

French women face the paradox of having good social policies that few of them had any hand in crafting. “When it comes to conditions of life – such as health, education, jobs, etc. — women are well-served, but they have a hard time breaking into politics,” said Leveque.

Unlike in the United States or other European countries such as Germany, French political parties don’t host advocacy groups for female candidacies, said Leveque. “In France, the feminists have always refused to get involved in politics. There have been no bridges between civil society organizations and the political sphere.”

For French youth, by contrast, the situation is very different. For this group, almost every French political party has a promotional structure that provides a springboard into politics.

Julia Mouzon, founder and CEO of Femmes et Pouvoir (Women and Power), a network of female politicians, doesn’t expect any significant increase in the number of female mayors in France next year. “What is happening in Paris is the tree that hides the forest,” she said.

Mouzon said “the problem for women in French politics is not to be elected but to be designated by their party. They somehow don’t trust women to give them the legitimacy to run a race on their behalf.”

Mouzon founded Femmes et Pouvoir in 2012 and organizes an annual support forum in Paris for elected women. “This is a place where women can express themselves without feeling as if they’re a minority or being discredited,” she said.

Kosciusko-Morizet, one of the 2014 Parisian mayoral candidates, has no trouble expressing herself.

In a recent interview given to NBC News, Kosciusko-Morizet, widely known by the nickname NKM, embraced her reputation as a tough operator. “I am a killer . . . everybody is a killer in politics,” she was quoted as saying. “Some know how to shoot, some do not. Some do that [shoot] in your face; most of them do that in your back. I do that in the face.”

Kosciusko-Morizet, 40, who is currently a member of the Parliament, told NBC News that pregnancy had caused her to twice get passed over for ministerial posts. “I have two children and on each occasion, on each pregnancy, I lost an opportunity for being a minister,” she said. “On both occasions, I had men calling me — the president of the republic [then Jacques Chirac] and the second time the prime minister [then Francois Fillon] – and saying ‘well, you won’t be a minister because you are pregnant’.”

But later, under President Nicolas Sarkozy, Kosciusko-Morizet did serve as a minister in several roles — environment, transport and digital economy – and was also the spokesperson for Sarkozy’s unsuccessful 2012 re-election campaign.

In the polls, Kosciusko-Morizet is slightly behind her Socialist rival Hidalgo.

Hidalgo, 54, is the current first deputy to the mayor of Paris, Delanoë. After being in charge of gender equality during the first mandate (2001-2008), she is now in charge of urban planning.

Hidalgo agrees that French politics had “for a long time been the sole domain of men and we women continue to suffer the consequences today,” NBC News reported in the same article, published July 28.

“Being the first female mayor of Paris will be a big symbol and a very positive sign for women who wanted to go into politics but who didn’t dare go into it in the past,” she said. “Paris is ready for such a change and I’m sure that France could one day elect a woman as president.”

Would you like to Send Along a Link of This Story? https://womensenewsp.wpengine.com/story/campaign-trail/130815/paris-mayoral-race-hosts-all-female-field 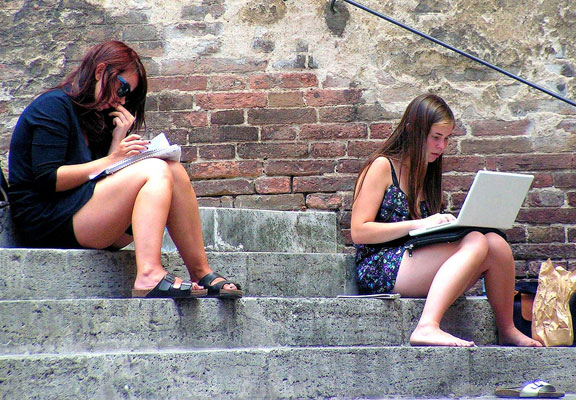