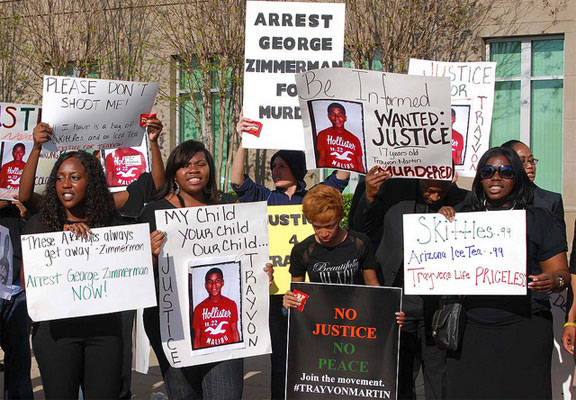 The acquittal verdict in Florida has led to a maternal outpouring. “Black mothers around this country are once again potential Mamie Tills,” said one woman in a Frisky story, referring to the mother of Emmett Till, who was lynched in 1955.

NEW YORK (WOMENSENEWS)–In the aftermath of the July 13 acquittal of George Zimmerman in the shooting of 17 year-old Trayvon Martin, black mothers have been expressing anguish at the vulnerability of their male children.

“All Black mothers in Florida, and Black mothers around this country are now, once again, potential Mamie Tills,” said Jamila Bey, a radio host, in an article by Avital Norman Nathman for The Frisky. “When her son, Emmett Till was lynched in 1955, the all-white Mississippi jury agreed that his murderers did indeed take Till’s life, but that it’s senseless to punish white men for killing the boy.”

As part of the outraged reactions around the country, Trayvon Martin‘s own mother, Sybrina Fulton, led a protest of more than 1,000 people in New York, along with veteran civil rights activist Reverend Al Sharpton, Al Jazeera reported July 21.

While leading protests, Fulton has also been a magnet for black women’s expressions of sympathy and support. “You stepped onto the national stage alongside the women who came before you, carrying our collective sorrow on their shoulders,” writes MSNBC host Melissa Harris Perry.

Carol Jenkins, the founding president of the Women’s Media Center and a Women’s eNews 21 Leader in 2012, wrote in her blog on July 21 of her own fears as the mother of a black son and of the fears that so many women have of losing their sons “to thugs, to drugs, prison or to the police. Immeasurable sadness. Unbearable grief.”

Beverly Bond, a Women’s eNews 21 Leader in 2011 and founder of the mentoring group Black Girls Rock told Al Jazeera that the black community wanted people to know that this was not an isolated incident. “This is an injustice we have seen in our community over and over and over again. It is amazing to me that people don’t know why we’re upset,” she said. “The trial added insult to injury because it was like he was being put on trial for his own murder.”

On July 16, Essence Magazine launched a social media campaign called #HeIsNotASuspect to challenge the negative images of young black men in the media. The magazine won an award last year from the Newswomen’s Club of New York for its interviews of mothers of murdered young black men.

The campaign, which aims to end racial profiling, invites women “to post a photo of themselves with a young Black man they care about –a son, brother, nephew, cousin, neighbor or grandson–with a few words explaining why he’s so much more than a stereotype, using the hashtag #HeIsNotASuspect.”

This is my son – an amazing 19-yr-old college sophomore who has a passion for life and dance. #HeIsNotASuspect pic.twitter.com/INDfMuk9N5

Other women with children expressed anger and frustration after the verdict in blog posts.

“Black and brown men and women are criminalized at higher rates than whites,” Rae Gomes writes on Fem2pt0. “There is a belief that runs through the country’s DNA of the inherent violence of especially black men. Why could Stand Your Ground or whatever self defense clause be invoked by Zimmerman, but not by Martin who was the actual victim?”

To underscore the injustice of the judicial system, Gomes points to case of a black woman Marissa Alexander.

Alexander was sentenced last week to 20 years in prison in Jacksonville, Fla., for firing a bullet at a wall one day in 2010 to scare off her husband when she felt he was threatening her. That day, nobody got hurt, The Huffington Post reported. Alexander, a 31-year-old mother of a toddler and 11-year-old twins, unsuccessfully invoked Florida’s “Stand Your Ground” law and rejected plea deals that could have gotten her a much shorter sentence. A jury found her guilty as charged: aggravated assault with a deadly weapon.

Denene Millner, a New York Times-bestselling author and founder of MyBrownBaby.com, says she was sad and angry that “a Black child’s life has been taken without repercussion, thanks to a justice system and laws and a culture of racism that allows the stalking, harassment, accosting and killing of our children.”

She goes on “It’s hard to breathe when I am trying to explain to my children . . . how it is possible that someone can shoot a human being and go unpunished.”

Shortly after his death, the parents of the victim started the Trayvon Martin Foundation to give black communities educational and legal support while spreading awareness about racial profiling. “Even though nothing we can say or do will get Trayvon back, maybe we can help someone else not lose their child,” wrote Tracy Martin, the victim’s father, Think Progress reported July 18.

President Barack Obama cautioned against violence on July 19, as he urged all Americans to try to understand the Martin case from the perspective of African-Americans, Al Jazzera reported. “There is a history of racial disparities in the application of our criminal laws,” he said. “A lot of African American boys are painted with a broad brush . . . If a white male teen was involved in the same kind of scenario . . . both the outcome and the aftermath might have been different.”

Would you like to Send Along a Link of This Story? https://womensenewsp.wpengine.com/story/the-nation/130722/mothers-other-trayvons-express-anguish 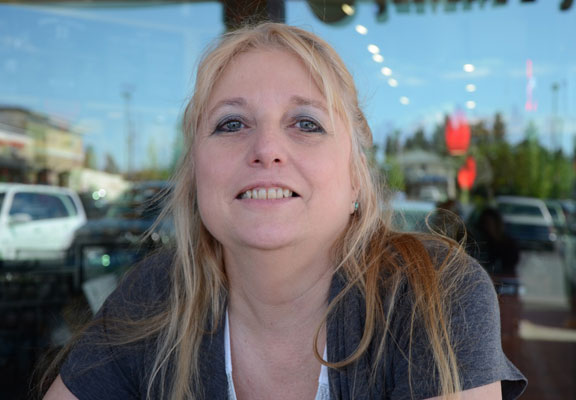 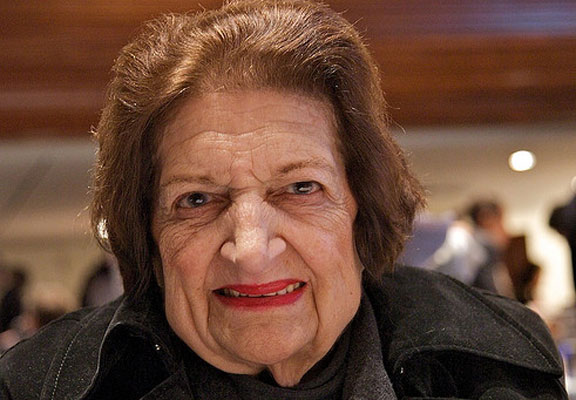