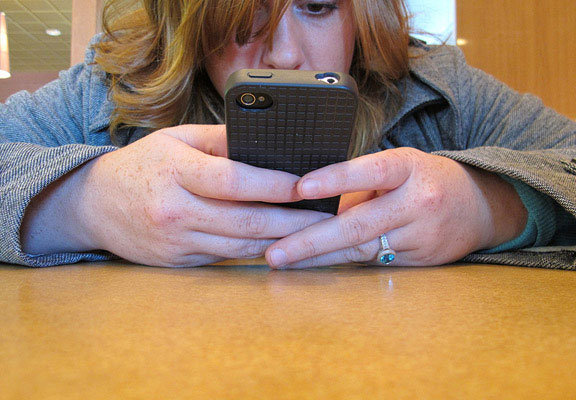 For Disabled Teens, Flirting Can Be Easier Online

Social networking sites offer flirting and friendship opportunities to disabled teens who have difficulty leaving the house. “I wish they’d been around for me,” says Danielle Sheypuk, a clinical psychologist who is also Ms. Wheelchair New York 2012.

Credit: BuzzFarmers on Flickr, under Creative Commons (CC BY 2.0)

Danielle Sheypuk, a clinical psychologist who is also Ms. Wheelchair New York 2012, said she wishes the sites–which many teens are accessing through special applications on their mobile phones– had been around when she was a teen.

The difficulties with walking and navigating, Sheypuk said, mean disabled teens are less likely to go on dates. “You are not exposed to opportunities to make those connections as other people are.” Going online is easy for people who have a difficult time leaving the house.

Sheypuk said she is also using the Internet in her own private therapy practice by meeting clients over Skype to make it easier for teens and adults with disabilities to attend her therapy sessions.

She said the problem of disabled teens not socializing like “normal” teens is a huge public health concern. “It leads to feelings of loneliness, isolation, anxiety, hopelessness and depression in people. A disabled teen girl wants more than good grades; she wants a first kiss like her friends.”

Sheypuk believes online dating sites for teens are a great way to “go in and start mixing,” in all aspects, including with “normal” teens. She doesn’t favor dating sites specifically for disabled people because it would perpetuate the unhealthy attitude of belong to a separate group.

She said she would like to see some of the bigger dating sites like eHarmony and Match.com become more aware of disabled people using the sites. In-person mixers, for instance, are not always handicap accessible.

The presence of home attendants is another barrier for disabled teens seeking a more intimate interaction.

Megan Fry, an ordinary 14-year-old girl on the inside who loves to paint, is in a wheelchair and cannot speak. She has Cerebral Palsy. She uses a computer called a Dynavox Eyemax to communicate, using the retina in her eye and blinking to type and even paint using software called Art Rage, where she has to dip the paint brush just like everyone else. Fry’s art is on her website called Justmyeye.com.

She told Women’s eNews in an email that when she does go on dates someone will have to be there for her to help with her physical needs.

“It’s going to be awkward for me, and especially for my date,” she said.

But online, no such third wheel is needed and the social connections made possible on the sites offer a gateway for teens with disabilities to go on in-person dates.

“It really exposes you to all these people in a way that your disability is not a factor,” Sheypuk said.

Fry said she uses Starbright World, a safe monitored chatroom for sick/disabled teens along with Facebook and Skype.

“[These sites] allow you to communicate with people you are romantically interested in, work on flirting and become better at flirting,” she added, making dating more possible for disabled teens.

For some disabled teens, the emphasis can be more on friendships than flirting.

“Some of my best friends I only know through the tech world,” Fry said.

Karen Barker, vice president of the trust, safety and community team at Skout, a geosocial networking app based in San Francisco, also has a special-needs almost teen-aged son. “He cannot do all the same things his buddies do, and it is hard for him to have friends,” she said. “This is where he is going to make and build friendships.”

Barker said in Skout teen community you can chat with someone immediately, however it is not a chat room. In the “Meet People” screen you are presented a group of pictures of people and you can read about each person on their profile. You can also search people with the same interests.

Once you find someone of interest you can introduce yourself and speak individually. In a chat you have a conversation either in text or, as of recently, you can leave up to a 30 second voice chat.

The sites offer geosocial networking applications for iOS and Android phones, or smartphones, that use Global Positioning System technology to spot nearby social contacts. For safety reasons, most apps do not give the exact location of a person, especially the teen communities.

Thirty-seven percent of American youth ages 12-17 now have a smartphone, the mobile devices used to access geosocial networking apps, up from 23 percent in 2011, according to a Pew Research Center study on teens and technology.

Barker said social networking sites offer teens the chance for social contact at all hours of the day in contrast to physical locations, which may be inaccessible due to safety concerns or transportation hurdles that affect all teens and particularly those with disabilities.

“Social networking sites can offer community engagement opportunities for kids with chronic illness or disability that might otherwise not have the same opportunities to engage easily or safely with their peers,” said Barker.

Fry says she does more of her communication online and through text.

Barker estimates that Skout–which is free–attracts between a million and 1.5 million new users every month and a significant portion are teens all over the world who hold deep conversations and build meaningful relationships.

In June of 2012, Skout suspended its teen site after three allegations that contacts that had begun with interactions on the site ended in rapes. In each rape case, the men are accused of posing as teenagers in the teen forum.

Barker said Skout began studying ways to boost the safety of its community members, particularly teens. In July 2012 Skout re-launched and broke the adult and teen community into two separate groups moderated around the clock by staffers.

Barker said teen chats and photos on Skout are now heavily moderated and teens who violate the rules will be quickly banned from the site and their mobile devices will be blocked to prevent them from opening another account.

Hateful words, nude photos and bullying are quickly flagged and the user banned. Block options are also available for teens who feel something is “weird.”

Barker says Skout has a trust and safety advisory board of people in FOSI (Family Online Safety Institute), ConnectSafely and Online Safety Journalists to help ensure they run a safe and fun community for teens.

The Skout teen community does not allow anyone under the age of 13 or over the age of 17 to join. When a teen signs up they are first required to provide their age, which Barker said is called age-gating. Unfortunately no site can be 100 percent certain of anyone’s age but some apps do require users to login through Facebook, which helps verify that a person is who they say they are.

Rosette Pambakian, publicist for Tinder, a geosocial networking site based out of California popular among college students, said it has the same age restrictions for its teen community. She said Tinder’s teen community represents about 5 percent of users and formed by word of mouth “since Tinder is all about finding people in your age group.” 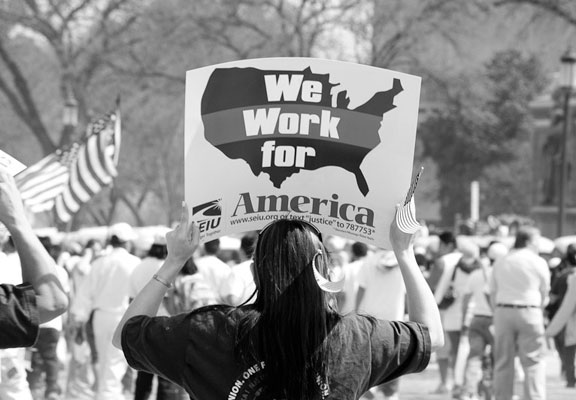 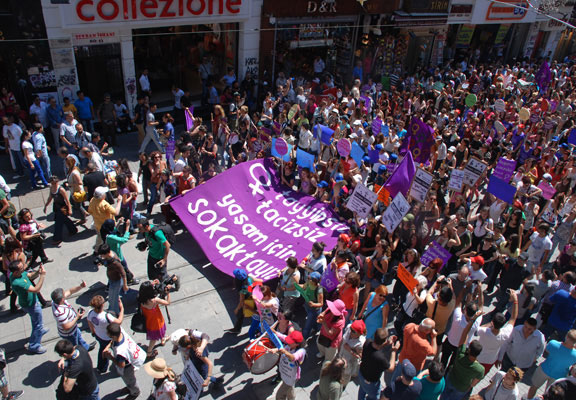