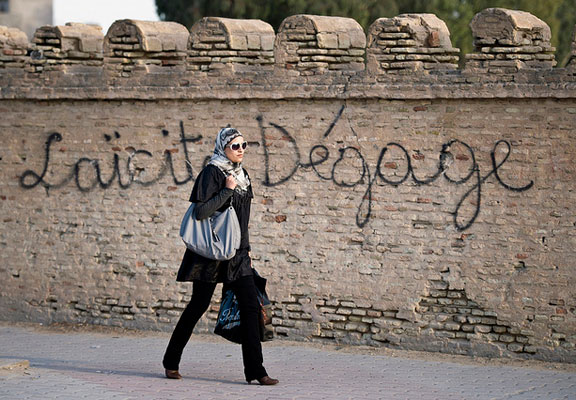 For the country that glows like a beacon of women’s progress in North Africa, the government’s first shelter for survivors of domestic violence finds it lagging far behind neighboring Morocco.

TUNIS, Tunisia (WOMENSENEWS)–Sihem Badi, Tunisia’s minister of women’s affairs, admits there’s something wrong, at this date, in talking about the country’s first public shelter for victims of domestic violence.

“We’re late,” she says. “Look at Morocco. They have tens of shelters for women. Here it’s the civil society who used to deal with victims and it’s the first time the state is taking over this problem.”

From its 1957 law granting women the right to divorce to its legalization of contraception and abortion in the 1960s, Tunisia has long served as a beacon of women’s progress in North Africa.

But when it comes to domestic violence the country’s shining reputation is missing polish.

Resistance to confronting the problem is deeply rooted in Tunisian culture, says Badi, whose hold on her post could change as the government, which has been undergoing turmoil, restructures. “Some people,” the minister says, “are afraid to see women gain autonomy; they fear it’s going to break families.”

The shelter opened in December 2012 on a large grassy plot on the outskirts of the capital city of Tunis, about 12 miles away. Inside there is brand new furniture, a nursery and computer room.

It can accommodate 50 women and their children and offers legal and psychological assistance.

“If their lives are in danger, if they can’t stay with their husbands anymore, those women need help to reconstruct themselves, to learn how to become autonomous,” says Badi, who was appointed by the post-revolutionary transitional government in 2011, about a year after the revolution began.

Her ministry started this project as a partnership between the government, which owns the building, and UN Women, based in New York, which provided funding.

About 47 percent of Tunisian women aged 18 to 64 have been the victim of violence (ranging from harassment to physical violence) at least once in their lifetime, according to the last survey by the National Office of Family and Population, published in late 2010. In most cases, the survey says, assaults occur in a domestic setting.

Rabia Mekki, a project manager at the Ministry of Women’s Affairs, coordinated this new shelter, which houses women. She says neighbors objected to the plans.

“When the neighbors learnt there would be such a shelter close to their houses, some were really reluctant,” Mekki says. “They figured the center would welcome women with bad reputations [prostitutes], or former prisoners.”

Mekki is now coordinating a second related center in Tunis, which doesn’t house women but provides advice via a phone hotline. The green phone line is also being set up by the Ministry of Women’s Affairs and will allow victims to get advice from specialists. If necessary, they’ll be sent to the new shelter.

So far, the shelter is still empty. Its location was supposed to remain secret, to protect victims, but images of the site were broadcast on several Tunisian TV channels the day of its inauguration.

“It’s a first step but I hope it won’t be just a facade,” says Dorra Mahfoudh, a sociologist now retired from the University of Tunis and the former president of the Tunisian Women’s Association for Research and Development in Tunis.

“This one [the shelter] is far from Tunis, it requires heavy logistics to reach it,” adds Mahfouz. “There is a risk that no one will go there. We need several, in different areas, in the South, where the rate of violence against women is higher.” The new shelter is about 12 miles from Tunis.

Mahfouz hopes the shelters will be accompanied by prevention campaigns to raise public awareness and “to change mentalities.”

Until now, the only help for victims came from independent advocacy associations, such as the Tunis-based Tunisian Association of Democratic Women. Authorized under the deposed president, Zine El Abidine Ben Ali, the group created its own center dedicated to women in 1993. It provides listening, orientation and free legal assistance, but no housing.

“It’s a big deal, we only offer a temporary solution,” says Ayet Ouetani, a psychologist who coordinates the group’s anti-violence efforts. “At first we started hosting some victims in our own houses or putting them up in hotels when they were really threatened but it’s too complicated. Sometimes we’ve been constrained to send them to shelters dedicated to tramps and beggars.”

Ouetani says her group held back from creating shelters because it wanted the government to take responsibility in that area.

A pilot national center was created in the late 1990s, the first of its kind, but it closed soon after, apparently due to administrative difficulties.

The national strategy around that time, led by the former regime around 2000, in favor of women, didn’t help much. Minister Badi says the regime didn’t act in the area of domestic violence because it wanted to hide the country’s reality, so that Tunisia would continue to be held as an example of women’s progress in the region.

Camille Lafrance is a freelance journalist based in Tunis. Read more of her work here.

Would you like to Send Along a Link of This Story? https://womensenewsp.wpengine.com/story/domestic-violence/130228/tunisia-marks-belated-first-in-sheltering-women