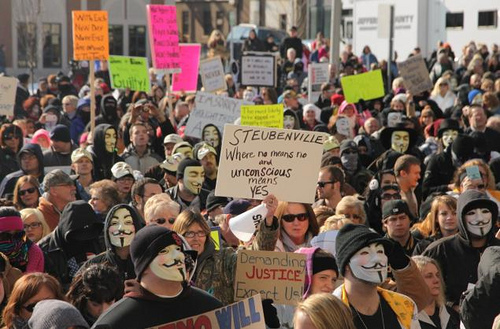 A grand jury is set to meet on April 15 to investigate whether more people should be charged with crimes in the high-profile rape case. The case has ignited commentary on Twitter and criticism of a portion of CNN’s coverage.

(WOMENSENEWS)–Twitter is ablaze with comments both attacking and supporting the 16-year-old rape victim in the Steubenville, Ohio, case, after Trent Mays, 17, and Ma’Lik Richmond, 16, were found guilty of rape over the weekend.

The case heads into a grand jury investigation set for mid-April over evidence introduced at the trial suggesting other crimes were committed on the night of Aug. 11, 2012.

Blogger Matt Binder collected dozens of tweets and posted them on his Tumblr account. Twitter users have called the victim a “whore” and “some slut;” one tweeted this after the verdict: “Steubenville: Guilty. I feel bad for the two young guys, Mays and Richmond, they did what most people in their situation would have done.”

In another instance of online bullying aimed at a young woman bringing rape charges, The Frisky reported that a 13-year-old who says that she was raped by two teenage football players in Torrington, Conn., was also targeted by Twitter users who called her a “hoe” and a “snitch.” One message said: “You destroyed two people’s life.”

Among the Steubenville victim’s online supporters are journalists and women’s organizations who have criticized CNN reporters for acting like rape apologists in their excessive focus on what the two young men who were found guilty were about to suffer, while passing over the victim’s ordeal.

In an exchange between anchor Candy Crowley and reporter Poppy Harlow on CNN’s “State of the Union,” Crowley told Harlow “I cannot imagine having just watched this on the feed coming in. How emotional that must have been sitting in the courtroom.” Harlow responded: “It was incredibly emotional,” and added that, “these two young men that had such promising futures, star football players, very good students, literally watched a they believe their life fell apart.”

Fellow journalists and activists criticized that exchange on Twitter. Kate Aurthur, chief Los Angeles correspondent at Buzzfeed, for instance, tweeted “Hey, @PoppyHarlowCNN, these young men raped a girl. Why are you so upset on their behalf? Your coverage is bizarre. #Steubenville.”

Several of the tweets urged the pair, particularly Harlow, to apologize for their comments. There is also a Change.org petition entitled CNN: Apologize on air for sympathizing with the Steubenville rapists.

The grand jury is expected to decide whether others should be charged in connection with the rape of a 16-year-old girl by two Steubenville High School football players. Police are also investigating “information about a juvenile male” who may have harassed the victim, according to Steubenville’s Herald Star.

Ohio Attorney General Mike DeWine, who has called for a grand jury investigation, said in a statement on his website, “Let me be clear, threatening a teenage rape victim will not be tolerated. If anyone makes a threat verbally or via the internet, we will take it seriously, we will find you, and we will arrest you.”

DeWine said in a statement at a news conference following the verdict on March 17: “We have been involved in an extensive investigation seeking to learn if any other individuals committed any crimes. While we have interviewed almost 60 individuals, 16 people refused to talk to our investigators.”

Mays and Richmond were found guilty of rape and received verdicts of delinquency for digitally penetrating the victim. Mays was also found guilty of illegal use of a minor in nudity-orientated material. Both will be committed to juvenile detention facility until they turn 21, The Huffington Post reported.

Would you like to Send Along a Link of This Story? https://womensenewsp.wpengine.com/story/in-the-courts/130320/steubenville-sentencing-sets-blogosphere-ablaze 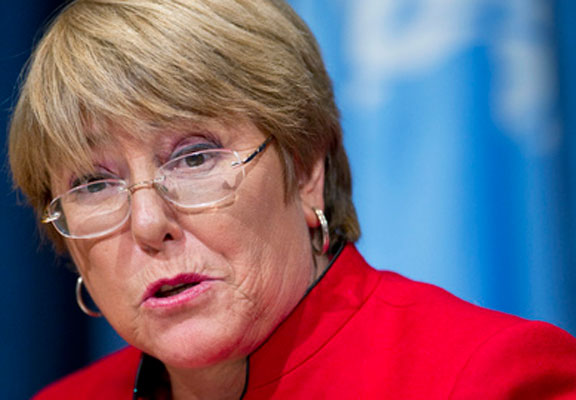