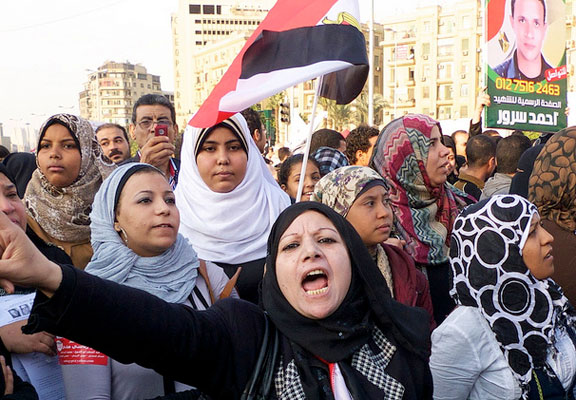 Two years after the start of the Arab Spring, Hajer Naili interviews three post-revolutionary women about the increasingly radical Islamist forces that are smothering their hopes. “I don’t even know what their aims are,” says one woman.

(WOMENSENEWS)–Two years ago today, Mohamed Bouazizi set himself on fire in Sidi Bouzid, Tunisia, sparking what came to be called the Arab Spring.

Authoritarian rulers in Tunisia, Egypt, Yemen and Libya fell one after another, with the hope for change.

Women, often seen as subservient and voiceless in these male-dominant societies, were on the frontlines fighting for their nations, their rights and their children’s rights.

The images of young and old women, defiantly standing up to authority, raised hopes about their futures.

Instead, radical forces have emerged throughout the post-revolutionary landscape and Tania Tarraf, a 25-year-old Lebanese consultant for Abu Dhabi-based Sky News Arabia, is worried.

“We see a repetition of what happened during the nationalist movements in the ’50s in the Arab countries when they were a lot of women speaking out and then they were put on the sideline and asked to set aside their issues for the sake of bigger goals,” says Tarraf.

Women at the forefront of nationalist movements of the 1950s that reclaimed power from colonial rulers–such as the Algerian revolution for independence from France from 1954 to 1962–ended up being largely absent from politics, leaving virtually no chance for women’s rights to flourish.

That hope was deferred and re-bloomed with the Arab Spring, when women’s economic, political and social integration was widely seen as integral to the ultimate success of the revolutions.

Reports from the World Economic Forum and the United Nations Development Program  showed that women in Arab countries have long lagged behind those in other countries in terms of opportunities and leadership positions in politics and business, hurting the region’s overall progress.

But now Tarraf says Islamist movements have taken over and spread uncertainty. “Every single Islamist group that has come with the Arab Spring has become more radical than it has ever been before. We don’t even know what their aims are,” she says.

Lebanon didn’t see uprisings of the sort that took place in neighboring countries, but now Tarraf is concerned by the way the Syrian conflict is spilling into her country as “it is turning into a sectarian battle.” The Sunni anti-Bashar Assad forces have been growing more Islamist. Al-Qaida elements have been reported to be among the fighters causing increasing worries for the Shia and Christian communities in Syria. “I see the Middle East taking a very strong Islamist coloring and not in the good way,” says Tarraf, who is a Shia Muslim.

The toll that the protracted war in Syria has taken on women there can be seen in desperate personal ads. The Egyptian newspaper Al-Ahram reported a few months ago that Syrian female refugees are being married off to Arab men who take advantage of their desperate situation. According to the newspaper, a Twitter account has been established for “Saudi men who want to marry Syrian women.” Among the messages seen on this account: “Whoever wants to marry a Syrian refugee, contact me,” and “Women age 18-35, virgin and non-virgin women.” These marriages are far cheaper than most, as the “dowries” barely exceed $100. These marriages are frowned upon as disguised prostitution. Most of these women are under 18, Al-Ahram reported.

Dania Bashir, a 21-year-old Libyan American social activist living in Dubai, insists that the revolutions are still ongoing. “Maybe we don’t have the best people to represent us right now in Libya but it’s going to take time,” she says. “It’s very important to remember that we are still in transition.”

Bashir says that if Islamic law is implemented properly in Libya, “women would have more rights in Islam than they would have in a secular state.” She says religious law protects women’s property after divorce and protects women’s right to education.

The implementation of the Islamic law has been an ongoing controversial issue as its interpretation varies according to school of thought.

As Egypt and Libya are likely to adopt Sharia-based constitutions, secularists and opponents to these two regimes fear the rise of Muslim clerics’ legal authority and want to make courts the only legal arbiters. Others say that religious figures would be acceptable but only if female religious scholars are included in the arbitration.

Egyptian lawmakers, for instance, have been discussing the minimum age of marriage for girls. Liberal and women’s rights activists want to maintain the legal age of marriage at 18. But the Salafists, who have a radical interpretation of Sharia, say a girl can be married off at 9.

Salafists, who promote the segregation of the sexes, also want women to cover themselves.

In Egypt, the ruling Muslim Brotherhood party espouses a temperate view and assures women that veils won’t be forced upon them. At the same time, however, pressure has intensified on unveiled women since the election of the Islamist party. Face-veiled women have recently attacked unveiled Christian women by cutting off their hair on the streets, the Egyptian press has recently reported.

Tunisia has also been seeing more attacks against women on the streets after the victory of Ennahda, dubbed as moderate Islamists, in November 2011. Women have been attacked on the streets by men identifying themselves as Salafists for not covering their hair or for wearing revealing clothes, say Fathia Hizem, from the Tunisian Association of Democratic Women.

“We see more aggressiveness on the streets, and not only verbal but also physical aggressiveness, because of the way certain women dress,” Hizem says, referring to a case of a young female student beaten on campus because she refused to cover her hair.

Tunisian and Libyan women also notched gains in the immediate revolutionary aftermath. Tunisia issued a parity law requiring an equal number of women and men in every list presented by each party for the election of the Constituent Assembly in November 2011.

In Tunisia, women make up 28 percent of the Assembly, with 61 seats out of 217 won. In Egypt, by contrast, only 2 percent of the 508 seats in parliament were allocated to women in the 2011 lower house elections.

This past summer more than 600 Libyan women ran for elections of the National General Congress and wound up winning 33 seats out of 200, or an unprecedented 16.5 percent, a level similar to that of women in the U.S. Congress.

As female representation starts to emerge in the political Libyan society, Bashir doesn’t back a quota policy to ensure female representation in politics. But she does say the government must provide women with the education, training and motivation to help rebuild the country. “The government has now to ensure that there is a strong education system and strong training courses for women who want to empower themselves and who want to get involved in political positions in the future,” she says.

Since Tunisia has been long served as a beacon of the Arab world in terms of women’s rights, Hizem insists that Tunisian women cannot fail because they have the duty to succeed for the benefit of all Arab women.

“There is a sort of pressure because we cannot fail. If we manage to save and improve our rights, I know that it will encourage women in the rest of the Arab world to do as much if not more to continue the struggle for their rights,” she says.

Hajer Naili is a New-York based reporter for Women’s eNews. She has worked for several radio stations and publications in France and North Africa and specializes in Middle East and North Africa.

Would you like to Send Along a Link of This Story? https://womensenewsp.wpengine.com/story/the-world/121214/two-years-later-arab-women-weigh-ongoing-risks 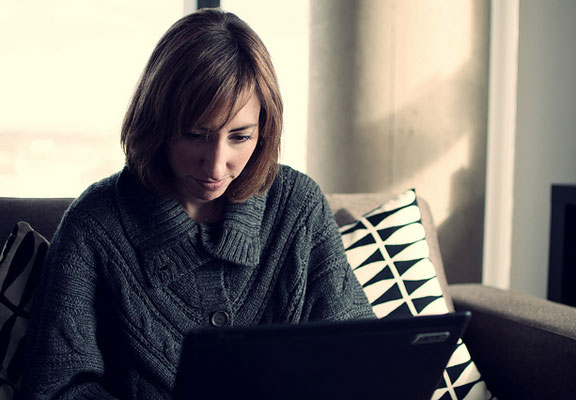 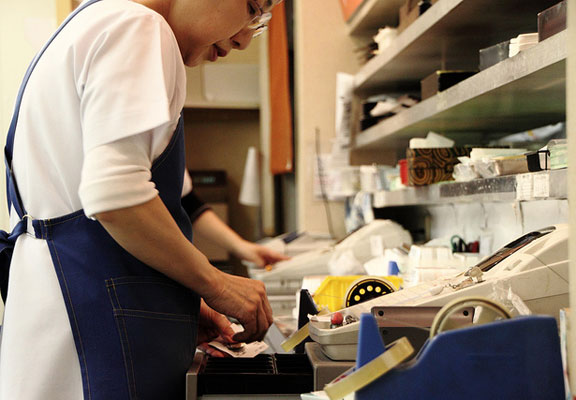