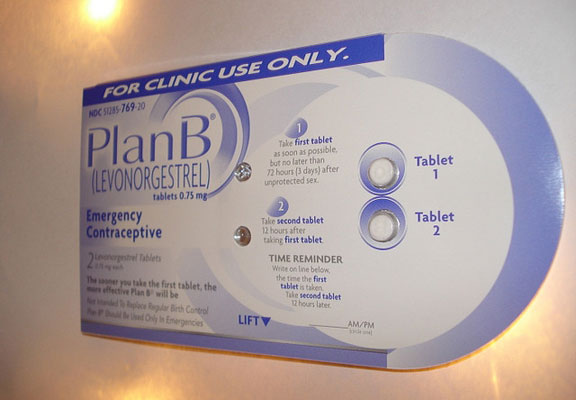 The American Academy of Pediatrics, a major pediatric group, is throwing its weight behind the Food and Drug Administration’s position and recommending that pediatricians across the country make emergency contraception more accessible to their adolescent patients by prescribing it in advance, Think Progress reported Nov. 26. The FDA recommends that emergency contraception — commonly known as “Plan B” — should be available to women of any age, however the U.S. Department of Health and Human Services overruled the FDA last year to require prescriptions of Plan B for women under the age of 17.

A report by an expert group appointed to provide options for dealing with a European Court ruling on abortion in Ireland has identified four options, but it does not make any recommendation. The options include: non-statutory guidelines, statutory regulations, legislation alone and legislation plus regulations. The Health Minister James Reilly published the long-awaited report Nov. 27 and said the government will make a decision before the end of December on which of the four options to implement, reported The Irish Times, Nov. 27. Read more on this story.

U.S. Sen. Bob Casey with Sen. Kay Bailey Hutchison introduced a bipartisan amendment to the National Defense Authorization Act called The Afghan Women and Girls Security Promotion Act on Nov. 28, Casey’s PR office said in a press release. The act would require the Department of Defense to develop a three-part strategy to promote the security of women and girls in Afghanistan.

With the election of Mary Massaron Ross as president of DRI-The Voice of the Defense Bar, women now lead the nation’s three largest professional organizations for attorneys, DRI-Voice of The Defense Bar said in a press statement. The other two organizations are the American Bar Association and the American Association for Justice (Plaintiffs Bar).

A Swedish toy catalog is making headlines for using photographs that challenge traditional gender roles, saying they want their catalog to reflect the way boys and girls play in real life, The Huffington Post reported Nov. 28.

Four servicewomen who have done tours in Iraq and Afghanistan filed a suit against the Defense Department Nov. 27 challenging the military’s long-standing policy against women in ground combat, CNN reported Nov. 28.

The leader of the Ohio Senate put a stop to a bill that would have imposed the most stringent restriction on abortions in the nation, known as the “heartbeat bill,” the Associated Press reported Nov. 27. The bill proposed banning abortions after the first fetal heartbeat is detected, as early as six weeks into pregnancy.

A United Nations committee approved a resolution calling for a global ban on female genital mutilation, The Guardian reported Nov. 27.

A group of Muslim women in Washington’s diplomatic circles decided to use their different cultures to help people in the northeastern United States recover from superstorm Sandy, Voice of America reported Nov. 26.

The Oakland federal courthouse, in the Northern District of California, is home to six federal judges – three lifetime appointees and three magistrates – all of whom are women and five of the six are women of color, The National Women’s Law Center reported Nov. 26.

As Nov. 25 marked the International Day for the Elimination of Violence Against Women, U.N. Secretary-General Ban Ki-moon called on all governments to make good on pledges to end all forms of violence against women and girls around the world, Voice of America reported Nov. 25.

Maria Santos Gorrostieta, mayor of Tiquicheo, Mexico, who had already survived two assassination attempts, was driving her child to school when she was ambushed, abducted and murdered, Mail Online reported Nov. 26. Witnesses described how she saved her child’s life and is acknowledged as a heroine of the 21st century.

Denied the right to travel without consent of male guardians and banned from driving, women in Saudi Arabia are now monitored by an electronic system that tracks any cross-border movements, The Raw Story reported Nov. 22.

The trial of an ultra-Orthodox Jewish counselor accused of repeatedly molesting a girl was disrupted on Nov. 29, when four spectators in a Brooklyn courtroom were accused of taking pictures with their cell phones of the 17-year-old accuser on the witness stand, The New York Times reported Nov. 30.

More than two years after the African Union launched a decade-long initiative to put female rights at the heart of development in Africa, three prominent African activists say women’s voices are still “lost in the field,” CNN reported Nov. 30.

The owners of Mississippi’s only abortion clinic are headed back to federal court in another attempt to stop a new state law which could close its doors — effectively banning abortion in the state, CNN reported Nov. 28.

She Should Run, a nonpartisan organization dedicated to increasing the number of women in public leadership, decried that all 12 of the major committees in the U.S. House of Representatives will be chaired by men, She Should Run said in a Nov. 28 press statement.

Nannies, caregivers and housecleaners earn a median wage of about $10 an hour and few receive benefits such as health insurance or paid sick days, according to the first-ever national statistical study of domestic workers, The New York Times reported Nov. 26. The study found substantial differences in pay across ethnicity, immigration status and whether the worker lived with her employer.

Five female teens from the same family were gang raped by two landlords and their aides in Pakistan’s Punjab province after a relative of the girls asked a landlord to pay him his wages, The Indian Express reported Nov. 27.

Controversial U.S. guidelines for mammography issued in 2009, calling for screening every two years rather than annually for women over 50 years old, can result in breast cancers being missed, according to U.S. researchers studying the hotly debated topic, Reuters reported Nov. 27.

According to a list provided by the Church of England, 33 of the 74 members of the House of Laity who rejected the plan to open the episcopate to women were female, The Telegraph reported Nov. 26.

In Washington state, 11 percent of the population is Latino and 50 percent are women, but the new legislature that will gather to represent them next year will be the least diverse group of state lawmakers in a generation, Fox News reported Nov. 26.

On Nov. 23, as tens of thousands converged on the main square in Cairo, Egypt, more and more reports of sexual assaults against women were once again made public, Bikya Masr reported Nov. 25. Women reported being groped and harassed while they were in Tahrir Square, including a number of female journalists.

In an editorial posted on FoxNews.com, dubbed “the war on men,” social critic Suzanne Venker argues that women’s emerging roles as breadwinners and their continuing strides towards gender equality have caused them to become irritable and unappealing to so-called marriageable men, Think Progress reported Nov. 26.

A professor was dismissed for supervising a film made by a group of female students about sexual harassment in Jordan’s universities, Al Arabiya reported Nov. 22. Critics accused the filmmakers of “promoting vice and stripping the society of its values.”

Lawyers for former International Monetary Fund Chief Dominique Strauss-Kahn have denied press reports he has settled a lawsuit with a hotel worker who accused him of sexual assault. New York’s news media and others reported that a deal of $6 million had been agreed and said negotiations were still underway, BBC reported Nov. 30.

China is mulling changes to its one-child policy, allowing for urban couples to have a second child, even if one of the parents is themselves not an only child, AlJazeera reported Nov. 28.

The Florida Department of Health recently mailed a survey to randomly selected women between 18 and 24 requesting intimate details about their sex lives to help the state get a better grasp of the need for family-planning services in Florida, ABC reported Nov. 27. Critics say the survey crosses the line.

Elisse Walter will succeed Mary Schapiro as the interim chair of the Securities and Exchange Commission (SEC), Index Universe reported Nov. 26. Schapiro will leave office at the end of the year after serving the agency for four years. Her successor, Walter, has been an SEC commissioner since 2008.

On Nov. 26, the Supreme Court ordered a federal appeals court to take a new look at the controversial Obamacare law and whether it unconstitutionally forces taxpayers to fund abortions and contraception, violating religious freedoms, LifeNews reported Nov. 26.

Would you like to Send Along a Link of This Story? https://womensenewsp.wpengine.com/story/cheers-and-jeers/121130/pediatricians-support-plan-b-mexican-mayor-killed 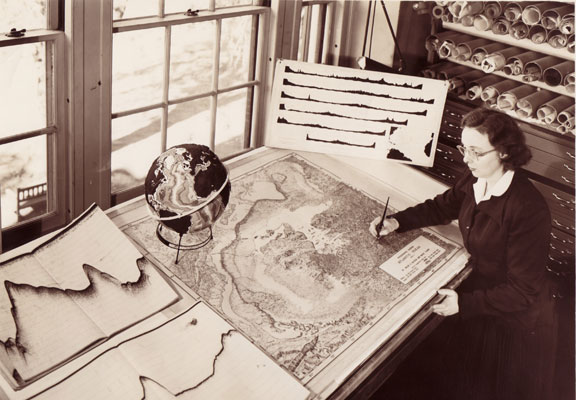 Cartographer’s Ocean Work Not Put on the Map 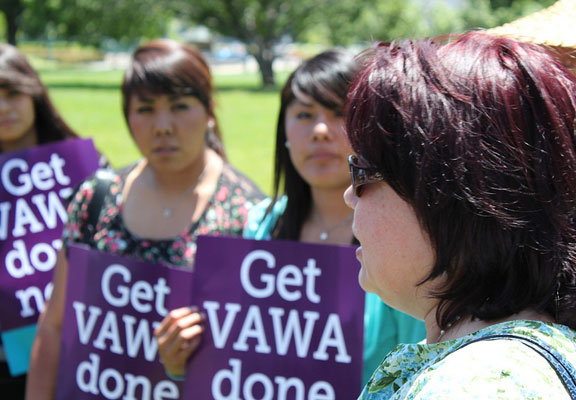