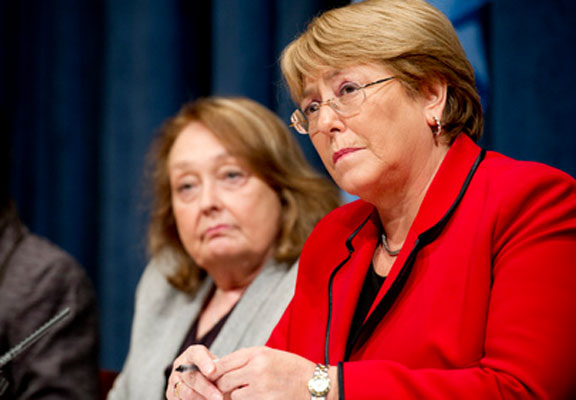 Leaders of the international tribunal for Sierra Leone–known for its focus on gender-based crimes–are struggling to keep it open through the appeals trial of Liberia’s Charles Taylor.

UNITED NATIONS (WOMENSENEWS)– The international war tribunal set up to prosecute those responsible for the atrocities committed during Sierra Leone’s 10-year civil war is known for its first-time indictments of rape as a war crime.

It could also be the first international tribunal forced to shutter its doors before its mandate expires in September 2013.

The Special Court for Sierra Leone only has enough money to last through the end of October 2012 and then will rely on outstanding funding pledges to carry on its work until the first week of December, the court’s registrar, Binta Mansaray, said in a recent phone interview from Freetown, Sierra Leone.

Inadequate funding could weaken the court’s capacity to protect witnesses and monitor enforcement of sentences when it moves into a wind-down or “residual” phase next October.

“In the past couple of months there has been an increase in the number of witnesses approaching us and expressing fear about their safety and security,” Mansaray said. “Mostly it is women who get more worried about their safety, but men have contacted us as well.”

It costs about $1.3 million a month to run the court, which has indicted 13 war criminals and sentenced eight. Three of those who were indicted died and one remains a fugitive.

The court has never had a fixed annual budget and relies on contributions from countries such as the United States, Switzerland and Ireland.

Lack of money–a recurrent problem for this court–could affect appeals cases being prepared by both the prosecution and defense in the case of former Liberian president and warlord Charles Taylor.

In May Taylor was sentenced to 50 years in prison for war crimes and is being tried in The Hague, instead of Freetown, Sierra Leone’s capital, because of security concerns.

The court is expected to hear the appeals next summer in its last piece of official business. If Taylor’s sentence isn’t overturned, it would count as the court’s ninth and final sentencing of war criminals.

“It [the appeals] will be affected, definitely, if the money doesn’t come through,” Mansaray said.

A lack of sufficient funding could critically impact the prosecutor’s and lead defense counsel’s ability to prepare their teams working on the Taylor appeals case, said Mariana Goetz, deputy director of programs at the London-based human rights and torture survivors advocacy organization REDRESS. But, she added, the appeals briefs have already been filed by both parties and responses and replies are due by the end of this month. The appeals judgment will then follow next fall.

The Taylor case is unprecedented, said Goetz, who has been following the trial.

“It is the first time a head of state is convicted for 11 counts of international crimes, including rape, sexual slavery and other forms of sexual violence,” Goetz said in an e-mail interview. “This case, as well as others . . .  are slowly ensuring that violence against women in the conflict contexts are not laughed off in patriarchal societies as private acts.”

If the court manages to finish out its business, it will enter a wind-down administrative phase as the Residual Court for Sierra Leone, which doesn’t have a set mandate with time limits. In this scaled-back condition the court would have an annual budget of no more than $2 million and would provide protection for victims through a witness protection program. It would also collect data and track enforcement of sentences for those convicted and jailed.

The court is now talking with U.N. Women about possibilities for collaboration, most likely to support documentation and ongoing outreach to Sierra Leonean communities, said Nahla Valji, a New York-based expert on rule of law and transitional justice for U.N. Women.

“The support would be to the court itself, to allow them to document their lessons learned and archive their work,” Valji said.

U.N. Women is currently collaborating with the international tribunals for the former Yugoslavia and Rwanda, which have also struggled with funding, to support similar initiatives. It has worked with the International Criminal Tribunal for Rwanda to finalize their manual on gender-based crimes and witness protection.

Mansaray and the court’s president, Justice Shireen Avis Fisher, voiced their concerns for the court’s future at United Nations headquarters Oct. 9, in a briefing to the Security Council and a press conference with U.N. Women.

“My fear is that when we go into residual status we will be forgotten,” Fisher told the media. “And if we don’t get that funding we can’t fulfill the promises that we make to the people of Sierra Leone.”

Fisher’s appeal at the U.N. marked a full circle for the Special Court, which the United Nations set up with the Sierra Leone government in 2002 following its president’s request for international assistance.

At the time, a fragile ceasefire and peace agreement in the small West African country was giving way to renewed fighting between government forces and a rebel group, the Revolutionary United Front, which had torn the country from 1991 to 1999.

The Most Reported Abuse

Sexual and gender-based violence was the most reported form of human rights abuse in Sierra Leone’s conflict. Physicians for Human Rights, a Cambridge, Mass.-based organization, found that more than half the women who encountered rebels suffered some form of sexual violence.

A significant portion of the court’s indictments against rebel-force leaders and supporters, such as Liberia’s Taylor, centered on gender-based crimes, said Alpha Sesay, a legal officer for Open Society Foundations, based in The Hague.

The Special Court for Sierra Leone prosecuted forced marriage for the first time as a crime against humanity. It also prosecuted rape in a public setting, another first, as a war crime.

Sesay, who is from Sierra Leone and monitors the Special Court, says he thinks the necessary money will ultimately come through. “It just means there will be some effort,” he said.

The Special Court has helped ground an understanding in Sierra Leone about the strength of law, said Ibrahim Tommy, executive director of the Freetown-based Centre for Accountability and the Rule of Law. But the legal and human rights activist doubts the court has been able to spawn a strong foundation for prosecutions of gender-based violence or crimes on a national level.

“A lot has happened in this country since the war ended, but there remain serious challenges in terms of prosecuting sex and gender-based violence crimes,” he said in a phone interview. “Unfortunately, we don’t have the sophistication that is required.”

Amy Lieberman has served as a correspondent out of the United Nations headquarters for the past several years. Originally from New York City, she most recently was living in and reporting from Colombia.

Would you like to Send Along a Link of This Story? https://womensenewsp.wpengine.com/story/international-policyunited-nations/121120/world-court-struggles-finish-mass-rape-cases 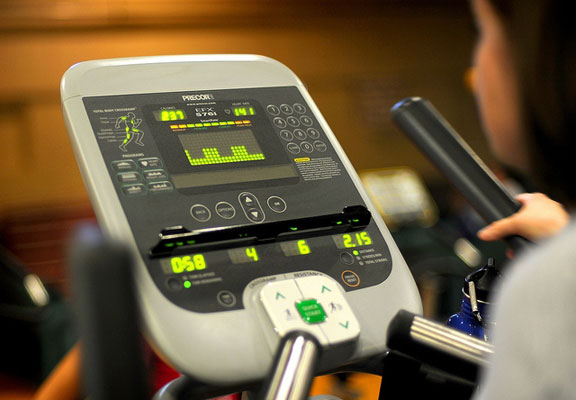 Fat Acceptance at the Gym Burns More Than Calories