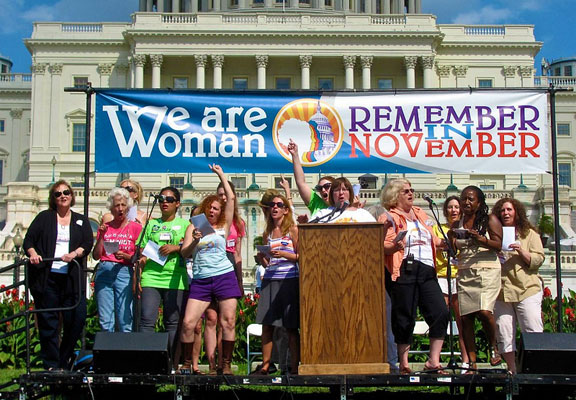 Women played a significant role in determining the balance of power in Congress this election season, said Debbie Walsh, director of the Center for American Women and Politics at Rutgers University in New Jersey, on Nov. 9. There was a gender gap in voting in all but one of the U.S. Senate races, the exception being Maine.

Credit: We Are Woman on Flickr, under Creative Commons (CC BY-NC-SA 2.0).

Women played a significant role in determining the balance of power in Congress this election season, said Debbie Walsh, director of the Center for American Women and Politics at Rutgers University in New Jersey, on Nov. 9. There was a gender gap in voting in all but one of the U.S. Senate races, the exception being Maine.

The center launched its 2012 Project campaign in 2010 to take advantage of the large number of open seats in Congress in 2012. This year has seen the biggest number of open seats since 1992, when a record number of women were elected. Their efforts paid off. In 1992 there was a 56 percent win rate of women for open seats; 2012 saw an increase to 57 percent. The House of Representatives is seeing the largest incoming class of women since 1992, with 77 women serving (57 Democrats and 20 Republicans). There will also be a record 20 women in the 2013 U.S. Senate (16 Democrats and 4 Republicans), up from 17.

The 2012 election was also a win for women in firsts. Tammy Baldwin made history twice on Nov. 6 when she became the first openly gay politician and first woman in Wisconsin elected to the U.S. Senate, CNN reported Nov. 7. Elizabeth Warren’s victory over Sen. Scott Brown makes her the first woman elected to the U.S. Senate from Massachusetts, The Boston Herald reported Nov. 7.

More News to Cheer This Week

Same-sex marriage saw huge, historic wins in the Nov 6. election. Minnesota voters voted against an amendment that would have defined marriage as being between a man and woman in the state’s constitution, The Huffington Post reported Nov. 7. With the rejection, the state became the first in the country to shoot down a constitutional amendment limiting marriage equality. Same-sex marriage remains illegal in Minnesota, but the pro-equality struggle does not face a constitutional barrier. In other big wins for marriage equality, Maine, Maryland and Washington legalized same-sex marriage, becoming the first states to do so through a ballot measure, NBC News reported.

In China, Liu Yandong, a possible contender for the exclusive ruling committee, may make history by ascending to its top political core, CNN reported Nov. 9. Liu is the lone female member of the Politburo, a 24-member body atop the Chinese Communist Party. No woman has ever held a post in the elite nine-member Standing Committee of the Politburo that governs China.

South Sudan hopes to increase the contraceptive availability rate to 20 percent by 2015, as the new nation’s population grows at 3 percent a year and it struggles to get a grip on providing basic services, Voice Of America reported Nov. 8. Studies indicate that at 1.7 percent, South Sudan has one of the lowest contraceptive availability rates in the world, one of the highest maternal mortality rates in the world and that the incidence of early pregnancies has increased from one-fifth to one-third of teens in recent years.

After the successful re-election of Venezuelan President Hugo Chávez, the United Socialist Party of Venezuela intends to name several female candidates to run for state governor elections on Dec.16, the English version of Pravda.Ru reported Nov. 6. The government has already named female governors as candidates for five states. Two of the women, Dr. Lizeta Hernández in Delta Amacuro and Stella Lugo in Falcón, have been nominated for a second term and are seen as sure bets for re-election.

After BBC failed to find a female analyst to debate breast cancer treatment on Radio 4, the British public broadcaster launched a new website dedicated to get female hosts and experts on the air, The Guardian reported Nov. 3.

Spelman College, the historically black woman’s college in Atlanta, has announced plans to use the nearly $1 million that had been dedicated to its intercollegiate sports program, serving just 4 percent of students, for a fitness and nutrition program benefiting all 2,100 students, The Associated Press reported Nov. 1.

Girls under age 16 who seek an abortion will be required to notify a parent or seek judicial bypass prior to terminating a pregnancy, due to a new ballot measure that passed Nov. 6 in Montana, reported RH Reality Check. The notification must be done 48 hours before an abortion is performed or the physician could be fined $500 and receive a six month jail sentence. Advocates for the law claim that its aim is to keep younger teens safe from “invasive” procedures like abortions. However, by adding on new requirements and waiting periods, opponents argue, the new law would increase the likelihood of complications by causing younger teens to wait until later in their pregnancies to terminate, the article reported.

French Sen. Serge Dassault said that same-sex marriage would mean there would be no people having babies, which in turn would lead to France’s downfall, Care2 reported Nov. 9. He is quoted as saying,”We’ll have a land of homos. And then in 10 years there will be no one left. It’s stupid.”

The Uprising of Women in the Arab World, a women’s rights group based in the Middle East, accused Facebook of a systematic attack on their group after a photo posted on their page reportedly drew fire, Global Post reported Nov. 8. The group said Facebook has repeatedly disabled administrators’ pages and threatened to eliminate their accounts for sharing Dana Bakdounes’s photo, which shows her without a veil but holding a passport in which she is veiled and a sign reading: “I am with the uprising of women in the Arab world because for 20 years I wasn’t allowed to feel the wind in my hair and on my body.”

The leadership of Syria’s main opposition group in exile is an all-male affair after elections failed to promote any women to the decision-making group of 41 members, The Wall Street Journal reported Nov. 8. After the vote, the group tried to redress the lack of women in its new leadership.

A couple arrested in Pakistan on suspicion of killing their 15-year-old daughter with acid say they carried out the attack because she looked at a boy, BBC News reported Nov. 5. The girl’s father told the BBC that they feared she would bring dishonor on their family.

The family of Sudanese journalist Somaya Ismail Ibrahim Handoussa has started procedures for a criminal investigation of several employees of the National Intelligence and Security Services after finding their daughter “dumped in the outskirts of Khartoum north (Bahri) with a shaved head, clearly showing signs of torture, psychological and physical exhaustion,” AllAfrica.com reported Nov. 5. She is said to have been targeted for her work “opposing the regime and insulting President Bashir.”

A proposal to allow women to keep their faces covered during security checks has been rejected by Saudi Arabia’s Shura Council, The National reported Nov. 6. The decision stopped a draft law that would have allowed women to continue wearing niqabs during the checks. The draft also would have required their identity cards to be based on fingerprints rather than photographs.

The judges on the federal appeals court in San Francisco expressed skepticism about the constitutionality of Arizona’s abortion law, which prohibits abortion after the 20th week of pregnancy, counting from the date of the woman’s last menstrual cycle. The Associated Press reported Nov. 5. Arizona is now among 10 states to enact versions of 20-week bans.

Would you like to Send Along a Link of This Story?
https://womensenewsp.wpengine.com/story/cheers-and-jeers/121109/38-women-join-congress-montana-oks-abortion-limit 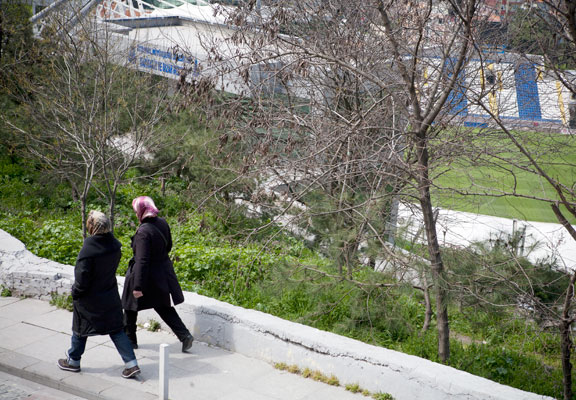 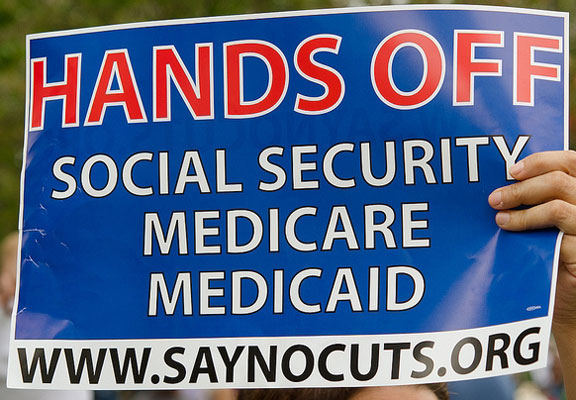