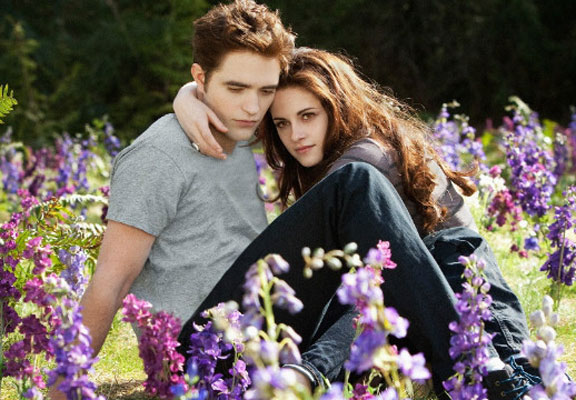 Bella’s romance with vampire Edward can be read as a sexy chastity tale in step with the Christian purity movement, says Tanya Erzen in this excerpt from her book “Fanpire.”

(WOMENSENEWS)– At a workshop for "Twilight" fan-fiction writers, Twilightzoner, a popular author, voiced a subversive opinion, at least in the world of fans: "The books are about abstinence, and they’re not neutral; they’re anti-sex."

That Bella and Edward desist from any form of sex until marriage for fear that it will kill her is easily read as a thinly veiled argument for abstinence. However, most fans balk at the idea that the books are abstinence-only tracts or that abstinence is necessarily a negative aspect of the series. They read the books literally: Edward must tread carefully or risk killing Bella because he is a vampire.

Twilightzoner’s comment sparks murmurs of dissent. PsyMom says emphatically of Bella, "She gets what she wants: a husband and a baby."

Today’s multifaceted purity movement encompasses everything from abstinence programs such as True Love Waits and the Silver Ring Thing to abstinence-only school curricula. All employ a logic that assumes that wasting sex on a relationship that doesn’t end in marriage means there will be less romance left over for the marriage itself, that premarital sex can be harmful and lead to sexually transmitted diseases and, in the case of religious arguments, that sex is a sacrament reserved for marriage. According to them, delaying sex until marriage ensures unparalleled intimacy and sexual bliss with a future spouse.

Edward is often cited as the epitome of abstinence. The capacity to easily hurt and kill Bella is ever-present, but he possesses the self-control to refrain. A paragon of the religious arguments for abstinence, Edward is a virgin plagued by thoughts of whether he’ll go to heaven. Abstinence, he believes, will preserve the remnants of his soul. Edward’s concern for Bella’s soul as well, a subject of endless conversation between them, is his rationale for sexual abstinence and his initial refusal to turn her into a vampire.

"Twilight," set in Forks, Wash., was published in 2005, the year the Bush administration spent $270 million on abstinence-only sex-education programs. Edward as the heroic protector is mirrored in abstinence-only textbooks like "Choosing the Best," which presents a story of a princess who cheekily dispenses advice to a knight about how to kill a dragon. The proud knight is ashamed to accept her help, and he marries someone else. The moral is that if you’re too sassy and independent, you won’t find a husband. The "Twilight" series echoes an assumption of abstinence education that sex can be deadly before marriage, except in the "Twilight" stories, the danger is vampire venom rather than an STD.

And the idea of a resplendent hero who cares about your virtue bolsters cultural campaigns like True Love Waits and virginity pledges. However, studies like one by sociologists Peter S. Bearman and Hannah Bruckner have shown that of adolescents who took virginity pledges, only 12 percent kept their promise; others engaged in oral sex and they were one-third less likely to use protection when they did eventually have sexual intercourse. Even in the actual Forks high school, though Washington State requires comprehensive sex education, a poster prominently displayed in a girls’ bathroom reads, "Kiss a Toad, and He’s Still a Toad. Abstinence ’til Marriage."

Like the Twilight franchise, the abstinence movement succeeds because it is what Dagmar Herzog calls a self-help and self improvement movement that holds out the promise of perfection. Abstinence enthusiasts vow that it translates to a perfect marriage with a perfect man with whom you will have perfectly fantastic and always heterosexual sex. This idea is part of the abstinence movement’s campaign to "make chastity sexy."

When, for example, Lesley Unruh of the Abstinence Clearing House hands out cherry lollipops with a heart center that reads, "Don’t be a sucker! Save sex for marriage," she implies not only that sex outside of marriage is damaging, dangerous, emotionally draining and shameful, but that sex is mind-blowing once you’re married. Doomsday admonitions about sex and statistics about sexually transmitted diseases fail to convince in the same way as the notion that once married, sex is sensational because you’ve kept your purity.

This idea dovetails neatly with the premise of much romance fiction, which overvalues virginal heroines who find sexual bliss with their one true love. In countless historical romances, the virgin heroine experiences married sex as emotional and sensual delirium. "Twilight’s" messages about sexuality as dangerous reflect both of these premises of abstinence education and romance fiction: sex is dangerous (you could be sucked dry by your vampire boyfriend) and sex is phenomenal once you’re married. It gets even better once you become a supernatural being with preternatural sexual powers.

While Bella is hardly the supernatural sexual vamp of some of the other popular paranormal romance books, she does represent its basic trope of a human who is unaware of her powers (Edward can’t read Bella’s mind like he can everyone else’s), and she becomes a fully realized sexual being only after marrying a vampire.

The "Twilight" saga can be read as an abstinence text with a vampire identity substituted for a Christian one: once married and born again as a Christian or a vampire, your sex life is unparalleled ecstasy for eternity. It’s implied in "Breaking Dawn," for instance, that vampires experience sexual sensations beyond that of humans. After Bella becomes a vampire, she describes how sex with Edward is that much more wondrous, and how they never tire so they never have to stop.

Tanya Erzen is an associate professor and the Catherine Gould Chism Scholar at the University of Puget Sound. She is also the author of "Straight to Jesus: Sexual and Christian Conversions in the Ex-Gay Movement," which won the Gustave O. Arlt award and the Ruth Benedict Prize. 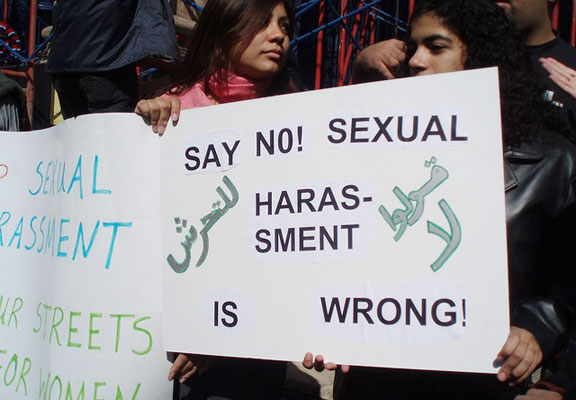