Moms Have Election-Year Muscle; Use It or Lose It

Politicians want the married-mom vote. But so far they’re offering us very little in the way of a detailed agenda. Let’s use our power and make our move on everything from child care to tax laws to paid sick leave.

(WOMENSENEWS)–I see a big power gap in these elections, and it’s not between Democrats and Republicans.

It’s between the huge effort that politicians are making to capture the hearts of American moms and our own lukewarm sense of how much we can expect from all this courtship.

We’re wanted. There are plenty of signs of that. But what do we want in return? And how do we ask for and demand that?

Ever since pollsters uncovered the "gender gap" a few decades ago, politicians have bent over backward to appeal to women, and moms, it seems, in particular. They’ve sliced us up and diced us up into every conceivable demographic to get our votes: recently, it’s been soccer moms, security moms, Wal-Mart moms, single moms.

This year, President Barack Obama and Republican nominee Mitt Romney are duking it out over married moms, a critical swing bloc of voters, according to news reports. (Single moms tend to favor Democrats and Obama–the proud son of a single mother–is working hard to get them to the polls in November.)

Married moms are kid-makers and, it turns out, kingmakers too. Who knew?

Our politicians, that’s who. They’re making all the usual political moves to get our votes. They hold babies, post campaign photographs of their stain-free families and blow air kisses to their mothers in the stands during their televised speeches. In the case of Republican vice presidential nominee Paul Ryan, some even get teary-eyed.

They all sure do love moms. That was on full display at the recent conventions.

Romney told the audience that his wife’s job as a stay-at-home mother of five boys was harder than his job as a corporate executive, and a lot more important.

First lady Michelle Obama called herself the "Mom-in-Chief" and told us that her daughters were the "heart of my heart" and the "center of my world."

"It’s the moms of this nation — single, married, widowed — who really hold this country together," she beamed, adding: "You know it’s true, don’t you? You’re the ones who always have to do a little more . . . You are the best of America . . . You are the hope of America. There would not be an America without you. Tonight, we salute you and sing your praises."

This was all very nice for the nation’s 85 million mothers, but what did any of it actually mean for us?

Obama put some real legislation behind motherhood when he expanded workers’ rights to sue in cases of pay discrimination, an issue that deeply affects mothers, and particularly single mothers. His expanded access to health care insurance, including prenatal care, will be a boon to mothers too.

But there’s so much more to do.

Imagine if workers could take paid time off to care for our newborns, our sick children or our elderly parents. This country just might see its lousy national statistics on infant and maternal health improve.

What if we could enroll our kids in subsidized, high-quality early childhood education programs? The nation’s children would be more likely to graduate from high school, own homes and have longer marriages, and parents would face far lower child-care bills–money that could be saved or used to stimulate the economy.

What if part-time work offered benefits and rising seniority so parents–of either sex–could feel more secure about going part-time for a while? Moms and dads would be less trapped between the rock and the hard place confronting most modern families: full-time paid work with little time to meet family needs or full-time parenthood without enough resources to meet financial responsibilities.

Imagine if pregnant women and mothers didn’t face employment discrimination? They’d earn more equitable salaries and rise up the career ladder faster. They could use the extra money to keep their families afloat and their power to make the workplace more family friendly.

I could go on, but you get the picture.

A more mom- and dad-friendly world is not a pipedream; it actually exists in many other countries.

But too few women in the United States seem to realize that we have the power to make that vision real here too. But we can. We are a swing vote. We have special political powers. We are supermoms–we just don’t realize it yet.

The National Partnership for Women and Families, the National Women’s Law Center the National Organization for Women and many other groups have been advocating to improve the lives of women, and mothers, for years. And there are a growing number of mothers’ rights groups, such as MomsRising, Mothers and More and the National Association of Mothers Centers, that are advocating for mothers.

If women with children want to see improvements that have a direct impact on their lives, we have to join these professional advocates and come together in a much bigger way.

Nancy Pelosi, the leader of the congressional Democrats, the first female speaker of the House of Representatives and a proud mother and grandmother–likes to say: "Know thy power."

If we understand our power, we can and will get the changes we need to stop stressing and start living according to the same standards enjoyed by the rest of the modern, industrialized world.

Would you like to Send Along a Link of This Story?
https://womensenewsp.wpengine.com/story/momagenda/120918/moms-have-election-year-muscle-use-it-or-lose-it 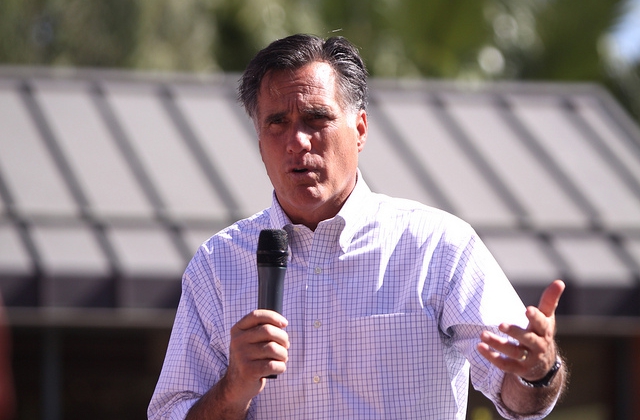