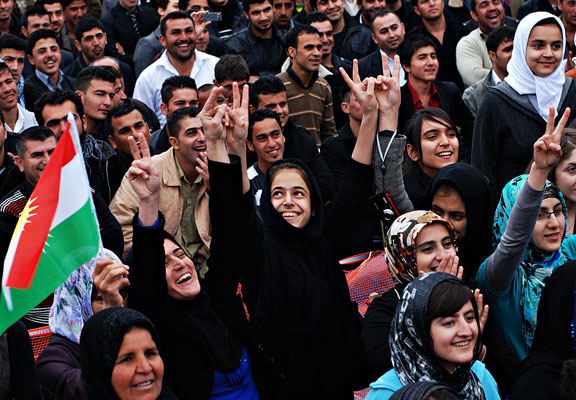 Forcing Muslim women to cover up can be a huge human rights violation; banning them from wearing the veil is problematic too, says Judith Sunderland in the collection of essays, “The Unfinished Revolution.” In this excerpt, she explains why.

(WOMENSENEWS)–On April 11, 2011, Kenza Drider, a 32-year-old mother of four, broke the law in Paris: she wore the niqab in public. She had traveled by train from her home in Avignon to protest a new law banning the full-face Muslim veil in all public spaces throughout France.

In June 2010, 25-year-old Louiza (not her real name) was shot at close range with a paintball gun as she walked down the street in Grozny because she wasn’t wearing a headscarf. That summer many women in the Russian republic of Chechnya fell victim to attacks and harassment during a “virtue campaign” to force women to cover themselves.

What these two incidents have in common is interference–sometimes brutal, always wrong–with the fundamental human rights of women in the name of religion, tradition or misguided protectionism.

In Indonesia’s Aceh province, Saudi Arabia, Iran and Afghanistan under the Taliban, as well as parts of Somalia, Gaza and Chechnya, women are forced to cover up. At the same time, local and national governments in Europe have moved to prohibit women and girls from wearing the veil in schools and public service. In April 2011, France enacted a national law banning the wearing of full-face veils anywhere in public; Belgium enacted a similar law in July 2011, and comparable nationwide bans have been proposed in a number of other European countries. Several cities in Belgium, Spain and Italy already have local bans in place.

The sad irony is that whether they are being forced to cover up or to uncover, these women are being discriminated against. Banned from wearing the hijab–a traditional Muslim headscarf–or forced to veil themselves, women around the world are being stripped of their basic rights to personal autonomy; to freedom of expression; and to freedom of religion, thought and conscience.

Though men are also subject to religious and traditional practices, including dress codes that impinge on their freedoms, women around the world are far more likely to see their decisions dictated, their options curtailed, even their physical integrity and lives threatened, by official and societal norms about propriety.

Women’s rights activists, both within and outside Muslim communities, have long argued that veiling, and full veiling of the face and body in particular, is a powerful symbol of the oppression and subjugation of women. The burka, a full face and body covering, is commonly associated with the Taliban, who systematically violate the fundamental rights and freedoms of women in Afghanistan, a country with the lowest life expectancy in the region and some of the highest rates of maternal death.

The Right to Choose

Given the evidence that forced veiling constitutes a serious women’s rights issue in so many parts of the world, it is perhaps not surprising that proponents of bans on veils in Europe see them as a way to liberate women and protect women and girls from societal pressure to veil themselves. Bans on students and teachers wearing headscarves in schools, on civil servants wearing any kind of religious symbol and on full-face coverings are also variously justified by the need to ensure secularism in state institutions, as well as on security grounds. Though some (but not all) bans are crafted in neutral terms, the political debate around them in Europe is infused with discomfort with an increasingly visible Muslim minority population, and concerns about integrating newer Europeans while preserving so-called European values.

Pro-ban arguments relating to women’s rights have the greatest resonance. Yet denying women the right to cover themselves is as wrong as forcing them to do so. Muslim women, like all women, should have the right to dress as they choose and to make decisions about their lives and how to express their faith, identity and moral values. And they should not be forced to choose between their beliefs and their chosen profession.

Generalizations about women’s oppression do a disservice to one of the basic tenets of gender equality: the right to self-determination and autonomy, the right a woman has to make decisions about her life and her body without interference from the state or others. There are undoubtedly women who are forced to wear the veil or feel tremendous pressure to do so against their own convictions. But there are also Muslim women in Europe, some of them converts, who have spoken out to say that veiling was their own decision, citing motivations such as an expression of their faith and a desire to assert their identity.

As alien as it may seem to some Europeans, veiling can be a choice, in the same way that other convictions or conduct that have been shaped by societal, family or religious influences are experienced by the individual as an expression of their identity.

Judith Sunderland is the senior Western Europe researcher with the Europe and Central Asia division at Human Rights Watch. She works on issues related to discrimination and intolerance, migration and asylum policy and counterterrorism. Minky Worden is the editor of “Unfinished Revolution.” As director of global initiatives of Human Rights Watch, she monitors crises, wars, human rights abuses and political developments in more than 70 countries worldwide.

Would you like to Send Along a Link of This Story?
https://womensenewsp.wpengine.com/story/religion/120922/banning-muslim-veil-denies-women-choice-too 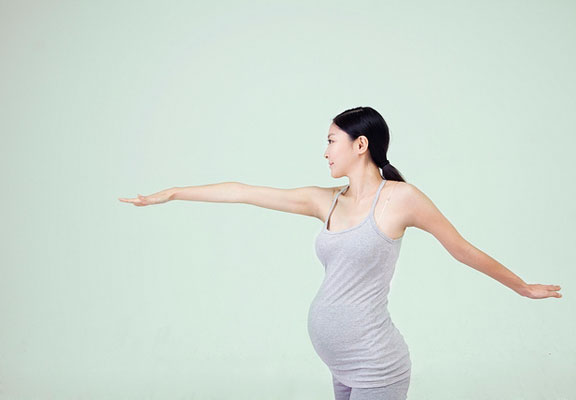 US May Save Moms’ Jobs; Wages Biased in 50 States 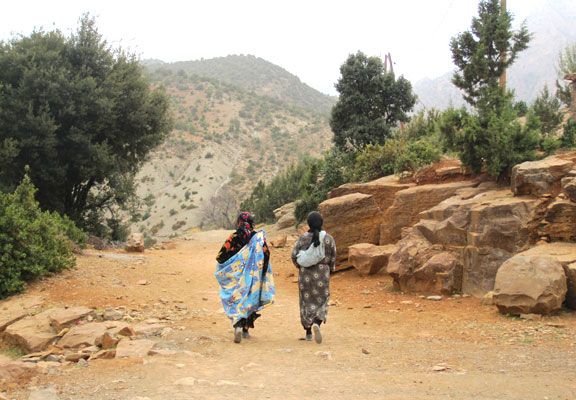