A national nurses’ union is lobbying for a single-payer health care system, saying it’s the only plan most Americans can afford. Proponents also argue that Medicare-for-all is more fiscally hawkish than Romney’s new running mate.

Credit: monkeyz_uncle on Flickr, under Creative Commons (CC BY 2.0).

For advocates of a full-scale public health insurance program–and for women’s health as well–that could mean another chance to carve out their position as deficit-hawks with much sharper budget-cutting teeth than Ryan himself.

“Research shows that private insurance bureaucracy and paperwork consume 31 percent of every health care dollar,” said Dr. Diljeet K. Singh, who is a board member of Physicians for a National Health Program, a Chicago-based nonprofit of 18,000 physicians across the country who support a Medicare-for-all system. “Streamlining payments through a single nonprofit payer system would save the United States more than $400 billion a year, enough to provide comprehensive, high-quality coverage for all Americans.”

Singh, a Gilbert, Ariz., gynecologist, predicts that more women will support a single-payer system because under the Affordable Care Act insurance companies and drug companies will still be able to charge what they want due to weak restrictions on premium rate increases and out-of-pocket costs. Older people may pay up to three times more for insurance than younger patients.

“These restrictions will hit women hard because they use more health services, have lower incomes and live longer than do men,” Singh said. “This will lead to more patients skipping care and suffering serious health and financial consequences. Illness and medical bills are linked to 52 percent of personal bankruptcies in the United States.”

Jean Ross is co-president of the California Nurses Association/National Nurses United, the Oakland-based union that has more than 85,000 registered nurse members in 50 states and is lobbying for California to adopt a single-payer health care system.

“Despite its modest benefits, the ACA is no remedy for our health care crisis because it perpetuates the principle of all the health care you can afford,” Ross said in a recent telephone interview, referring to the Affordable Care Act. “In California and a growing number of states, insurance premiums already equal or exceed 20 percent of median incomes. If premiums continue to rise at the current rate, the average family premium would total $24,000 by 2020.”

To drum up grassroots support for passage of a single-payer health system in California, the California Nurses Association sponsored a bus tour that visited 19 communities during June and July. The tour drew about 1,000 people for free blood pressure readings and blood sugar screenings and another 2,000 to the town hall meetings.

“The chances of establishing a Medicare-for-all system are better today because we helped elect Gov. Jerry Brown, a Democrat who is more supportive of health care for all,” said Ross.

In 2006 and 2008, the then-Republican Gov. Arnold Schwarzenegger, who had pushed for a reduction of the nurse-patient ratio and bragged that he would “kick nurses’ butts” vetoed bills that would have laid the groundwork.

The California Nurses Association played a major role in the victory of Brown over Republican Meg Whitman in 2010. In addition to contributing more than $1 million when Brown was struggling to raise funds to compete with the billionaire former eBay CEO, the association sent nurses dressed in scrubs to 50 campaign appearances of Whitman who proposed cuts in public employees’ benefits and pay.

Vermont is another stronghold of support for the so-called single-payer system.

“Vermont is taking the lead in the long struggle to establish single-payer just as it did in women’s suffrage,” said Dr. Deb Richter, president of Vermont Health Care for All, a grassroots organization based in Montpelier that spearheaded passage of a law in 2011 that will provide health care for all 620,000 citizens of Vermont through a publicly-financed insurance program. “It will take five years to implement the new system, partly because the ACA prohibits states from undertaking more far reaching reforms until 2017 unless the federal government grants waivers.”

Richter, a Montpelier-based family physician, commended the state legislature for “pursuing a waiver to set up a system in 2014.” She also hailed Democratic Gov. Peter Shumlin for making single-payer health care his signature issue in his 2010 campaign.

In 2011 the Vermont Legislative Joint Fiscal Office estimated that the state would save between $553 million to $1.8 billion by the year 2020 by shifting to a single-payer system.

In addition to paying physicians, hospitals and other providers a set fee, savings would incur by streamlining administration into a single state managed system.

“Insurance companies have tremendous financial resources to mobilize against single-payer systems, so we will be working hard to keep the momentum,” said Richter.

Health reform broadens coverage of several health services for women and has won the support of many women’s advocacy groups as a result.

The National Organization for Women (NOW), the largest feminist organization in the United States –which has backed a single-payer system since 1993–supported the Affordable Care Act but has reservations about its inclusiveness and worries about how the law will be implemented.

“Advocates for women must work hard during the coming months to elect officials who will ensure that the goals of universal coverage and affordable health care are eventually achieved,” Terry O’Neill, president of NOW, said in a telephone interview.

The Supreme Court upheld the health reform law in June but O’Neill expects that various details of how the 900-page law is implemented will affect national, state and local elections.

The health insurance exchanges–one of the least controversial aspects of the Affordable Care Act–have already become a political flashpoint in four states. The Republican governors of Florida, Texas, Louisiana and New Jersey have vowed to resist legislation proposed by Democrats to establish the web-based marketplace where individuals and families can purchase private insurance plans at rates subsidized by the federal government.

O’Neill gives the health reform law high marks for prohibiting denial of coverage for pre-existing conditions, permitting young adults to remain on their parents’ health plan until age 26 and making preventive health services for women more accessible. But the Supreme Court’s decision allowing the states to opt out of Medicaid expansion worries her.

A Commonwealth Fund study found that more than 51 percent of women under the 133-percent of poverty level–or 14 million–were uninsured at some point during 2010. Women in this income range are nearly half of uninsured women nationwide.

Medicaid expansion doesn’t mean lowering this income threshold, but instead means expanding it to more people in that category, such as women who might need HIV/AIDS screening.

Five states–which have the highest number of citizens with no health insurance–have already rejected the expansion, although the federal government would assume most of the cost. As many as 20 other states are considering following the example of Texas, Florida, Louisiana, South Carolina and Mississippi.

Ryan’s blueprint for reordering the nation’s spending priorities would shrink Medicaid rolls even further. Medicaid would be turned into a block grant system similar to the one that President Bill Clinton instituted in 1996 that cut many struggling single mothers off the welfare rolls.

Under the current Medicaid system, states receive federal matching payments and cannot turn away eligible people. Under the grant system, allotments would be capped and states would limit the number of people served through priority lists, waiting periods or closing enrollments

Would you like to Send Along a Link of This Story?
https://womensenewsp.wpengine.com/story/campaign-trail/120814/single-payer-champions-out-hawk-ryan-deficit 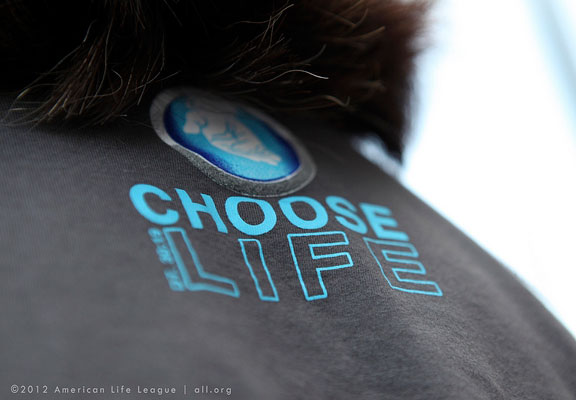