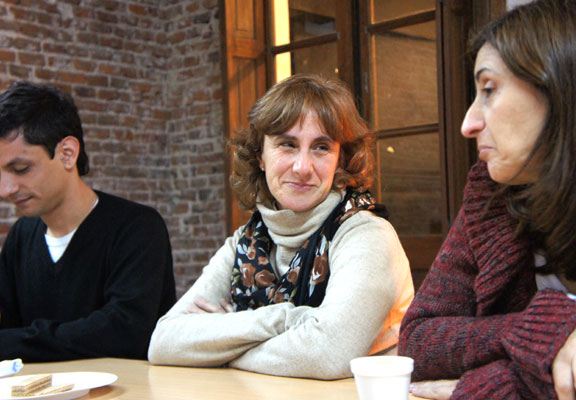 Silvia Augsburger is synonymous with Argentina’s push to the forefront of global human rights. The retired lawmaker recently discussed the need for more change in a country with a deadly abortion ban and political quotas that work like a “ceiling.”

ROSARIO, Argentina (WOMENSENEWS)–On a cold Monday morning in June, some 50 women from various political backgrounds gathered in this Argentine port city to talk about gender roles inside the home. They conceived of a society in which men and women of all classes share both the responsibility to care for children and the sick and elderly and have the option to work.
Panelist Silvia Augsburger, a socialist former congresswoman, said the “classic idea” of men as the primary wage earners without family responsibilities is no longer viable in Argentina.
“We need a paradigm shift, a cultural transformation,” she told the gathering. “The main obstacle is reaching those women for whom it would never occur to step into a different role.”
Augsburger is a leading fighter for women’s rights in Argentina, a country that she says remains largely unequal despite huge advances, including a female head of state.
As a councilwoman in Rosario between 1997 and 2005, Augsburger authored a plan for equal opportunities and the treatment of men and women, a law to provide care for victims of sexual violence and a municipal administration manual free of sexist language.
From there she expanded her political reach to other human rights.
In 2010 the country legalized same-sex marriage, a cause she helped lead.
Last May, a transgender rights bill first introduced by Augsburger in 2007 passed unanimously in the Senate. The law allows people to alter their gender on official documents without a diagnosis of gender dysphoria and makes it easier to obtain free hormone therapy or gender reassignment surgery.
The laws have put Argentina in the global human rights forefront and represent what Augsburger calls a fundamental societal change.

On the heels of those victories, Augsburger said in a recent interview that it’s now time to place new items on the women’s rights agenda, such as stronger rights for domestic workers, assisted fertilization techniques and family names. Women here maintain their maiden names when married; children almost exclusively adopt only their father’s last name. Augsburger thinks children should be able to adopt both their mother and father’s last names, as is allowed in all other countries in Mercosur, the South American trade bloc.
Abortion is illegal in Argentina. In this country a woman dies every three days as a result of unsafe abortion.
But the silence has also been broken on the abortion debate, she said, despite continued fierce opposition from the church. In March, the Supreme Court ruled to decriminalize abortion in cases of rape and when there is a threat to a woman’s life.
“We’ve been talking about these things for a long time,” Augsburger said. “And though there is progress, women remain underrepresented in all areas of public life.”
Argentina appears ahead of other Latin American countries in terms of gender equality, with a Ley de Cupos, or quota law, that ensures a minimum level of women’s legislative representation, at 30 percent. But Augsburger says that percentage, designed as a floor, has become a ceiling. And when applied to executive and judicial positions, women remain a tiny minority. For example, today only 2 of 24 governors are women.
Augsburger, 50, became active in politics during college at the University of Rosario, where she studied biochemistry.
She remained a leader in the socialist youth movement after college, and in 1993 she attended a socialist youth festival in Porto, Italy, where she met Italian women’s rights leader Pia Locatelli, then vice-chair and now president of Socialist International Women. Locatelli spoke about gender inequality and stereotypes and the different opportunities available to men and women.

Augsburger, then 31 and the one female among five Argentine youth representatives at the festival, was struck by Locatelli’s message.

“Until then, I hadn’t really considered the issue of gender inequality or that women face discrimination,” Augsburger said. “But it opened my consciousness and gender then became my main focus as an activist.”
Post-graduation, she was an activist and leader in the youth socialist party, where she met her husband Daniel, with whom she has two children. Augsburger became a councilwoman in Rosario in 1997 and national deputy in 2005. She served as secretary of women in the National Socialist Party between 1996 and 2002.
In 2005, Argentina’s Federation of Lesbians, Gays, Bisexuals and Trans was formed in Rosario and socialist activist Esteban Paulón was named its general secretary. He quickly brought a proposal to legalize same-sex marriage to socialist Congressman Eduardo Di Pollina, who presented it to the legislature with Augsburger’s signature. For the rest of her term and after, as the bill was discussed in Congress, Augsburger was a tireless advocate for same-sex marriage.

“Silvia was fundamental,” said Paulón, now president of the group. “She propelled the project when few did, and became a protagonist and a great defender.”

In 2009, after various versions of the law had stalled, Augsburger introduced another version with fellow congresswoman Vilma Ibarra, which passed narrowly in July 2010, making Argentina the first Latin American country to legalize same-sex marriage.

Journalist and activist Bruno Bimbi, author of the book “Marriage Equality,” a history of same-sex marriage in Argentina, says he is humbled by Augsburger’s approach.

“I remember a freezing Friday night in 2008, after midnight, when Silvia was discussing the [gender identity] law with an assembly of transvestites in the Rosedal [park in Buenos Aires],” he said. “That is her way.”

For Augsburger, an interest in politics began early. Her childhood in Rosario was marked by the period of military repression between 1976 and 1983 in Argentina, known as the “Dirty War,” when thousands of Argentines were killed, or “disappeared.” The “repressive society,” she said, “had a big impact.”

“People would come to my parents’ house on Sunday nights to sit around and discuss politics,” she said. “I have memories of people sleeping in our house who needed to hide, music from the 60s, the Cuban revolution.”

Though no longer in national politics, Augsburger remains active in gay rights issues and regularly meets with Paulón and other activists in Rosario, the home of the LGBT organization’s headquarters and the third largest city in Argentina.
Rosario, located four hours from Argentina’s capital Buenos Aires, is a hub of political and intellectual activity, where cafes, restaurants and bars fill with lively discussion. Since 1989, the government of Rosario has been Socialist-led.
Now, Augsburger heads the gender division of a socialist think-tank called Igualdad.Argentina (Equality Argentina) and is enrolled in a master’s program in gender studies at the University of Rosario.
The degree program, created in 1993 and the first of its kind in Latin America, provides a systematic study of gender discrimination and feminist theory.
“To me, any situation that generates inequality is unsustainable and intolerable,” Augsburger said, “and requires a study of what advance is needed to end that discrimination.”
Jessica Weiss is a freelance writer in Buenos Aires, Argentina. Follow her on twitter @jessweiss1.

Would you like to Send Along a Link of This Story?
https://womensenewsp.wpengine.com/story/the-world/120812/meet-argentinas-rights-blazer-silvia-augsburger 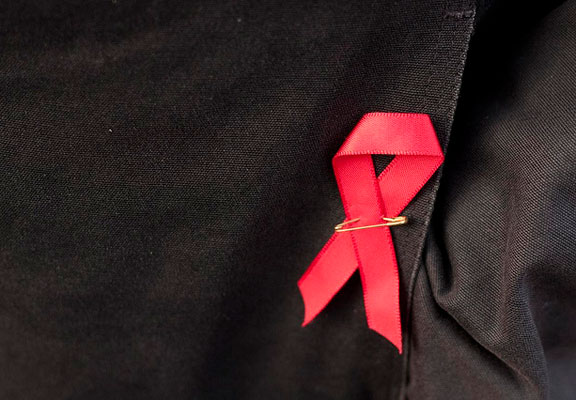