NARAL Pro-Choice America’s 41 endorsements so far this year include five candidates who lost in 2010 by slim margins. The group hopes that the pile-up of anti-choice votes in 2011 could help change the outcome for these renewed bids.

(WOMENSENEWS)–NARAL Pro-Choice America communicates via press releases and social media with its Facebook followers and one-million-plus activist members about every bill related to contraception or abortion.

Yet, Erika West, deputy political director, says it may be necessary to step back and consider the “totality of damage” that a GOP-controlled House has tried to bring on choice since the 2010 elections.
Thanks to a recent uptick in donations, NARAL is spending over $600,000 on endorsements this year, up from around $560,000 in 2010. That will help the group as it faces the possible re-election of 2010’s addition of 42 anti-choice legislators.
The Washington-based organization, which tallies choice-related votes to rate members of Congress, counted eight important House votes – all on anti-choice legislation — in 2011. In 2009 and 2010 combined, it only noted four.
One of the most controversial bills that passed the House in 2011 was the Protect Life Act, which banned insurance plans that cover abortion from participating in the state health insurance exchanges being set up as a result of the national health care law. The legislation also permits hospitals to deny abortions to women with life-threatening complications.
So far, a Democratic Senate has blocked most legislation coming from the Republican House – although in a bargain cut over a 2011 appropriations bill, the House succeeded in renewing a ban preventing Washington, D.C., from using local funds for abortions. Next year, though, that firewall could fall if the Senate splits in half due to the high number of Democratic senators up for re-election. President Obama has veto power, but his re-election is also not guaranteed.
That raises the prospect of another round on the Blunt Amendment, which the current Senate voted 51-48 to not bring to debate. Known as an attack on the so-called contraception mandate, it would have allowed any employer to deny health coverage (including but not limited to contraception) that it found morally objectionable.

The Congress is also in play. Even if Democrats managed to pick up the 25 seats necessary to create a Democratic majority in the House, West is not expecting 2012 to produce a pro-choice majority. “We’re in more of a deficit than the Democratic Party,” she said.
About 31 percent of U.S. women believe there is a “wide-scale effort to limit women’s reproductive health choices and services,” found a May poll conducted by the Kaiser Family Foundation, the Washington-based nonprofit.
Yet crucially, 10 percent of the survey’s respondents also said they had changed their minds about whom to vote for in reaction to something they had seen or heard about women’s reproductive health.
Among the 41 House candidates NARAL Pro-Choice America has endorsed so far, five lost by close margins in 2010 and are gearing up for round No. 2. Four of those races are considered toss-ups, according to the nonpartisan Rothenberg Political Report.
Here’s a look at those five races, which NARAL is hoping could be more receptive to a pro-choice candidate. A big question in all the races is whether the GOP’s attack on choice will be widely viewed as more extreme after a year when legislative attacks went beyond abortion to contraceptives.

Ann McLane Kuster is the challenger of GOP Rep. Charles Bass, who affirmed his pro-choice credentials in February at a local town hall meeting, reported the Berlin Daily Sun. Bass is one of only a handful of Republicans who broke with the party and voted against the Prenatal Nondiscrimination Act, known as PRENDA, which would have barred abortions based on a fetus’s gender.
Bass does not support federal funding for abortions or late-term abortions. At the same town hall meeting, he expressed his opposition to the health care law contraception mandate. Bass had a 30 percent NARAL approval rating in 2011.
Kuster, a longtime attorney who founded a nonprofit consulting practice in 2011, has been a Democratic activist for many years. She served on President Barack Obama’s New Hampshire steering committee in 2008 and received the Eleanor Roosevelt Award for service to the state Democratic Party in 2000. She also co-founded the Women’s Fund of New Hampshire.
Emily Mellencamp Smith, finance director for Kuster’s campaign, said women’s issues were “galvanizing the base” and emphasized her candidate’s grassroots strength. Kuster has raised 84 percent of campaign funds from individuals, compared to Bass’s 33 percent, according to the Center for Responsive Politics.
“We have tons of female volunteers from all walks of life – high school students to senior citizens, Democrats, Republicans, and Independents.  It’s very striking,” Smith said in an email interview.

Dan Maffei was a freshman representative in 2010 when he lost to Rep. Ann Marie Buerkle by about 600 votes. They are now running in a newly configured district that includes Syracuse.
Maffei started his career as a reporter before working on Capitol Hill for various members of Congress. He is currently a senior advisor at a New York law firm.
Ursula Rozem, the Green Party candidate, is the wild card in a contest where a few hundred votes could swing the outcome and could sap progressive votes away from Maffei.
During the 2010 race, Buerkle–a local spokesperson for the anti-choice groups Operation Rescue and Friends for Life in the late 1980s–said she didn’t want to make the race a “referendum on abortion.” After winning office, she spoke last year at a Washington, D.C., March for Life rally, reported Syracuse, N.Y.’s The Post-Standard. On May 30, she said during a debate on PRENDA and sex-selective abortions, “this is the ultimate war on women.”
NARAL’s West is optimistic about Maffei’s chances. “I think he’s going to take that seat back.”

Bill Foster is challenging Rep. Judy Biggert, who has served in Congress for 13 years.
Foster, a research physicist, won a special election in 2008 in the 14th District and then a full term, but lost in 2010 to Tea Party candidate Randy Hultgren. Though he was criticized during the 2012 primary for never supporting a Democratic budget while in office, he voted for health care reform and earned a 100 percent approval rating from NARAL in 2009.
Redistricting has put some of Foster’s former constituents from the 14th in the new 11th District, which could spell trouble for Biggert.
Biggert considers herself pro-choice and earned a 75 percent approval rating from NARAL in 2011. She voted in favor of PRENDA, however.
NARAL’s West said that defeating a candidate such as Biggert–or Bass in New Hampshire–is just as important as removing more extreme representatives.
“We want 100 percent pro-choice members of Congress. We also want to take out the folks who equivocate and who decided here and there that it’s not important this week or this vote,” she said.

Ami Bera is a physician running again against Rep. Dan Lungren, who received $700,000 in late campaign donations from the super PAC American Crossroads, according to an April episode of NPR’s This American Life.
Lungren has served in Congress since 2005.
Because of redistricting, the two are now running in the 7th District, a Bay Area city known for its high crime rate.
This year, Josh Wolf, Bera’s campaign manager, said they are preparing for a second onslaught on super PAC funding for Lungren.
Wolf said that Lungren failed to focus on jobs and other California issues, such as home foreclosures, and instead pursued an “extremist agenda” pertaining to women’s rights.
Lungren received a 0 percent approval rating from NARAL in 2011 and opposed the contraception mandate as a matter of religious liberty.
Bera said that “unfettered access to [contraception] improves health, reduces illness and is cost-effective” in a March 1 article for the Huffington Post.
“That’s an issue that he will continue to be outspoken on,” Wolf said.

Iraq War veteran Manan Trivedi works as a primary care physician and has a master’s in health policy.
He’s in the toughest spot of these five candidates, according to the Rothenberg Political Report, which calls the race “Republican favored.”
Trivedi’s opponent, incumbent Rep. Jim Gerlach, opposes the health care law’s contraception mandate.
Daren Berringer, a general consultant for the campaign, said that could hurt Gerlach. “Women have good memories,” he said.
Reproductive health has been in state news due to Gov. Tom Corbett’s now-famous assertion that if women did not want to look at mandatory ultrasounds, they could close their eyes.
Trivedi has only raised about $440,000, compared to Gerlach’s $1.3 million. Eighty-six percent of Trivedi’s donations have come from individuals, compared with 39 percent for Gerlach.
Samantha Kimmey is a writer in Brooklyn, N.Y., covering women and politics this election season. 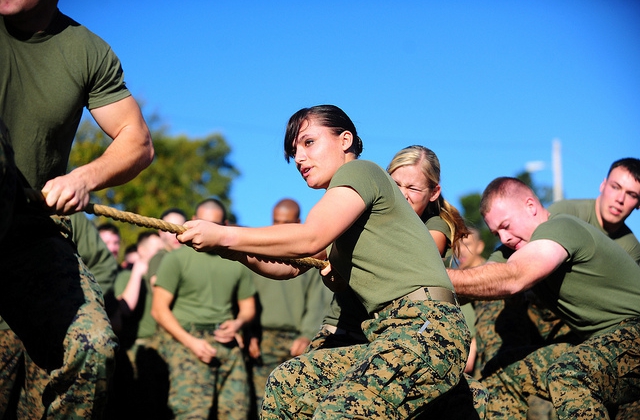