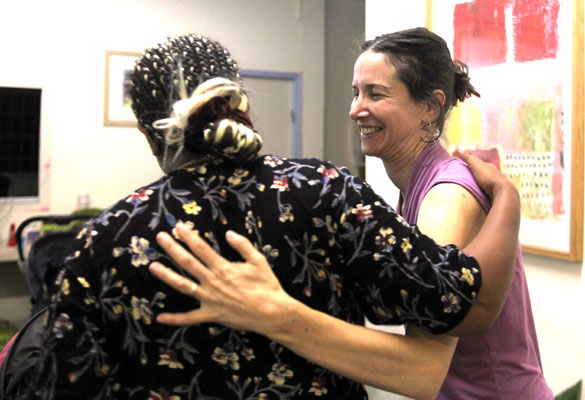 The Hagar and Miriam Project has helped African migrant women in Israel since 2007. It has always operated on a shoe string, but the aftermath of an anti-immigrant backlash to cases of rape in Tel Aviv has brought fundraising to a standstill.

Some of the group’s fluctuating cast of about 20 volunteers meet clients in a borrowed medical clinic in a bus station here, one day a week. A few Israeli women donate their skills as obstetrician-gynecologists, doctors and doulas.

One way or another, the 5-year-old group has managed to provide information about health resources, educational classes and emotional support to over 400 African women.

“We’re almost not funded at all,” said Avital Banai, an Israeli kindergarten teacher, who founded Hagar and Miriam in 2007. “We get sporadic donations. We won’t fundraise now because of how bad it is.”

She’s referring to harsh anti-immigrant sentiment in Israel after Israeli women and minors were raped by immigrants. In one case, on the eve of Israeli Independence Day, three Eritreans beat and robbed the victim’s boyfriend, then forced him to watch as they repeatedly raped her in a lot near the Tel Aviv Central Bus Station.

On May 30 anti-immigrant demonstrators in Tel Aviv mistook Hananya Vanda, an Israeli of Ethiopian descent, for a refugee and attacked him. On June 3 Israeli arsonists set fire to an apartment housing Eritrean migrants in Jerusalem. They spray painted “get out of the neighborhood” over the entrance. On June 7 the Population, Immigration and Border Authority said that 1,5000 South Sudanese have one week to leave Israel of their own accord or face deportation.

Sivan Karamani volunteers as a doula for Hagar and Miriam. She says that having compassion for women who are exiled and mistreated is central to her identity as a secular Israeli. But as a resident of south Tel Aviv, the low-income area of Israel’s urban center, she has conflicting perspectives about the anti-immigrant backlash.

“After years of the police not coming when you call and say ‘an African attacked me, raped me, stole from me,’ some Israelis took the law into their own hands. It was not right the way they did it, violence even against children. But blaming the refugees for their own situation is how the government avoids finding a solution,” she said.

Karamani has decided that helping African women is the right thing to do. “If we help them have a healthy birth and be better prepared for motherhood they will have a better life,” she said. “People with nothing to lose are more inclined to violence and terrorism. Not addressing the needs of these women will lead to more violence and crime.”

That’s also Banai’s view. “The more unemployed people we have living on the streets the more riots we’ll have . . . I didn’t invite them, but the situation is that they are here. We need to treat them in a humane way.”

Every week the refugee situation in Israel grows more volatile. According to the immigration authority, 62,000 migrants and asylum-seekers are in Israel, mostly from Sudan and Eritrea where civil unrest, religious persecution, lingering threats of genocide and rampant unemployment have driven thousands from their homes.

An estimated 15 percent of African asylum-seekers are women between the ages of 15-35. Banai says many sleep on the streets and are coerced into what is essentially prostitution in exchange for shelter. Violence and alcoholism are prevalent and adequate knowledge about birth control is scarce.

Banai hopes that the Israeli government will verify who are asylum-seekers and give them viable ways to support themselves. “These are very strong women,” she said. “They could have, should have a future. We have to do something. This won’t go away.”

Most of her volunteers are foreigners, visiting Israel for only a few months. “It’s a problem because they don’t speak Hebrew and some refugees don’t speak English,” said Banai. “I want to have training for my volunteers but I can’t afford it.”

Banai can’t estimate how many volunteers have worked with Hagar and Miriam. The group only recently had the resources to start keeping a central database.

Solomon came to Israel as a refugee from Sudan when she was 16. She describes the detention center in southern Israel as “a prison.”

Banai chose the name of her group for its biblical symbolism.

Hagar was Abraham’s second wife, a refugee herself, and the mother of Muslims, according to tradition. Miriam, as one of the first female leaders to appear in the Bible, has been venerated by Jewish feminists for generations. The sister of Moses, she helped the infant prophet find refuge in the house of Pharaoh’s daughter and brought Mose’s biological mother when the royal family sought a wet nurse for the adopted child.

“She made connections the way that we do,” said Banai.

Banai hopes someday Hagar and Miriam will provide medical training for asylum-seeking women to help their own community. “The whole ideal behind Hagar and Miriam is women helping women,” she said.

Leigh Cuen is a freelance journalist currently reporting from Israel. She has written for the Earth Island Journal, the San Francisco Public Press, the Palestinian News Network, J. weekly newspaper and many other publications. Follow her work at http://leighcuen.tumblr.com/ or @La__Cuen 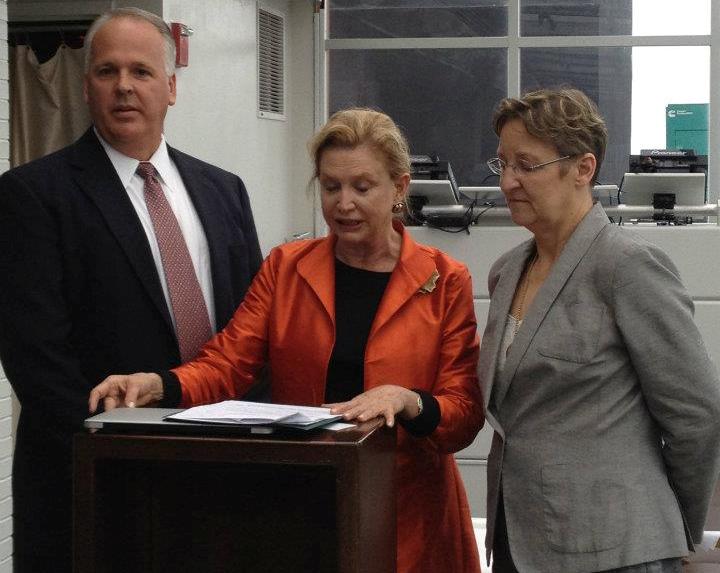 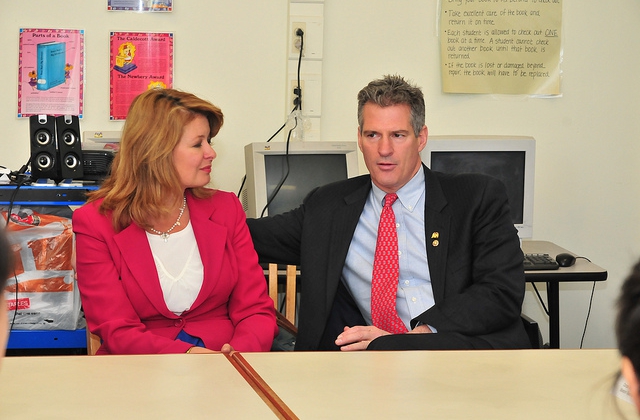 Scott Brown Ads Focus on Being a Great Family Guy