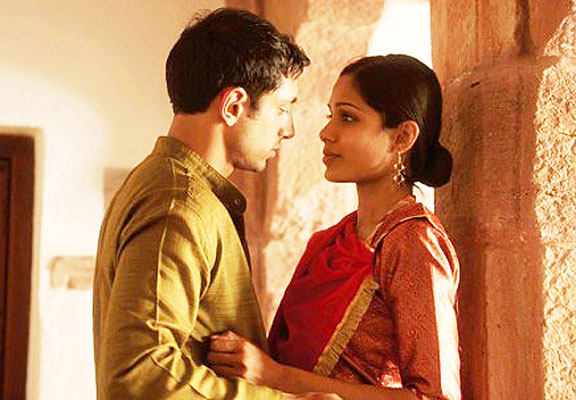 July brings a steady progression of films about unconventional and complicated, challenging romance. Two of the best are “Farewell My Queen” and “Trishna.” Also highly recommended: “Ruby Sparks” and “Crazy Eyes.”

(WOMENSENEWS)– Expect unlikely romance on the big screens this July. These steamy stories of unusual couplings are challenging, unconventional and opening one after another in relentless progression throughout the month.

Topping the list are two costume-clad love stories, both opening July 13. While thoroughly entertaining us with romantic adventures in other times, other realms, they provide compelling considerations of apparently eternal issues: class conflict and exploitation.

“Farewell, My Queen,” a French film directed by Benoit Jacquot and based on a Chantal Thomas novel, is set in glittering Versailles, just as revolutionaries are storming the Bastille in Paris and targeting aristocrats for beheading.

The focus of palace intrigue is, however, not the threat of the rebels, but the obsessive infatuation of Marie Antoinette (Diane Kruger) for Mme. De Polinac (Virginie Ledoyen). Told from the perspective of the Queen’s devoted maid, Sidonie Laborde (Lea Seydoux), who is entangled in the affair, this story develops subtly into a drama of epic proportions. Magnifique!

“Trishna” is British director Michael Winterbottom’s adaptation of Thomas Hardy’s “Tess of the D’Urbervilles,” set in present-day India. Trishna (Frieda Pinto), a beautiful and spirited young women who is suddenly forced to assume responsibility for supporting her family, takes a job in a faraway hotel owned by Jay (Riz Ahmed), a wealthy, handsome Brit of Indian heritage. He spots her, woos her and wins her heart. But as the first rush of romance settles into commitment, Jay demands that Trishna relinquish her free spirit and assume the role of the traditional subservient wife.

Winterbottom uses gorgeous cinematography, lavish sets and costumes in this classic tale of male domination that concludes in a shocking way. Pinto’s performance is heartbreaking. The film is a must-see.

A quite contemporary but no less unconventional romance is at the heart of “Ruby Sparks,” a project sparked by the talented Zoe Kazan, who produced, wrote and stars in the titular role. The quirky love story revolves around Calvin (Paul Dano), a writer who overcomes writer’s block by creating the character of Ruby, with whom he then falls in love — and soon finds, to his complete amazement, that she is real. Or is she? Directed by Valerie Faris and Jonathan Drayton (of “Little Miss Sunshine” fame), the film is saucy, sweet and silly in turns, and utterly charming. Opens July 25.

A woman and man whose romance is not with each other, but with booze, are the core characters of “Crazy Eyes,” opening July 6. Painful and fascinating, the film is the somewhat autobiographical collaboration between director Adam Sherman and co-writer Rachel Hardisty, who’ve been drinking buddies in real life.

In the film, Zach (Lukas Haas), an independently wealthy guy, divorced and with no anchors to reality, is surrounded by sycophants who hang with him because he buys them drinks and tips lavishly. Crazy Eyes (Madeline Zima), a regular in his disconnected world, refuses his attempts at intimacy and, in her way, challenges his lifestyle. Nothing much happens in the film, but the interplay between Zach and Crazy Eyes is raw, threatening and quite mesmerizing.

Romance is one of the issues between sisters in “Union Square,” directed by Nancy Savoca, who co-wrote this film with Mary Tobler. Lucy (Mira Sorvino) shows up at the Union Square apartment of her estranged sister Jenny (Tammy Blanchard), who’s carefully hidden her Bronx working class roots from everyone in her life, including her live-in fiancé. Lucy, a flaky freeloader, reveals all, threatening the intensely bourgeois life that Jenny has created for herself, including her love relationship.

Unfortunately, the storyline and characters in “Union Square” are quite predictable. For better sister films, get hold of “In Her Shoes,” available on DVD, or find a screening of “Your Sister’s Sister” which opened in June, and is still showing.

The famously failed romance and marriage of pop singer Katy Perry and pop comic Russell Brand is one of the main events covered in “Katy Perry: Part of Me,” the concert documentary that follows the diva on tour. Directed by Jane Lipsitz and Dan Cutforth, it opens wide on July 5. Lots of spectacle, production numbers, scanty costumes and songs in this puff piece from beginning to end, which is expected to be the year’s top-grossing documentary, exceeding the extraordinary earnings of even “Justin Bieber: Never Say Never.”

Opening July 20, “The Queen of Versailles” — in no way related to the narrative feature covered above — is a documentary that tells the story of the nouveau riche Siegel family whose fortune crashes in 2008. This forces them to face a new and relatively frugal reality from within the confines of their “largest in America” mansion. Shooting before and after the crash, filmmaker Lauren Greenfield’s observational lens and on-camera interviews capture the family’s greed and crassness in a way that simultaneously shocks and amuses.

Would you like to Send Along a Link of This Story?
https://womensenewsp.wpengine.com/story/arts/120627/july-movies-offer-steamy-romance-no-heat-relief 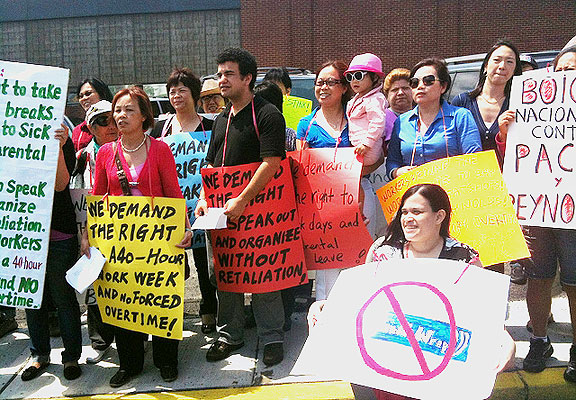 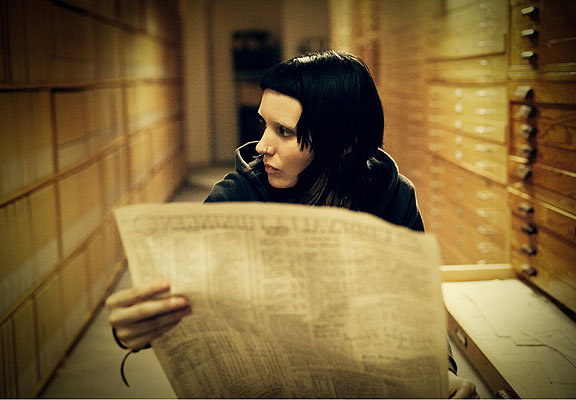