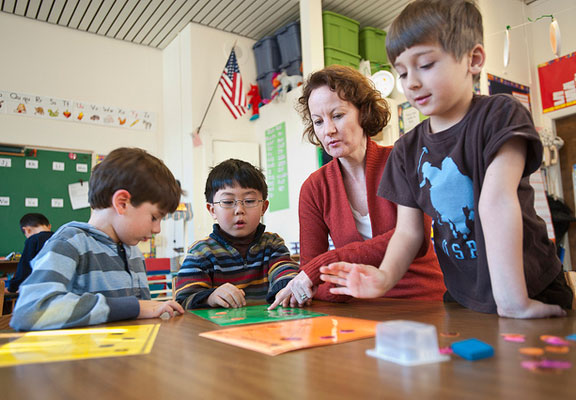 Many grade school teachers enter the occupation believing it fits well with raising their own children. For one woman, who didn’t bank on being a single parent, the salary–particularly in West Virginia–isn’t enough. Grandparents are needed.

BARBOURSVILLE, W.V. (WOMENSENEWS)–As she walked into the local elementary school around 7:30 a.m., the 37-year-old third-grade teacher had her hands full with bags and a coffee thermos.

“No, I can do it,” she said, declining a hand with the coffee.

It was almost the last day of school and the kids were antsy and talkative, excited about summer vacation. “Camera . . . Lights . . . Read!” said one of the few posters that hadn’t yet been taken down.

Sarah Thurman–a pseudonym to protect her privacy–wore a T-shirt with thick peach and tan stripes, comfortably loose khakis and flip-flops. Perfectly polished toenails–in hot pink lacquer–were a souvenir from the weekend. “I got a manicure with my friend on Saturday,” she said, a brief respite from now constant demands of motherhood.

Thurman will spend the summer caring for her sons Ben, 9, and Patrick, 7. Her husband, who struggles with a psychological disorder and addiction, had been living with the family for the past year so the couple could work on their marriage and family. But a few weeks ago, she said, his mental health deteriorated and he left to live with his father.

While his departure didn’t directly lower the family income–he did not work–she no longer had a partner to help with child care duties.

Although she’d always provided primary caretaking, suddenly Thurman was truly a single mom. Earlier in her life, she’d imagined her income would supplement that of her husband’s, not carry the whole family. But that’s not how it turned out.

Her own mother didn’t work outside the home and she said her life as a breadwinner “is extreme for my family.”

In lieu of income from her husband, Thurman gets financial help from her parents and her husband’s father, a retired physician. One grandfather has created college funds for her children, but she’s not telling the boys about it.

Thurman, who has worked for pay since she was 15, worries that they won’t strive in school if they assume scholarships aren’t necessary. That fear stems from her husband, who she said never earned his own way.

“If I were doing this on my own, they’d be on free or reduced lunch,” she said.

A three-person household must earn less than $34,281 in the 2011-2012 school year to qualify for reduced-price school lunches, according to national guidelines provided by the West Virginia Office of Children.

After working in the county for five years, Thurman makes about $35,000 annually and tops that threshold. But if her husband were counted, the family would fall well short of the $41,348 threshold for a four-person household.

She is one class short of her master’s degree, but she stopped a few years ago, when her husband left for the first time. She plans to finish her degree, but academics are time-consuming, she said, and it’s hard “to tell the kids you don’t have time for them.”

Teaching, especially in elementary school, has long been seen as women’s work, requiring caretaking and nurturing–one reason so few men become elementary teachers, according to MenTeach, a Minneapolis-based advocacy group.

A male maintenance worker at the school offered his view on the prevalence of women in the classrooms. “Women are better with kids. More patient,” he said.

The only male teachers in Thurman’s elementary school of about 700 students are in the gym, teaching physical education. There’s also a male teacher’s aide.

The school principal is also male. As the school day began, his voice boomed over the loudspeaker with a cheerful “Good morning, in the year of our Lord 2012,” pronounced in a classic West Virginia drawl.

Among all 50 states and the District of Columbia, West Virginia ranks 46th in mean annual elementary teacher pay at around $43,000, according to May 2011 data from the Bureau of Labor Statistics. Nationally, the mean annual elementary teacher pay is just above $55,000, which is how much one would make in West Virginia with a master’s degree and 35 years of teaching experience, according to the state salary schedule.

Judy Hale, president of the state’s affiliate of the American Federation of Teachers, said substantial pay improvements were made in the early 1990s. After a teacher’s strike, the governor at the time, Gaston Caperton, issued a multi-year raise and the state went from 49th in teacher pay to 32nd. “Since he left office, we have lost ground,” she said.

In 2001, President George W. Bush championed the No Child Left Behind Act as a way to improve public education by increasing standardized testing and raising school accountability by punishing low achievement. Since then, Thurman said integration of students with behavioral disorders has become more common, which can require unpaid hours of extra planning each week, along with more parent meetings.

In 2011, the state legislature issued about a $1,500 pay increase across the board, but that doesn’t come close to closing the gap with higher-paying border states Maryland, Pennsylvania, Virginia, Ohio and Kentucky.

Both Hale and Dale Lee, president of the West Virginia Teachers Association, said higher salaries are luring educators across the state line.

Hale said benefits used to be a “saving grace,” but the state has eliminated retiree health benefit subsidies, which covered 70 percent of premiums for retired workers. Those cutbacks “are a real deterrent in this day and age” to becoming a teacher, Hale said.

While she will say that teachers are “way underappreciated and way underpaid” when directly asked, she doesn’t dwell on that. “In today’s economy, I have a secure, steady job.”

When teaching, Thurman seemed happy. Her face lit up with laughter after a few of her students said she danced funny, although she said she did not often dance in class.

But household costs are never far from Thurman’s mind.

In the past year she’s hired a babysitter only three times. To save on the costly expense, she and a few female friends around the neighborhood trade off watching each other’s children.

And last fall the family took in a stray cat. The next day, she and her boys returned from school to find it “half dead.” About $280 later, the cat’s life was saved. Thurman said she didn’t know what she would have done if her kids hadn’t been anxiously watching her every move.

Like many teachers, Thurman has chosen a field where the schedule works well with having children. In her case, her children attend the same school where she works.

That evening, after the school day was over, Thurman went to a son’s baseball practice and set up a foldout chair on a grassy field.

With Ben in the field at practice and Patrick beside her, sipping on Mountain Dew and impatient for his own game to start, she checked her email and made a call. This, she said, is her time to do personal things.

Would you like to Send Along a Link of This Story?
https://womensenewsp.wpengine.com/2012/06/between-school-and-home-teacher-always-duty/ 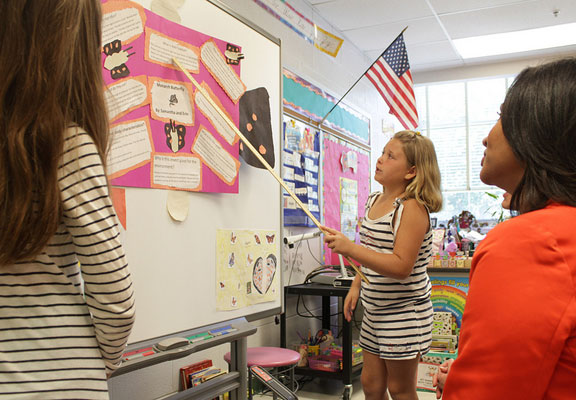 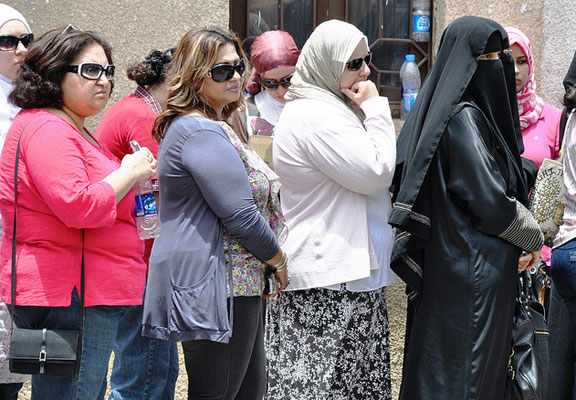