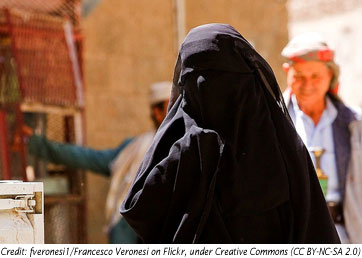 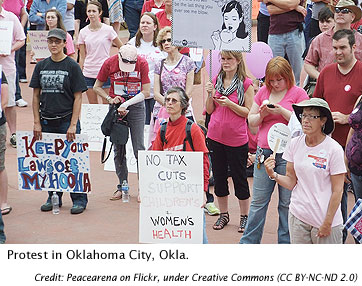 The Oklahoma Supreme Court halted an effort to grant “personhood” rights to human embryos, saying the measure is unconstitutional, CBS News reported May 1. The state’s highest court ruled unanimously that a proposed amendment to the Oklahoma Constitution that would define a fertilized human egg as a person violates a 1992 U.S. Supreme Court decision involving a Pennsylvania case and “is clearly unconstitutional.”

Supporters of the personhood amendment are trying to gather enough signatures to put it before Oklahoma voters on the November ballot. Opponents contend the measure would ban abortions without exception and interfere with a woman’s right to use certain forms of contraception and medical procedures, such as in vitro fertilization.

Meanwhile in Minnesota, Gov. Mark Dayton, a Democrat, vetoed the second anti-abortion bill brought to him in recent weeks, reported Ms. Magazine May 1.

Al-Qaida militants in Yemen are now said to be targeting unveiled women by harassing them and, at least in one instance, physically abusing them as the militants try to enforce the full-face veil, according to local residents, the Egyptian news website Bikya Masr reported April 29. Several girls were sprayed with acid on their face for refusing to bow to the demands of the extremists.

Although the Quran only specifies that a woman should cover her hair, neck and ears, some choose to understand this somewhat differently, arguing that since the wives of the prophet were covered, so should all Muslim women, the article reported. 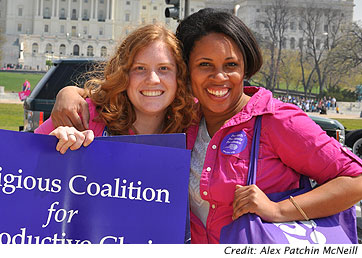 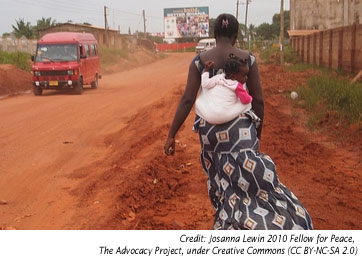