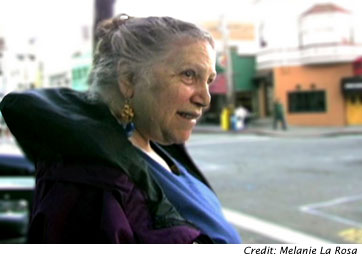 When the director started making a film about unsung female Beat poet Diane di Prima, she was cautioned against showing too many poetry readings. “It wouldn’t be visual enough. It would be boring.” But the clips were too electrifying to resist.

(WOMENSENEWS)– When was the last time a book started a social movement?

In the 1950s, well-known Beat writers such as Allen Ginsburg and William Burroughs   upended the literary world, publishing poetry and prose with titles such as “Howl” and “Naked Lunch” that ended them up in court or were published abroad to escape U.S. obscenity laws. Their words started a literary tide that rippled out into broader social movements.

Regarded as a handful of macho male renegades, the Beats also had groundbreaking women. But they were shockingly short on historical recognition.

I recently finished directing a film, “The Poetry Deal: A Film With Diane di Prima,” on the most famous female writer of the Beats.

Diane di Prima committed herself to life as a poet in high school and has produced more than 40 books of poetry and prose. In 2009, she was named Poet Laureate of San Francisco, where she lives.

When I talk about the film, most people say they did not know there were women among the Beat writers. Neither did I, until I found di Prima’s 2001 memoir, “Recollections of My Life as a Woman,” while browsing in a library one day. Floored, I wondered why I had never heard her story before. I started to look for a way to meet her, to propose making a film.

The Beat writers’ style and choice of subject got them banned and rejected by major publishers. They responded by creating their own venues and presses.  In 1961, di Prima started the journal “The Floating Bear,” which she ran with Amiri Baraka (then LeRoi Jones) for many years. It forged ties among writers around the nation and world. She also began poetry presses that published her own work and that of Audre Lorde, Barbara Guest, David Henderson and others.

At a reading at the Rubin Museum of Art in 2003 in New York, I finally met di Prima. We started talking, and eventually she agreed to let me make a film about her.

It was rough going at first. The excitement of di Prima’s early years was difficult to recreate on screen. When I interviewed her friends and fellow writers, I was asking about things that happened approximately 50 years earlier. I found myself in an awkward effort to dig through understandably fuzzy memories.

No such problem arose when I spoke to di Prima herself.  Here’s how she answered the question of when she decided to become a poet: “When I was 14 I knew…I’m not saying I aspired to be a poet. I felt on the same eye-to-eye level with Keats who I’d been reading for years.” This was the person I wanted to show.

Di Prima and the other Beat writers deliberately challenged literary conventions. In making this film I found I had to do the same in my medium.

When I began this project, a film professor told me that a story about a poet could not just offer poetry readings, because it would be boring and not visual. I attempted to follow this well-intended conventional wisdom.

I turned back to di Prima’s poetry readings recorded from the 1970s onward. They captured an electric quality in the eyes and body language. These readings had the pulse and drive I had been seeking.

New work-in-progress screenings ensued with better results. One skeptical writer friend said “I’ve never read poetry in my life, and that makes me want to go read it.” Following the lead of di Prima and the other Beat writers, I used what was most real. It worked.

“The Poetry Deal: a Film with Diane di Prima” is an homage with rare intimate interviews; a behind-the-scenes glimpse into the poet’s life and work.

It also offers a reminder of the power of the written word to change minds and lives. An anarchist who wrote on everything from anti-war and pro-environment movements to her personal life, di Prima broke rules with the boys, and created new literary forms. She was–and is–a poetry badass.

Would you like to Send Along a Link of This Story?
https://womensenewsp.wpengine.com/story/arts/120412/i-broke-filmmaking-rules-capture-anarchist-poet

Melanie La Rosa is an award-winning filmmaker and educator whose work has been screened and broadcast internationally, is in national distribution, and has been funded by several arts councils and foundations. She currently teaches in the Department of Film and Media Studies at Hunter College, CUNY, and holds an MFA from Temple University and a BA from the University of Michigan.

The Poetry Deal: a Film With Diane di Prima is available through the 2012 Women Make Movies collection. A trailer and more about the film are at www.dianediprimadocumentary.com. 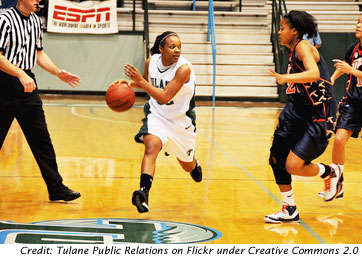