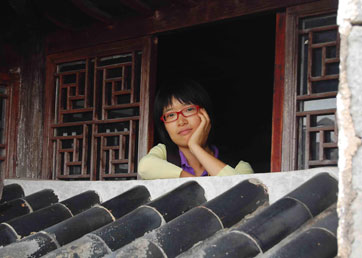 China Needs to Spare the Rod in Childrearing

Girls are raised to be obedient and the Chinese ideogram for “educate” shows a child being beaten with a stick. Juan Wu says the traditional mistreatment of children is where the work against domestic violence begins.

ZHONGSHAN, China (WOMENSENEWS) — An American woman named Kim Lee made news in China last year by going public about the beatings she’d endured from her husband.

On her own Weibo, a Chinese social media site, she posted pictures of her injuries.

The incident caused a media uproar and directed a huge amount of criticism against her husband Li Yang, founder of China’s Crazy English, a well-known English training institute located in Guanghzhou.

By daring to break the taboo of talking about marital strife, Kim Lee gave Chinese people a chance to consider this one couple’s problems in the terms of all our households. This example gives us a chance to reflect, in particular, on the way we discipline our children.

We need to also think about how our traditional beliefs about what is proper male-female behavior can lead to what Kim Lee has described.

The word “educate” is written as

in Chinese. This ideogram shows a child being beaten on the head with a stick. It is indicated by the cartoon-style “X” which symbolizes the striking of the child.

Nothing could make more obvious the traditional approval of corporal punishment as a means of effective education. In modern China this same sentiment is expressed by the popular Chinese saying, “Blows make an obedient son.”

“Obedience” is another key word in Chinese family education, especially as it applies to girls, who are encouraged to be quiet and obedient instead of asking questions and challenging authority. This kind of culture raises many silent victims.

Another survey, published in 2012 by a social work institute in Shenzhen, found that “88 percent of female victims will not ask for help after the first violence. They only ask for help when the violence [reaches] beyond their tolerance.”

The intertwined problems of beating male children and inculcating women with the idea of obedient silence all came together in the story of Kim Lee, a U.S. citizen who married a Chinese man. In 2005, they registered their union in Nevada and then again in China in 2010, according to press reports.

According to press reports, Li Yang spent his babyhood and toddler years in the care of his maternal grandmother.

But when he was 4 years old, she sent him back to his parents, who often quarreled. His childhood, it might be presumed, cast a shadow over his ideas of what marriage was all about.

Li Yang reportedly thought he was a victim too. In one newspaper interview he said his wife, Kim, was partly responsible for the violence because she drove him to anger.

“Others fight everyday,” he said in the interview. “Dad beats Mum, Mum beats Dad, and parents beat children. Don’t take the ‘beating’ as a big deal.”

Unfortunately, Li Yang was speaking the truth about China.

But he was false in saying domestic violence is not a big deal.

Li Yang himself is an example of a life warped by domestic violence.

Children of embattled parents can assume that “violence is the behavior of love,” Jialun Li of the Institute of Family Education at National Chiayi University has written.

It is time we corrected this misperception of victims like Li Yang.

If children were treated more gently and fairly in Chinese families, Li Yang would see that domestic violence is “a big deal” and more women like his wife would stand up and speak out when experiencing family violence.

Would you like to Send Along a Link of This Story?
https://womensenewsp.wpengine.com/story/domestic-violence/120411/china-needs-spare-the-rod-in-childrearing

Juan Wu wrote this essay for Voices of Our Future a program of World Pulse that provides rigorous new-media and citizen-journalism training for grassroots female leaders. World Pulse lifts and unites the voices of women from some of the most unheard regions of the world. 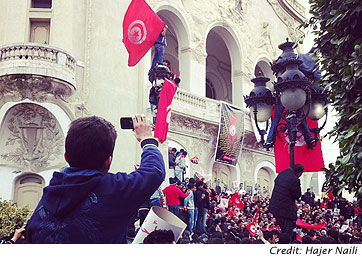