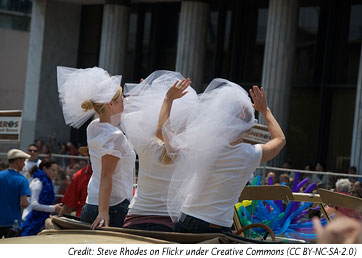 In the anthology, “Here Come the Brides! Reflections on Lesbian Love And Marriage,” co-editors Audrey Bilger and Michele Kort offer an array of intimate insights. In this excerpt, performer Holly Hughes finds it’s easier to get married on Facebook.

(WOMENSENEWS)–We’ve talked about doing it. Getting married. Or whatever you want to call it. More than once during the past 16 years we’ve said, "Let’s do it." But we quickly get tripped up by a tangle of competing desires, deeply rooted fears. We can’t get past what to wear. That’s always the first question that comes up, before what kind of ceremony we’ll have, where we’ll do it, who will be there. Before we think what the whole thing means there’s the question of what to wear. Which does not take the form of a question; it takes the form of a statement by Esther: "I’m not wearing a suit."

She says she’s butch, she’s not a man, an announcement that feels well rehearsed, like she’s said it a thousand times before, and perhaps she has, but not to me. She is drawing a bright line dividing the category butch from that of man, and I am wondering, who in the hell is this person? What happened to the person I met 16 years ago, the one whose every gesture seemed designed to blur the roles of man and woman, to write her own story called butch on top of, around, over, and beyond the old myths? Why is she going back and redrawing the lines in black ink? Where is the person who ended the first date by telling me, "I have a truck. Next time, maybe you’d like a ride"?

She’d dress up a little, but basically she wants to be comfortable. I think that part of the point is being a bit uncomfortable. Making a public commitment after all this time isn’t as risky as it might have been earlier on, but it’s still a leap of some sort. It shouldn’t look like every other day of your life. It shouldn’t look like it happened on the way to the Agway; you shouldn’t wear brown corduroy. I don’t know what I will wear, but you can bet two things: It won’t be white and it won’t go with brown corduroy.

I joke that we could have separate but adjacent weddings. I guess it’s a joke.

I marry Esther quickly, secretly, when she isn’t looking. When she is sitting in her office, in her comfortable clothes. Facebook makes it easy: There are only two choices that come close to fitting: "married" or "it’s complicated." I flirt with the latter when I create my account. But then I decide it isn’t, not really. It’s not that complicated. Not today. We’re married.

People notice. My Facebook friends chime in with "When did you get married?" With jokes edged with a bitter shine: You can’t get married. But it’s a public space, Facebook; we have had a public ceremony of sorts. In other places and times that was enough. You didn’t need to have more of a ceremony; all that was required was that some man said: "I’m married." I’m that man.

I don’t tell her. She finds out later. Shouldn’t we have talked about this? I used her name. I’m Borat, tossing a bag over Pamela Anderson with a muttered "Consent not necessary."

But I say we have talked about it; we agreed. We just haven’t done anything about it. I didn’t feel like I was making a claim, I was stating a fact. Married happened to us, like the rain, overnight; we woke up and there were puddles everywhere. I’m just reporting on what happened. But I don’t look at her when I say this. Marrying someone when they are not looking is not the same as deciding to take the garbage out even though it’s her turn.

I do not say, "I’m married to you whether you know it or not." But I do say, "You can decide what you want to say on Facebook. You don’t have to say you’re married. It’s complicated."

Holly Hughes is a writer and performer. Her books include "Clit Notes," "O Solo Homo: The New Queer Performance" (co-edited with David Roman), and the forthcoming "Memories of the Revolution" (co-edited with Carmelita Tropicana). A 2010–2011 Guggenheim Fellow, Hughes is a professor at the University of Michigan. 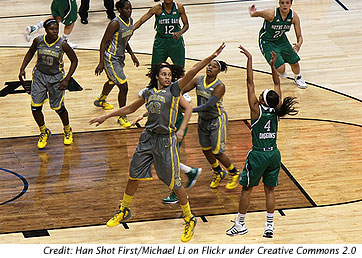 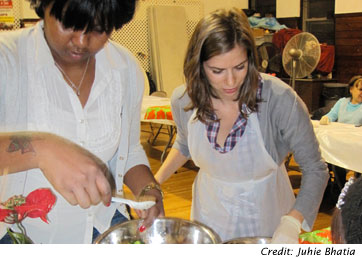