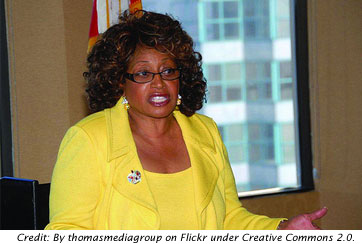 What could happen in 10 years if women who lead PACs and nonprofits on both sides of the political aisle pull together to boost the number of women in higher office? That’s the question of the well-financed Political Parity Project.

A bill she signed into law ensures that same-sex couples face serious barriers to adopting children, and she is a vocal opponent of the Affordable Care Act. A Texas-like bill that would defund Planned Parenthood in her state passed in the House and is working its way through Senate committees. Brewer, no friend to the organization, signed off on an end to tax credits for the nonprofit in 2011.

But when a recent bill would have allowed employers to drop contraception coverage, it was pulled from the state Senate amid Brewer’s concerns that women would have to disclose private information to employers. On March 28, even when the language was altered, the whole bill was defeated in the state Senate, although it has been approved for a re-vote.

It’s not to say that Brewer is an advocate for employers covering birth control; she will not say whether she would sign the changed bill, according to the Yuma Sun. But could her concern about women’s medical privacy bolster the argument that increasing the number of women in elected office–regardless of political affiliation–adds to a women-friendly zeitgeist?

It’s a question that’s hard to answer because so few women occupy high political office in general and in state government in particular.

The Political Parity Project, formed in 2009, is trying to change that. In January, the initiative announced its determination to double the number of women in Congress and governorships by 2022. That long-range effort is starting now with a media-awareness campaign called "Name It. Change It," calling out media sexism from whichever political side–left or right–it might appear.

Swanee Hunt, who heads the Hunt Alternatives Fund in Cambridge, Mass., has pledged $750,000 annually for Political Parity for the next 10 years.

Political Parity functions as a meta-group among women’s organizations. It brings 51 major leaders of national women’s and feminist groups–heads of PACs, foundations and nonprofits" to mingle and strategize on a quarterly basis.

Siobhan "Sam" Bennett, president and CEO of the Women’s Campaign Fund in Washington, D.C., is on this leadership team. "Ten years gives us enough time with all of us focusing on that increase" to reach that goal, she said in an e-mail.

To Review the Numbers

Even if the project succeeds at doubling the numbers, it won’t achieve actual parity, given the current low numbers of women in higher office.

Women’s 17 percent of U.S. Congress, meanwhile, means that the United States trails globally in terms of female federal legislators, behind 94 countries including Rwanda, Sweden, Cuba, Argentina and Nepal, as of the end of 2011, according to the Inter-Parliamentary Union.

The project’s opening move on media is founded on a 2010 study that found media mistreatment hurt voters’ view of candidates.

To address that, the project nameitchangeit.org encourages annoyed readers, viewers or listeners to report whether news coverage lingered too long on a female candidate’s hemline, or if a female politician’s tough attitude is portrayed as unbecoming. The project sends e-mail alerts to those who sign up and tracks incidents on its blog.

Recently, it lambasted an online poll that trivialized Rep. Corrine Brown’s (D-Fla.) by asking readers to weigh in on Brown’s hair; whether they thought it was real or perhaps "a wig that got raped by a weed whacker."

On March 26, the project published a guide for media organizations on how to ensure that their coverage of female candidates is gender neutral.

"This will lay the ground work for minimized sexist attacks on women candidates in 2012."

"Name It. Change It" was produced by the Women’s Campaign Fund of Washington, D.C., in collaboration with the Women’s Media Center, based in New York, and funded by the Embrey Family Foundation of Dallas.

Political Parity is also working on other political research, including case studies on states that have a "critical mass" of elected women.

The group’s new push emerges during a hail storm of anti-choice bills, with 69 of them passed into law in 2011, twice as many as in 2010, according to NARAL Pro-Choice America.

Organizers avoid partisan issues such as reproductive rights, however, in favor of a single-minded focus on electing more women, whether that means a Republican such as Arizona’s Brewer or a Democrat such as Sen. Barbara Boxer (D-Calif.).

"With more women involved in the process, we can open back up the door to conversations across the table and eliminate the polarization and extremism that has arisen and grown over the past decade," Lauren Embrey, president and CEO of the Embrey Family Foundation, said in an e-mail.

That bipartisan goal is evident in the "leadership team" line-up, which groups women such as Sam Bennett with Janice Crouse, a senior fellow at Concerned Women for America, which has the goal of bringing "Biblical principles into all levels of public policy."

Political Parity is "non value-based with a purpose," said Bennett in a phone interview. "If we simply elect more women, research shows that the issues that we all care about are automatically taken care of."

Both conservative and liberal women, for instance, are more likely to vote in favor of environmentally-friendly legislation, according to a 2011 report commissioned by Rachel’s Network, an environmental organization in Washington, D.C.

Many of these women already lead groups working to elect more women. The Women’s Campaign Fund, created in 1974, works to elect women who support reproductive rights. Tiffany Dulu is president of The White House Project, in Brooklyn, N.Y., founded in 1998 to increase women in leadership positions in the corporate and government sectors. Amy Dacey is the executive director of EMILY’s List, in Washington, D.C., which has financially supported female Democratic candidates since 1985.

Yet despite this work, only incremental gains have been made in recent decades. In 1993, 10 percent of legislators in Congress were women. Now it’s just 17 percent, an advance of just 7 percentage points in almost 20 years.

Tracey Hyams, executive director of Political Parity, emphasized that the initiative has a major research arm: "As a foundation and as slightly outside the political world, [we want to] put data behind the field" in order to help these efforts. She said that the project’s first role is to give the leaders the "strategic thinking space and room to collaborate."

Would you like to Send Along a Link of This Story?
https://womensenewsp.wpengine.com/story/the-nation/120402/bipartisan-women-start-election-year-sexism-watch 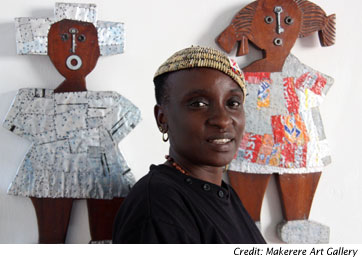 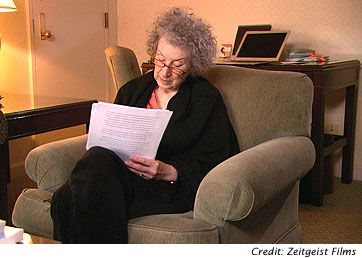