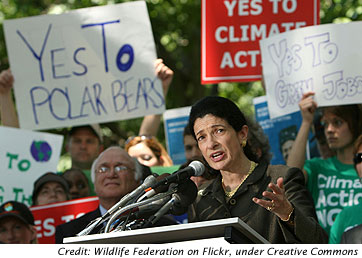 Olympia Snowe is bailing from her lonely GOP outpost and Republicans are trying to limit reproductive rights every which way they can. But Rita Henley Jensen is still mighty optimistic about women’s prospects in November.

(WOMENSENEWS)–It’s the GOP’s Super Tuesday today but last week’s news that Olympia Snowe was bowing out of the Senate shows how un-super the Republican Party has become for a moderate woman like her.

And therein lies the source of my optimism about what will happen in November. The push-back movement is underway and growing.

Snowe, one of two pro-choice Republican senators, seems like a relic from an entirely different time in her party. She has been a reliably pro-woman voice in the national Republican Party for 34 years; 40 years if you toss in the years she spent in the Maine legislature.

Two days after she announced she would not run again she was the sole Republican to vote against the Blunt amendment. Defeated in a 51-48 vote, it would have permitted any employer to refuse to provide insurance for contraceptive or other health care based on "moral objections."

Her decision comes on the heels of major supporters of the Republican presidential candidates demonstrating enormous contempt for women’s health.

"Conservative" talk radio host Rush Limbaugh made repeated attacks on a Georgetown law school student last week, calling her a "slut," and a "prostitute," among a host of similar insults. When his advertisers began bailing, Limbaugh issued a statement over the weekend that he described as an apology and on Monday insisted he was sincere.

The advertisers used strong language on their way out. Not so for the candidates. Mitt Romney, often described as the most moderate in the pack, said Limbaugh’s rant against Sandra Fluke did not include "the language I would have used." Ron Paul, Rick Santorum and Newt Gingrich were even more tepid.

And Foster Friess, a key backer of Rick Santorum, got nostalgic during a mid-February national televised interview for the days when "they used Bayer Aspirin for contraceptives. The gals put it between their knees and it wasn’t that costly." Santorum wrote it off as a joke.

Another Republican woman in the Senate, Kay Bailey Hutchison, has also decided to retire this year.

Thus, two out of a total of five Republican women and two out of the 17 female members of the 100-member club have called it quits. In the House, 17 percent of 435 members are female. Only 23 of those 78 women are Republican. For a global perspective on all this: The United States ranks 71st in the world for percentage of women in office.

For anyone keeping an anxious eye on the current religiously inspired attack on women’s secular rights, Snowe’s resignation could be considered harsh blow.

When I think of the upcoming election, I–like most Americans–worry about the economy and jobs.

For me, add the avalanche of anti-choice, anti-contraception legislative proposals.

Bills giving fertilized human eggs personhood status are popping up all over. True even though Mississippi voters nixed the idea in November. Other state legislatures are entertaining bills requiring pregnant women seeking abortions to submit to an invasive sonogram. True, despite the public uproar about a Virginia version of the bill. In the past year, 92 laws have been passed by the states to interfere with women’s reproductive health decisions.

Now, Texas, is preparing to eliminate its state-run Women’s Health Program. It provides reproductive-health care for more than 130,000 poor women annually who don’t meet Texas’s Medicaid eligibility requirements. Because federal law won’t permit Texas to bar Planned Parenthood (or any other qualified provider) from the program, the state is ready to cut it, refusing $35 million from Washington.

But to each new insult, joke and legislative attack, I say "bring it on." Each one is feeding the huge countervailing wave of take-back, push-back energy and at this point–despite everything I have just said–I am actually feeling surprisingly optimistic about the fall elections.

I am not talking about the presidential race, but the all important battle for congressional seats and shooing away from power the anti-women bloc.

Data crunched by Deborah Walsh, director of the Center for American Women and Politics at Rutgers University in New Brunswick, N.J., suggests this year could be a second "year of the woman," Walsh said at January’s launch in the nation’s capital of the Political Parity Project, a coalition of 51 women’s organizations dedicated to doubling the number of women at the highest levels of U.S. government.

"This presidential election year is the first time in a generation, that women have an opportunity to gain a large number of congressional seats," Walsh said.

Walsh cited three factors: redistricting and retirements have left have left 50 open seats, the kind of races that are easier for newcomers to win and at least 63 women have filed or have indicated they will file to run in these races with filing deadlines in 36 states still to come.

Remember What Happened in 1992

The previous "year of the woman" was in 1992, when Anita Hill gave Senate testimony about sexual harassment by Clarence Thomas, a then-nominee for the U.S. Supreme Court. He got the job, but the hearings, and the Senate’s refusal to believe Hill, spurred female voters and propelled 24 women into House seats, the largest number elected in any single election. In the Senate, four women won, tripling those female ranks.

Other coalitions join the Parity Project in pushing for a Congress that is more female and female friendly.

HERVotes represents at least 50 groups focused on women’s health and economic well-being. Members include the Feminist Majority Foundation in Arlington,Va.; the National Council of Negro Women in Washington and MomsRising.org, an online group with contact phone numbers in Washington, D.C.

In Philadelphia, Lynn Yeakel, director of Drexel University College of Medicine’s Institute for Women’s Health and Leadership, is convening national congresses of women focused on equal opportunity and respect for women and girls in all aspects of life.

Shortly after Snowe’s announcement, MoveOn.org began to organize support for Maine’s Democrat Congresswoman Chellie Pingree to replace her in the Senate.

The e-mailed announcement read: "2012 can truly can be the year of the strong progressive woman" and pointed out that if Pingree decides to run, she would be joining Elizabeth Warren (the Massachusetts champion of consumer protection from banks) and Tammy Baldwin (the first open lesbian to run for the Senate).

One way or another; I am totally convinced that women will be heard nationwide in November.

Would you like to Send Along a Link of This Story?
https://womensenewsp.wpengine.com/story/campaign-trail/120305/sounds-crazy-could-be-year-the-woman

Rita Henley Jensen is a prize-winning reporter who founded Women’s eNews in 2000.

2 responses to “Sounds Crazy, But This Could Be Year of the Woman” 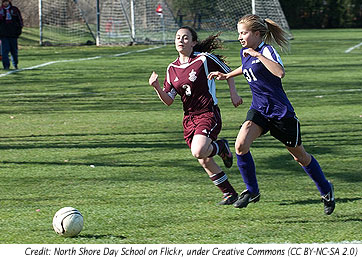 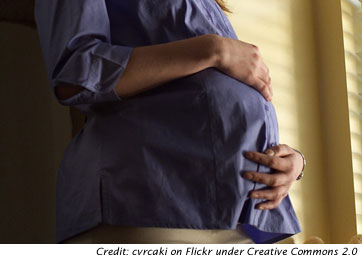