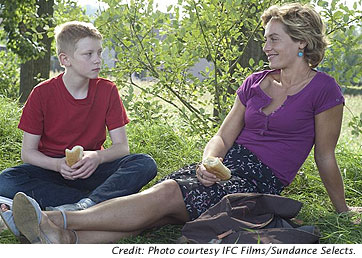 March brings a solid parade of female-directed and woman-centered films, from romances to family dramas to the high-octane thriller ‘Silent House.’ For serial escape, see them all.

(WOMENSENEWS)-If you escape to the movies only once during March, make "The Kid With a Bike," Grand Jury Prize winner at Cannes Film Festival, your trip. Opening on March 16, it stars Cecile de France as a kind woman who decides to help a troubled kid (Thomas Doret) who’s been abandoned by his father, whom he adores. This "kindness of strangers" story and the film’s superb performances grab your heart and never let go. In French, with English subtitles.

Another big winner is "The Ballad of Genesis and Lady Jaye," opening March 9. Here, filmmaker Marie Losier documents the life and work of innovative music maker and performer Genesis P-Orridge (nee Neil Andrew Megson) as he transforms himself through plastic surgeries to resemble Lady Jaye (nee Jacqueline Breyer), the love of his life. You’ll have to decide for yourself whether this is the ultimate expression of love and an ongoing piece of performance art or an alarmingly egocentric disregard for both love and art. Either way, the film delivers interesting real-life drama about two creative people intent upon escaping one reality for another.

Opening March 14, Corinna Belz’s compelling and beautifully realized documentary, "Gerhard Richter Painting," is another fascinating study about artistic process. Richter, who is notoriously shy of cameras and interviews, welcomes Belz into his painter’s studio where he approaches one canvas after another with apparent abandon, yet after five decades of painting still struggles to achieve compositions he finds acceptable.

Also highly recommended: Ludi Boeken’s "Saviors In The Night." This stirring truth-based film puts holocaust survivor Marga Spiegel’s published memoirs on the screen. Spiegel, her husband and young daughter were hidden for 30 months by righteous and courageous Westphalian farmers, who saved the family from deportation to extermination camps. Marga Spiegel now lives in Muenster, and will be 100 years old in June.

The month also brings something truly special for scare-seekers. "Silent House," written and co-directed by Laura Lau (with Chris Kentis, her husband), delivers terror aplenty as Sarah (Elizabeth Olsen) is mysteriously sealed inside her family’s isolated lakeside house, where she experiences ominous events that unravel her sense of reality. The film is presented as one continuous shot, so you take Sarah’s journey with her, in real time. It’s an unusual and well-realized marker in the horror genre.

On March 30, "Dark Tide" is a femme-centric psychological action thriller that has Halle Berry as a shark expert whose failing business forces her to face her fears in Shark Alley. It’s a shallow set up, but the underwater photography is stunning and Berry confidently works the script co-written by Amy Sorlie.

March 23 brings Susan Seidelman’s "Musical Chairs," about a romance-tinged ballroom dancing partnership between Bronx odd-jobber Armando (E.J. Bonilla) and Manhattan socialite Mia, both of whom live to perfect their competitive moves. When an accident puts Mia into a wheelchair, Armando steps up to help her adjust, and trains her to return to center stage — in a wheelchair ballroom competition. Intentionally inspirational, and as such, it works.

"October Baby" is also about a young woman who suddenly faces disability and uncertainty. After collapsing as she’s about to make her stage debut, college student Hannah (Rachel Hendrix) has medical tests that attribute her health problems to a difficult birth. She was, as she finds out, actually the abandoned survivor of a botched abortion who was adopted by the only family she’s ever known. The hard-to-handle facts about her origins spur Hannah on a journey to uncover her past, and figure out her future. There’s no overt preaching in this "faith-based" gritty drama, but the underlying theme is anti-choice.

As for love stories, here we go. From France, "Delicacy" stars Audrey Tautou as Nathalie, a successful Parisian business woman whose thoroughly happy life falls apart when her husband dies suddenly, and she goes into complete emotional retreat — until she takes an unlikely romantic interest in a bumbling subordinate she notices at work. This very sweet film guts preconceptions about who falls in love with whom, and why.

"Friends With Kids," opening March 9, hits the romantic funny bone and tops a trio of romcoms. This quirky film, written and directed by Jennifer Westfeldt, is about best friends, Julie (played by Westfeldt) and Jason (Adam Scott), who decide, noncommittally, to have a baby together. The ins and outs of their non-marriage get measured against the ups and downs of two married couples. Plenty of entertaining plot reversals and the dialog is funny, fresh and convincing.

"The Decoy Bride," another romcom, is directed by Sheree Folkson, with a screenplay co-written by Sally Phillips. The title gives away a lot of the plot but it’s worth a watch for other reasons: some hilarious twists, a bevy of endearing characters, the exhilarating Highlands setting, and charming Scottish accents. It’s fun from start to finish. Opens March 9.

"Attenberg," Athina Rachel Tsangari’s first feature, is the odd coming of age story of Marina (beautifully played by Ariane Lebed), a 23-year-old Greek trying to figure out what she will do when she’s released from the responsibilities of caring for her terminally ill father. The film is quirky and at times quite moving, it’s marred by a weak overall structure and self-consciously artsy approach.

Would you like to Send Along a Link of This Story?
https://womensenewsp.wpengine.com/story/arts/120301/kid-bike-leads-the-march-movie-lineup 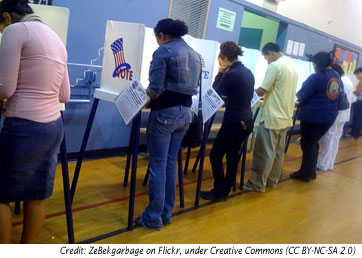 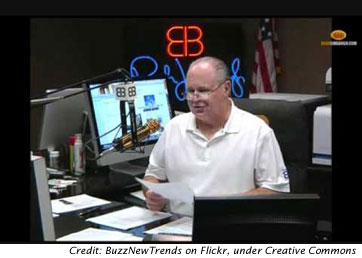