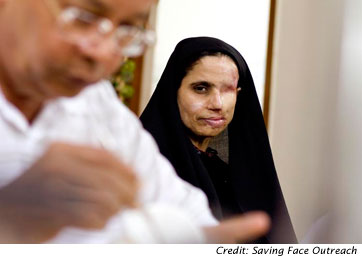 Film ‘Saving Face’ Too Dangerous to Show in Pakistan

The co-director of the Oscar-winning documentary film talks about ongoing efforts on behalf of acid-attack victims. The movie still hasn’t been shown in Pakistan, but directors are working on public-service ads for the country.

NEW YORK (WOMENSENEWS)–Sharmeen Obaid-Chinoy, co-director of "Saving Face," the Oscar-winning documentary about acid attacks against women in Pakistan and their fight for justice, isn’t done with this subject.

At a recent screening of the film she called for the retrial of old acid-throwing cases under new laws in Pakistan that criminalize them. She also urged the authorities to take stringent actions against acid throwers and regulate the sale of acid in the country.

The documentary, which focused only on women in Pakistan, was premiered March 8 on HBO for the U.S. audience. The film has yet to be been shown publically in Pakistan out of fear of reprisal against women in the film for being seen as damaging the reputations of their attackers and perhaps even their communities.

"We hope that we can show it," Obaid-Chinoy said in an interview following the screening held at the Asia Society of New York.  "But it is going to take a while before that happens because we have to make sure that the women are safe."

"Saving Face" chronicles the lives of acid-attack survivors Zakia and Rukhsana as they attempt to bring their assailants to justice and move on with their lives. In their journey against cultural barbarism, these disfigured women are supported by Dr. Mohammad Jawad, a U.K.-based plastic surgeon who returns to his homeland to reconstruct their faces.

Obaid-Chinoy said although the women’s last names were withheld in the film, reporters tracked down Rukhsana on the heels of the Oscar. Rukhsana rose to the occasion and embraced the role of unofficial spokesperson for other acid-attack victims, she added.

A Movie With a Mission

Obaid-Chinoy said she hopes the surprise Oscar will assist the film’s mission of giving a voice to Pakistani women abused by their husbands, in-laws and sometimes vengeful suitors. Victims often are attacked for refusing proposals of love, sex or marriage.

Every year in Pakistan around 150 women report being disfigured by acid attacks, according to the Acid Survivors Foundation. Many more are said to go unreported.

Victims often lack access to proper medical care. Those who do find medical attention may require up to 20 surgeries. Even with this level of assistance, they still will be missing the faces they once had.

In December 2011, during the filming of the movie, Pakistan’sparliament passed a bill that set a minimum mandatory prison term of 14 years to life for acid attacks.

That doesn’t satisfy Terry Morrison, adviser to the board of trustees of the London-based Acid Survivors Trust International.

Morrison wants the law to pay more attention to specific aspects of this crime. "It doesn’t address the need to control the sale of acid or it doesn’t touch on issues that deal with perpetration of acid attacks," she said.

Acid Survivors Trust International estimates that 1,500 acid attacks are committed globally each year, 80 percent of victims are female and attackers are commonly male. An exception is Cambodia, where women attack other women as often as men do.

Obaid-Chinoy and her co-director Daniel Junge (he is also a producer) have been working with the international group based in Islamabad on an anti-acid violence outreach campaign.

Obaid-Chinoy has directed two public-service TV ads intended for broadcast in her  home country.  "Now, we are waiting to launch our outreach program in Pakistan, which includes radio, TV and public service broadcasts. Schools, associations, NGOs, mosques and some policymakers also will be contributing," she said.

A Pakistani, Obaid-Chinoy said she has never been subjected to gender discrimination. "I knew about it, but I had never researched it because I live in Karachi and most of these attacks take place in Punjab and in the Seraiki belt. But once I started talking to these women and saw how horrific their faces were, it was really difficult for me." Punjab, which includes the Seraiki belt, is an area stretching from central Pakistan to northwest India.

During the production, Obaid-Chinoy and Junge managed to interview on camera the husbands of Rukhsana and Zakia, who denied their crime and blamed their wives for it.

Depending on the culture and country where the attacks occur, Terry Morrison said community members can be inclined to assume the women had done something to deserve the attack. "So, they are often turned away when they go to hospital or police station. There is a willingness to believe that somehow this is justified."

John Morrison, Terry’s husband, is chair of the Acid Survivors Trust International. He added that it can be very hard to pursue justice for acid attacks, particularly when the crime occurs in a small rural community, where survivors’ families may be pressured not to tell the police. "There will be corruption of local police not to accept the case and there will be pressure from families and community to try to solve the problem within the local structures."

Morrison said the movie had already had a positive effect since the chief minister of Punjab, amid worldwide publicity about the Academy Award, had authorized "stringent laws" and free treatments for victims of acid attack in the region.

Would you like to Send Along a Link of This Story?
https://womensenewsp.wpengine.com/story/crime-policylegislation/120329/film-saving-face-too-dangerous-show-in-pakistan 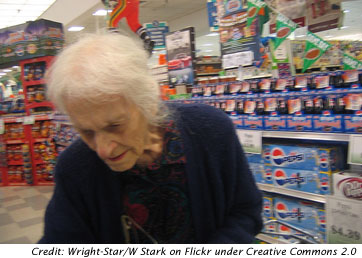 Women’s History Roundup: Make It More Than One Month